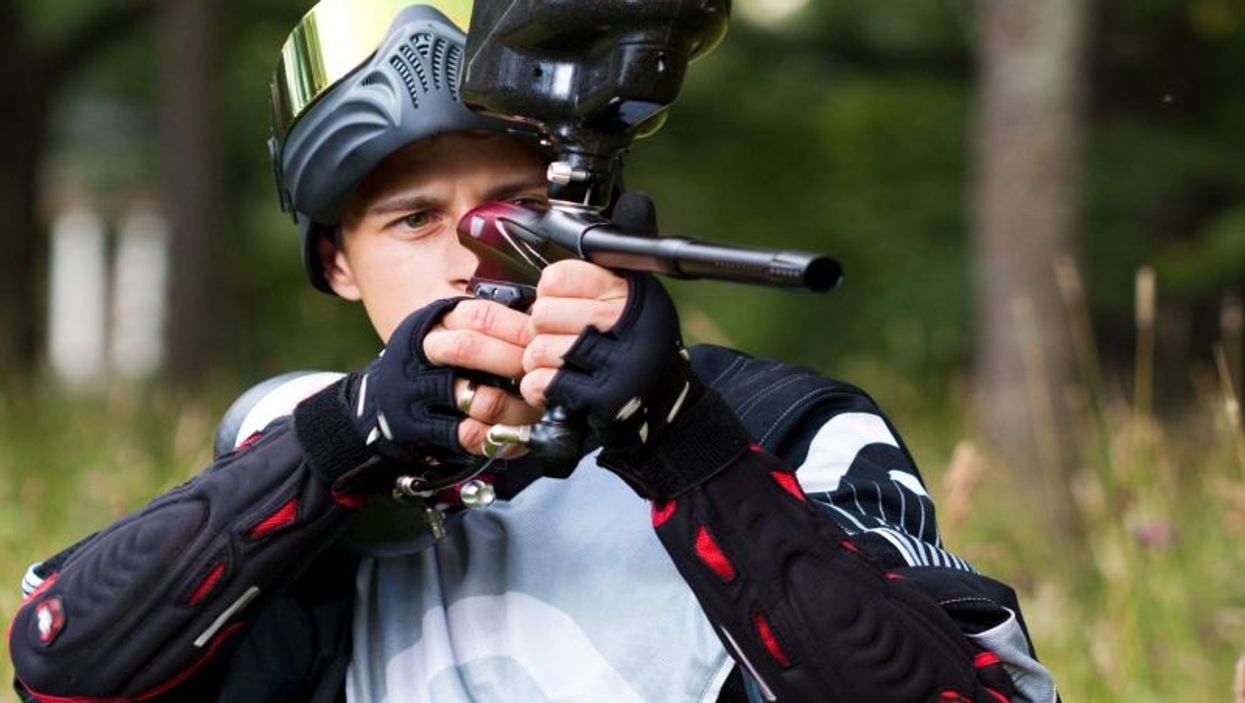 Basketball, cycling and baseball injuries to the eye occur more often than paintball-related eye accidents. But the popular air guns are far more likely to impair sight when an eye injury occurs, at least in the short term, researchers say.

"It's important to be aware of the threat to vision in these activities and wear safety glasses," said Gardiner, who wasn't involved in the study. "Simple preventive measures can solve almost all these problems."

The new report is the most extensive analysis of its kind, said lead author Dr. R. Sterling Haring, a research fellow at the Center for Patient Safety and Healthcare Quality at the University of Lugano in Switzerland.

"It gives us a better picture of what reality is in terms of these injuries and tells us where we need to act to prevent them," Haring said.

Haring and his colleagues analyzed a U.S. database on emergency room visits at more than 900 hospitals in the United States from 2010 through 2013. The researchers focused on nearly 86,000 reports of sports-related eye injuries.

Males accounted for 81 percent of the injuries overall, and the average age was 22. "Young males are playing more of these team sports where they're at risk," Haring said.

About half of the injuries occurred during four activities: basketball (23 percent), baseball and softball (14 percent) and air guns (12 percent). These were also, in this order, the top four causes of injuries in males. The top three causes of injuries in females were baseball/softball, cycling and soccer.

Despite accounting for a smaller percentage of emergency department visits, paintball and air-gun eye injuries led to 26 percent of cases involving vision loss, the researchers said. Long-term follow-up wasn't available, however, so it's not known if damage was permanent, the study authors noted.

Gardiner explained big objects like balls can fracture the bones around the eyes, while small projectiles, such as pellets, can injure or even rupture the eye itself.

The paintballs are especially dangerous because they're so small, Gardiner said.

Professional paintball organizers usually require players to wear eye protection. So what could explain these injuries?

Haring said, "I think this reflects that weekend warriors are going out and doing these things on their own with friends, and they're not using or not correctly using protective equipment. But we don't know for sure." Haring is also a graduate student at Johns Hopkins Bloomberg School of Public Health in Baltimore.

About 20 percent of the baseball-related injuries were "blow-out fractures," Haring said. These injuries occur when the bone around the eye is fractured, such as when the eye is struck by a baseball. "It's a big threat to your vision and a very serious injury," he said.

How can athletes protect themselves?

Gardiner said they should wear protective eyewear, such as safety glasses or goggles that have a tight seal. Sunglasses aren't enough, he noted, citing a person who was injured playing paintball. One paintball knocked off the patient's sunglasses and then another went directly into the eye, he explained.

Haring suggested that leagues "find a workable solution to introduce protective eyewear into sports like baseball and basketball, one that will work for everybody and still allow athletes to enjoy the game."

The study was published online Nov. 3 in JAMA Ophthalmology.

The American Academy of Family Physicians has more about sports-related eye injuries.

Black Americans Suffer More From Heart Disease: The AHA Wants to Change That

Does Parents' Nagging Kids About Screen Time Even Matter?

Parents' Age Key to Whether Kids Get Vaccinated Against COVID, Study Finds

College Kid Coming Home for Thanksgiving? Here's How to Keep Your Family Safe

Blacks, Hispanics Account for More Than Half of COVID Deaths: Study