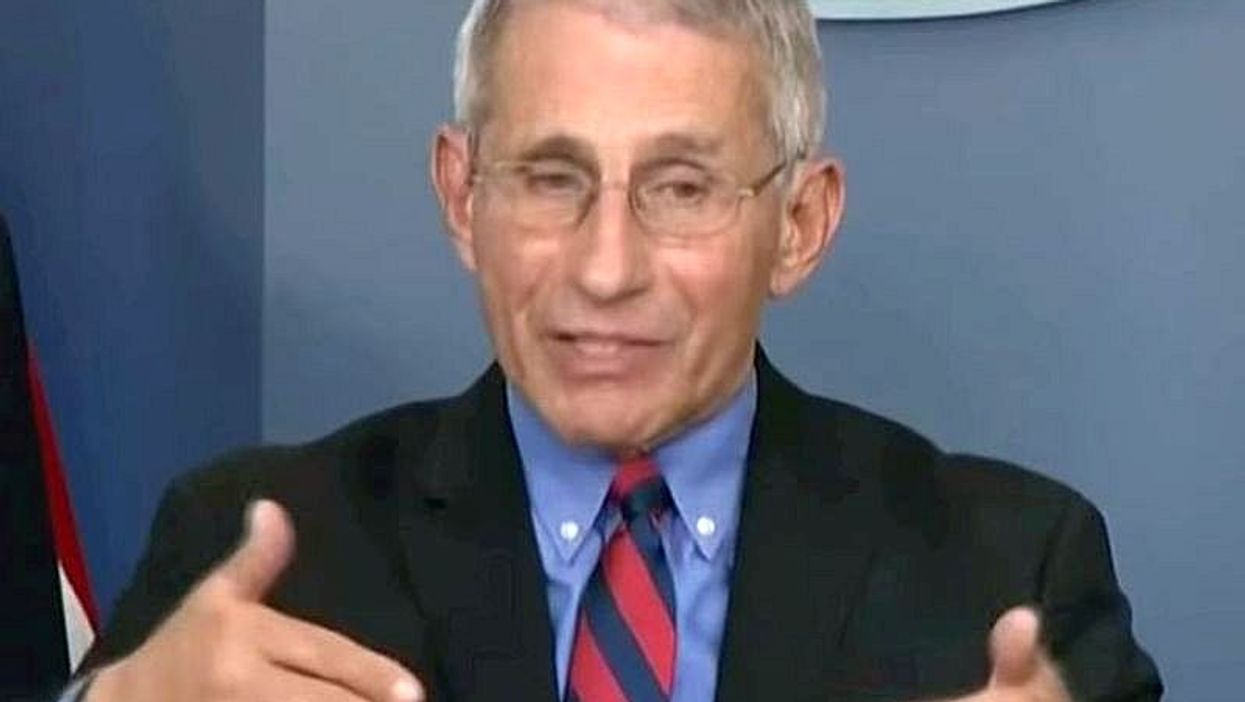 After expressing regret that face masks haven't been more widely adopted, Dr. Anthony Fauci said for the first time on Wednesday that the United States needs a nationwide mask mandate to combat the rising tide of coronavirus infections, the Washington Post reported.

Until now, Fauci has been reluctant to back such a sweeping policy, telling reporters in September that a national mandate "probably would not work," the Post reported. But in an interview with CNBC on Wednesday, Fauci said that he had hoped "we could pull together as a country" and recognize the importance of mask-wearing without the government getting involved, the Post reported.

When questioned whether it was time for a national mask mandate, Fauci said, "You know, yes. If we don't get one, I would hope that the mayors and the governors do it locally."

Earlier on Wednesday, Fauci was also asked about a potential mask mandate during a question-and-answer session hosted by the Journal of the American Medical Association. He stressed the key to avoiding future lockdowns was getting 90 percent or more of the population to wear masks, the Post reported.

Calling the prospect of a new round of stay-at-home measures "almost radioactive," Fauci said that Americans would have to "at least do the fundamental, basic things" if they want to avoid additional shutdowns. "What we can't have is this very inconsistent wearing that you see, where some states absolutely refuse to wear a mask," he said.

Meanwhile, hospitals across America were struggling as the new coronavirus struck with a vengeance in parts of the country that had been spared the worst in the early days of the pandemic.

The number of people hospitalized with COVID-19 has climbed an estimated 46 percent in the past month, straining the capacity of regional health care systems to respond to overwhelming demand, The New York Times reported.

Twenty-six states are at or near record numbers for new infections, the newspaper reported. More than 500,000 new cases have been announced in the past week, and no states are seeing sustained declines in case numbers.

The situation is grim in the Texas town of El Paso: The number of people hospitalized with COVID-19 has more than tripled over the past three weeks, and doctors at University Medical Center there have started airlifting some patients to hospitals as far away as San Antonio while treating others in a field hospital in a nearby parking lot, the Times reported.

States, cities and towns are responding to this latest coronavirus surge with new restrictions that range from a nightly business curfew in Newark, N.J., to a two-week stay-at-home order in El Paso, to a halt to indoor dining in Chicago, the Times reported.

By Thursday, the U.S. coronavirus case count passed 8.9 million while the death toll passed 227,600, according to a Times tally.

Several European countries are experiencing case surges as they struggle with another wave of coronavirus infections and hospital beds begin to fill up, the Post reported.

In England, Prime Minister Boris Johnson has instituted a three-tier lockdown in a bid to slow a startling spike in coronavirus cases across the country. In recent weeks, new coronavirus cases have quadrupled and there are now more COVID-19 patients hospitalized than before the government imposed a lockdown back in March, the Post reported.

Addressing the nation recently, Johnson warned Britons that the country's rise in cases was "flashing like dashboard warnings in a passenger jet."

Things are no better in India, where the coronavirus case count has passed 8 million, a Johns Hopkins tally showed.

More than 120,500 coronavirus patients have died in India, according to the Hopkins tally, but when measured as a proportion of the population, the country has had far fewer deaths than many others. Doctors say this reflects India's younger and leaner population.

Meanwhile, Brazil passed 5.4 million cases and had nearly 158,400 deaths as of Thursday, the Hopkins tally showed.

Cases are also spiking in Russia: The country's coronavirus case count has passed 1.5 million. As of Wednesday, the reported death toll in Russia was over 27,000, the Hopkins tally showed.

Worldwide, the number of reported infections passed 44.5 million on Wednesday, with nearly 1.2 million deaths, according to the Hopkins tally.