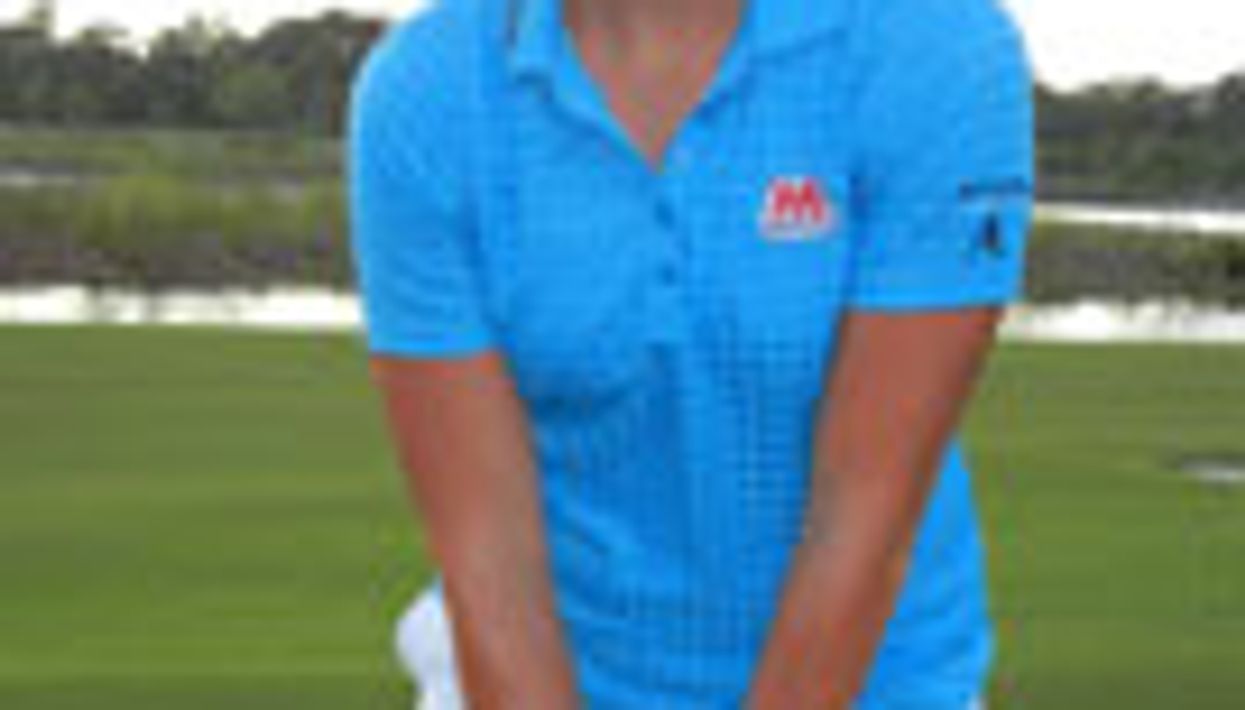 FRIDAY, May 24, 2013 (HealthDay News) -- As a world-class golfer, Stacy Lewis' accomplishments are remarkable. But it was a physical challenge in her childhood that defined her ascent to the top of her sport.

"I was an 11-year-old girl with my heart set on playing golf when my scoliosis was diagnosed by my orthopedic surgeon," said Lewis, who has become a spokeswoman for both the Scoliosis Research Society and the American Academy of Orthopaedic Surgeons so she can help others in the same situation. "[But] having scoliosis forced me to develop a strong sense of mental and physical toughness, which has benefited me to this day."

That toughness helped Lewis capture the Ladies Professional Golf Association's Player of the Year award in 2012. And in March, the 28-year-old claimed the top spot in the Woman's World Golf Rankings.

Scoliosis is a serious musculoskeletal disorder that leads to curvature of the spine and affects millions of Americans. According to the National Scoliosis Foundation, about 7 million people struggle with some degree of scoliosis, with those with a family history of the disorder facing a 20 percent greater risk for developing the condition themselves. In the vast majority of cases (85 percent), there is no identifiable cause for the telltale onset of body leaning, sideways spine curvature and uneven placement of shoulders, shoulder blades, ribs, hips or waist.

"Everyone has a curved spine," said Dr. Gary Brock, the Houston-based orthopedic surgeon who first diagnosed Lewis and has cared for her ever since. "But there is supposed to be a sway in the lower back and a roundness to the chest. In scoliosis patients, the spine rotates in various patterns that can result in lifelong progression of deformity and, in more severe cases, back pain and altered function of the heart and lungs."

Although the disorder can strike anyone at any age, it usually develops among pre-teens and teens, with girls eight times more likely than boys to develop curvature issues that require medical intervention.

Although only about 25 percent of pediatric cases are severe enough to require treatment of some kind, an estimated 30,000 American children get outfitted for a back brace each year. According to the U.S. National Institute of Arthritis and Musculoskeletal and Skin Diseases, these braces are designed to provide spinal support during the growth years and to prevent already noticeable spinal curvature from worsening.

Each year, another 100,000 patients with more severe curvature have bone fusion surgery -- and sometimes implantation of metal rods -- to achieve some measure of spinal straightening.

"My biggest challenge was wearing a brace for the next seven years [following diagnosis]," she said. "I wore that brace for 18 hours a day, taking it off only when I played golf. Golf became my escape."

After accepting a golf scholarship to the University of Arkansas, however, Lewis learned that bracing had not been enough.

"Normally, brace wear is completed when growth has stopped," Brock said. "For most girls, that happens around age 14, but Stacy continued to grow until she was 17 years old. Unfortunately, several months later her x-ray showed that the curve had continued to worsen and surgery was recommended."

"For six months after surgery, I wouldn't let Stacy take a full golf swing, but I did let her progress to putting at six weeks, and then chipping and pitches at three months," he said. "She became masterful at the short game, and went from being the No. 3 golfer on a very good high school golf team to the No. 1 amateur in the United States."

It was with her college success that Lewis began to appreciate "that people were reading about me and being uplifted [by my story]," she said. "I began corresponding with some kids with scoliosis who had reached out to me. So when I turned pro, I knew that as more and more people heard my story, the more I might be able to help them."

"Stacy Lewis faced her adversity head on, and is a shining example of handling difficult times with grace and determination -- never giving in and never giving up," Brock said. "I've told her story to thousands of kids, and I'm sure other doctors have too."

What is it about her story that Lewis most wants those kids to know?

"When I was told I had to have surgery to implant a metal rod and five screws into my back, I did not envision that I could be a professional athlete, let alone reach No. 1 in the world," she said. "In that way, it was a blessing in disguise. I learned that if I put in the effort and the time, I could reach my goals and even surpass them. You never know how high you'll be able to go if you don't let the condition define your limits."

For more on scoliosis, visit the Scoliosis Research Society or the U.S. National Institute of Arthritis and Musculoskeletal and Skin Diseases.