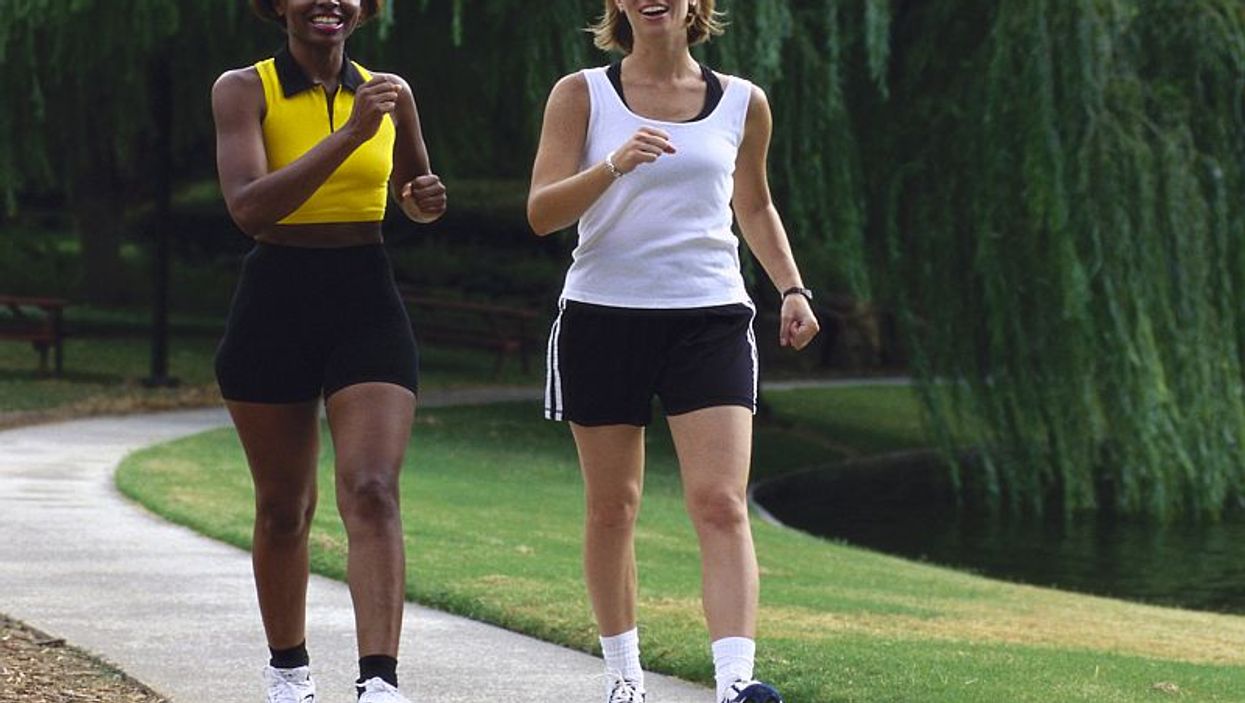 Keeping your arms straight while walking is much more energy-efficient than walking with bent arms, but arm position doesn't make much difference when running, a new, small study finds.

The study included eight university students -- ranging from casual runners to marathoners -- who were filmed while they walked and ran with bent and straight arms while on a treadmill.

"The hardest thing was running with straight arms," and all of the participants found the movement strange, said Andrew Yegian, a graduate student at Harvard University.

The participants repeated the running and walking tests again two weeks later, but this time breathed through a mask to measure their oxygen consumption. This enabled the researchers to calculate the participants' energy consumption with their arms in different positions.

The results were published online July 9 in the Journal of Experimental Biology.

Holding the arms bent while walking increased energy consumption by 11%, proving that walking with straight arms is by far the most energy-efficient option, the study authors said.

But there was little difference in energy consumption when having arms straight or bent while running.

"We didn't find any evidence that the energy cost was different between arm postures when running," Yegian said in a journal news release.

He said he had suspected that running with bent arms would be more efficient, "since that's what almost everyone does."

The findings don't provide an answer as to why runners bend their arms, but there must be some benefit unrelated to energy output, Yegian said.

The U.S. National Institute of Diabetes and Digestive and Kidney Diseases explains the benefits of walking.