See What HealthDay Can Do For You
Contact Us
February 15, 2019

Guys Can You Do 40 Push-Ups? Heart-Healthy Life May Be Yours 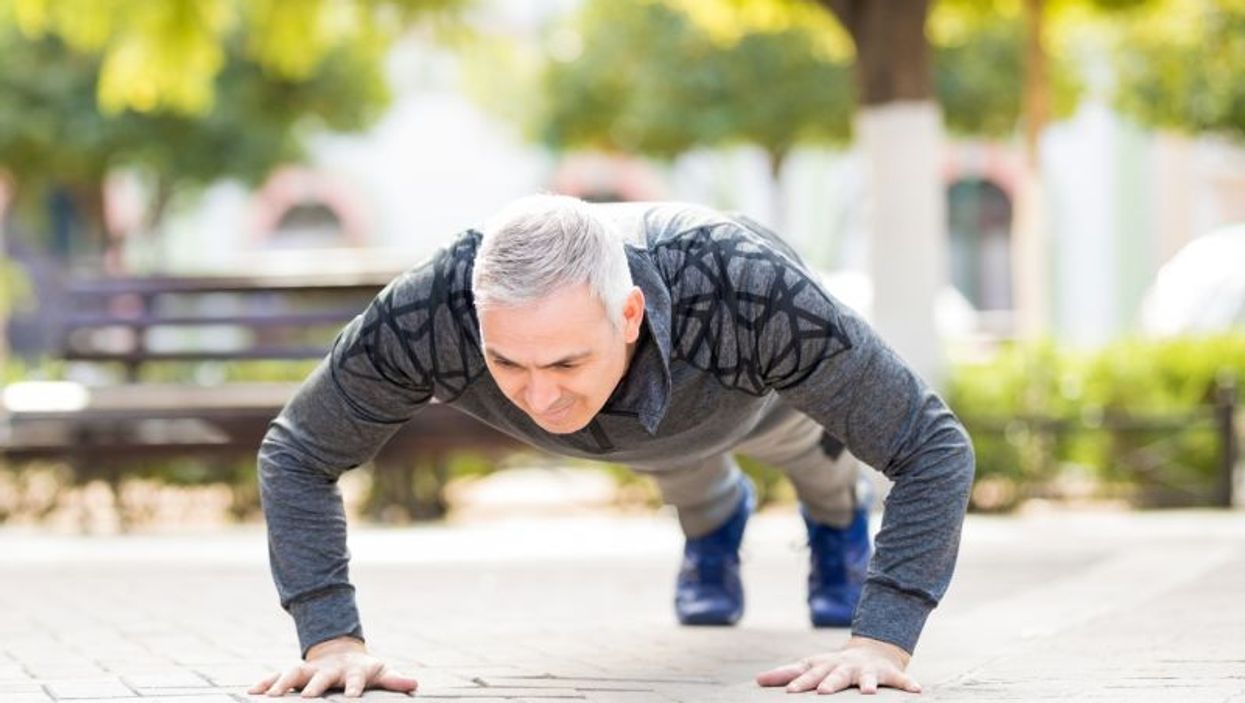 A new study suggests the number of push-ups a middle-aged man can perform might be an indication of his overall heart health.

Men who can do more than 40 at a time have a 96 percent reduced risk of heart attack, stroke and heart disease compared with men who could muster fewer than 10, according to findings published online Feb. 15 in JAMA Network Open.

"There was basically a dose response," said senior researcher Dr. Stefanos Kales, a professor of environmental health at Harvard T.H. Chan School of Public Health in Boston. "The more pushups you could do, the less likely you were to have a heart disease event."

It appears that push-up capacity may be a "marker of general physical fitness," Kales said.

"As you can well imagine, there are people who are world-class marathon runners who can't do very many pushups, and there might be people who are bodybuilders that can do a lot of push-ups but can't run very well," he added. "But we found in this study and other studies we've done, in general, push-up capacity and aerobic capacity are pretty well correlated."

For the study, Kales' team tracked the heart health of just over 1,100 active male firefighters for a decade, starting in 2000. The average age of the participants was about 40 at the study's start, and the group had an average body mass index (BMI) of 28.7, which is overweight. BMI is a measure of body fat based on height and weight.

The men's push-up capacity was measured at the study's start, and participants also underwent a treadmill test to check their aerobic capacity. Each man then underwent yearly physicals and filled out health questionnaires.

The researchers broke the men into five groups, based on increments of 10 push-ups, and ran the numbers to see if their push-up capacity accurately predicted heart problems.

Even after adjusting for age and BMI, the investigators found that the number of push-ups a man could perform predicted their risk of heart problems. Push-up capacity was more strongly associated with heart health than aerobic capacity as measured by a standard treadmill test, the study authors said.

Even so, doctors are likely to continue relying on stress treadmill tests as a measure of heart health, said Dr. Satjit Bhusri, a cardiologist with Lenox Hill Hospital in New York City.

Because the study only involved men, its results can't be applied to women. Kales suspects there would be a similar relationship, but it might have to be measured differently.

The push-up test might not accurately predict heart problems for everyone, added Dr. Gerald Fletcher, a professor of cardiovascular medicine with the Mayo Clinic in Jacksonville, Fla.

"That's not a good measurement, it really isn't, because many people have had musculoskeletal injuries," Fletcher said. "Some people have problems with their arms. I have an arm injury from when I was playing high school football, so I don't use my arms that much to do push-ups."

According to Dr. Guy Mintz, push-ups might be a better assessment for "physical fitness and cardiovascular health in professions that require increased physical abilities, such as police officers, firefighters or sanitation workers." Mintz is director of cardiovascular health and lipidology at Northwell Health's Sandra Atlas Bass Heart Hospital in Manhasset, N.Y.

Fletcher suggested that people who want to protect their heart health should try to get in 25 to 30 minutes of aerobic exercise most days of the week. Examples include walking on a treadmill, riding a stationary bike, or working out on an elliptical machine.

Mintz recommends the "rule of fours" to his patients.

The American Heart Association has more about the exercise stress test.