AHA: Soccer Is Called the Beautiful Game, But Injuries Can Make It a Dangerous One 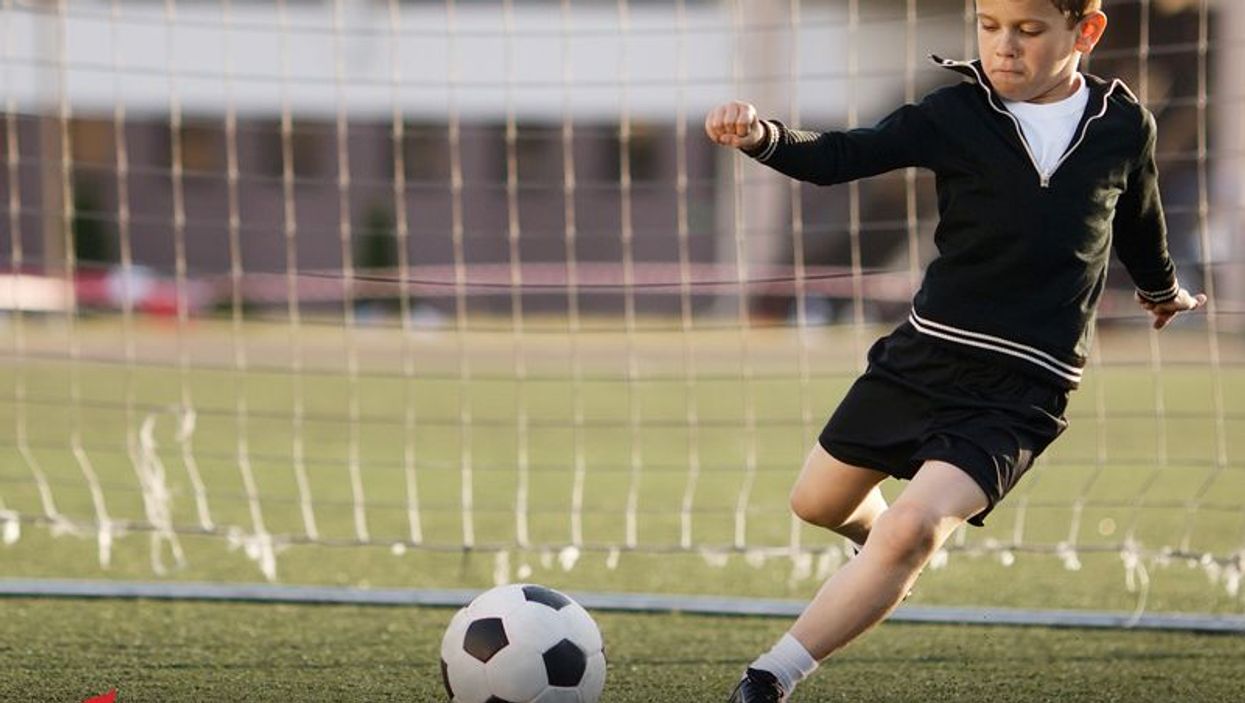 FRIDAY, July 13, 2018 (American Heart Association) -- With the final World Cup showdown this Sunday, frenzied fans have seen the best soccer has to offer.

They've also seen some of the worst injuries the sport can inflict.

While chasing down a ball during a game last month against Iran, Moroccan midfielder Noureddine Amrabat knocked heads with a rival so violently he awoke hours later in a hospital with a concussion -- and no memory of the match he'd just played.

But it's not just elite players who are susceptible to dangerous injuries from soccer, which has come under scrutiny in recent years for concussion management.

More than half of soccer-related concussions come from some type of "aerial challenge," where two players competing for a ball crash in mid-air at high speeds, said Dr. George Chiampas, chief medical officer for U.S. Soccer, the sport's national governing body.

The injuries could be from a head-to-head collision, or from an elbow or knee to the head. Sometimes, it's the ground that gives the noggin a good knock after the player falls or gets pushed down.

"What makes a concussion a very complex injury is that it's a difficult thing to see on any traditional imaging, or any biomarkers," said Chiampas, an assistant professor of emergency and sports medicine at Northwestern University in Chicago. "There's no blood test that can verify that someone has suffered a concussion."

Direct head collisions aren't the only perils to potential brain damage, however.

Recent studies have found that regularly "heading" soccer balls can cause cognitive problems. And a report published earlier this year suggests consistent headers may result in worse cognitive function than a direct hit from occasional collisions or recognized concussions.

Dr. Michael Lipton, a neuroscientist whose research focuses on "sub-concussive" impacts, said smaller but more frequent blows like those from heading a soccer ball often fly beneath the radar because they usually don't cause physical symptoms immediately.

But even regular recreational soccer players can easily head a soccer ball hundreds or even thousands of times in a single year, he said. That repeated impact, spread over several years, can have "an accumulating effect on the brain," said Lipton, a professor of radiology and psychiatry at Albert Einstein College of Medicine and Montefiore Medical Center, both in New York City.

"More extreme amounts of heading seem to create changes in the brain's microscopic structure, which then lead to changes in cognitive function," he said.

Specifically, research suggests that regular heading of the ball can impair memory, attention and executive function.

In a study published in April that looked at 308 amateur soccer players in New York City who played at least six months a year, participants who reported the most headings in a two-week period had poorer performance on tests for attention, memory and reaction time. Meanwhile, no such connection was detected between accidental head collisions or recognized concussions and cognitive function.

While Lipton's work looked at adults, similar findings over the years were enough in 2015 to prompt U.S. Soccer to ban heading by players 10 and younger. Headers also were limited to training practices for players 11 through 13.

Those restrictions got additional backing in May when a study presented at an American College of Sports Medicine meeting showed kids ages 9 to 11 who headed a ball at least once during a game had lower scores afterward on cognitive tests.

U.S. Soccer has invested deep resources and personnel over the years to address concussion prevention, management and awareness, Chiampas said. One of the first steps nearly four years ago was to hire him as the federation's first-ever chief medical officer.

U.S. Soccer also created the "Recognize to Recover" program, with guidance from medical experts, to reduce injuries among soccer players of all ages and to promote safe play by everyone in and around the soccer field.

"We're establishing a culture of safety within our games that we want to become innate across the United States," Chiampas said, "not just for our players, but for coaches, referees and even parents."