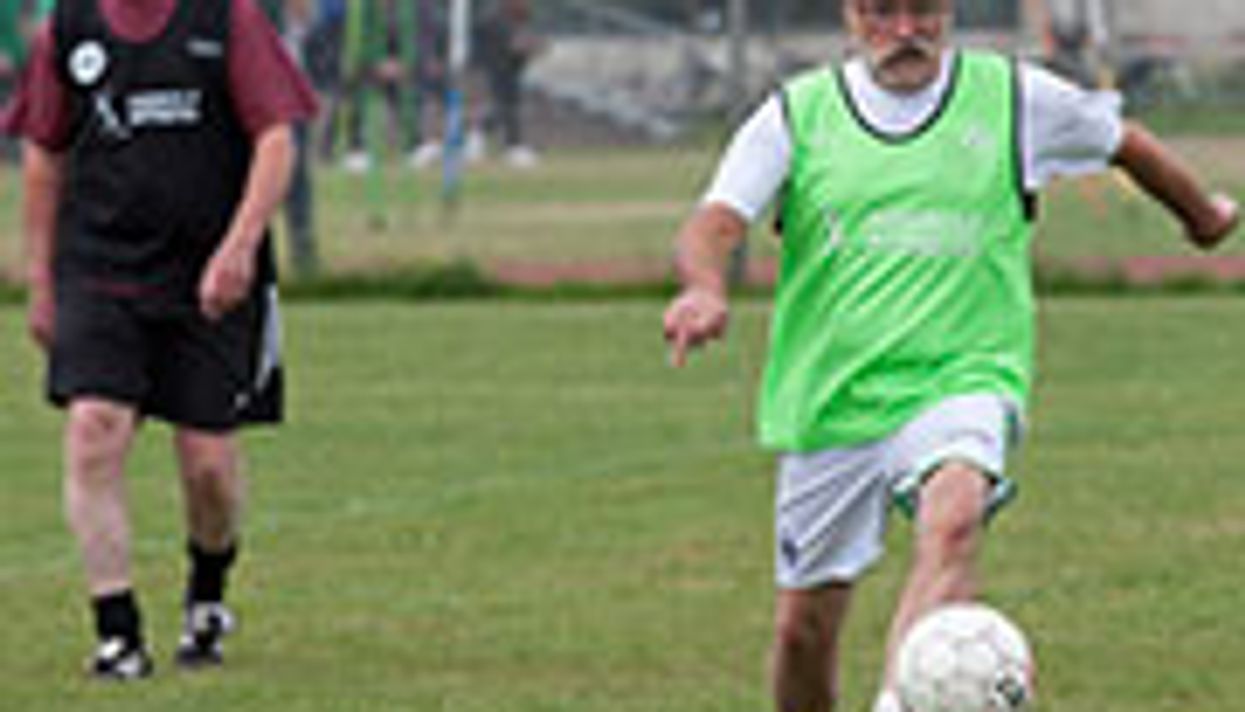 Not so: A new Danish study finds that the game Europeans call "football" can bring serious health benefits to men in their 60s and beyond.

"The results provide strong evidence that football is an intense, versatile and effective form of training, including for untrained elderly men," study leader Peter Krustrup, of the Copenhagen Center for Team Sport and Health at the University of Copenhagen, said in a center news release.

The new research included 27 inactive men, ages 63-75, who were assigned to do either soccer training, strength training or no training at all. The two training groups did two one-hour workouts each week for a year.

All of the participants underwent physical tests at the start of the study and again after four and 12 months.

The results of the study were published online recently in the Scandinavian Journal of Medicine and Science in Sports.

Krustrup said that after the soccer training and play, the formerly inactive men "improved their maximum oxygen uptake by 15 percent and their performance during interval exercise by as much as 50 percent by playing football for one hour, two times per week, over four months. Moreover, muscle function was improved by 30 percent and bone mineralization in the [neck of the thigh bone] increased by 2 percent."

The take-home message: "It is definitely never too late to start playing football," Krustrup said. He believes that soccer "boosts physical capacity and heart health, and minimizes the risk of falls and fractures in elderly men who have never played [the game] before or have not played for decades."

Those benefits enhance life off the field, too. "The remarkable improvements in aerobic fitness and muscle strength make it easier for the players to live an active life and overcome the physical challenges of everyday life such as climbing stairs, shopping, cycling and gardening. This benefits not only the players themselves, but also their families and friends," Krustrup noted.

The U.S. National Library of Medicine has more about seniors and exercise.