Bouncing From 'Jump Park' Trampolines Into the ER 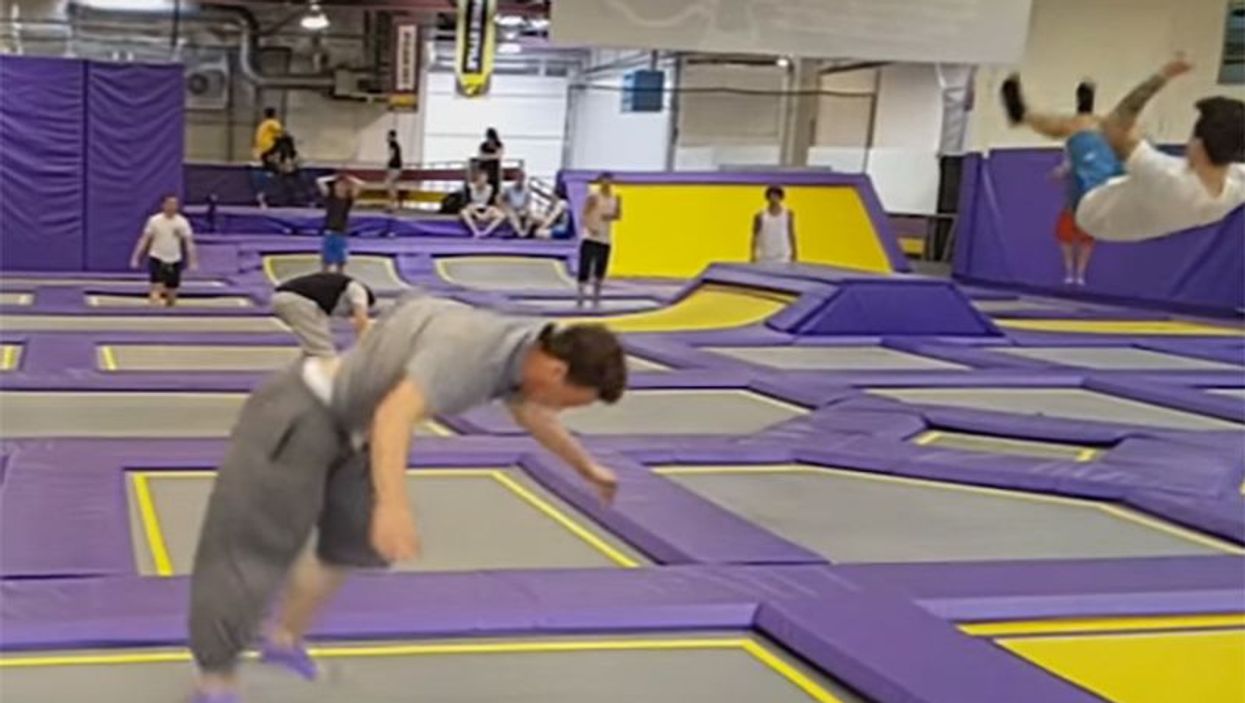 TUESDAY, Feb. 5, 2019 (HealthDay News) -- Bouncing around at a trampoline park can be great fun, but a new study warns it can also be an invitation to sprains, strains and broken bones.

Nationwide, more than 100,000 emergency room visits were related to trampoline injuries in 2014, according to the latest data from the U.S. Consumer Product Safety Commission.

Injuries that occur at a jump park are typically more severe than those that happen on a home trampoline.

"Emergency room visits, hospitalizations and surgical interventions are not uncommon in children and adults due to jump park-related injuries," said lead researcher Dr. Jesse Doty, an orthopedic surgeon at the University of Tennessee Health Center in,Chattanooga.

Jump park trampolines have a stronger bounce than home ones, he noted, and parks place obstacles around the trampolines to make the experience more exciting. Trampolines at parks also are interconnected and can have different slopes. Finally, many people jumping at the same time increases the chance of collisions.

"Similar to a skateboard park or bicycle park, these parks incorporate games, obstacles and various geometric configurations," Doty said. "It's just like any sport you participate in, except I think, it's substantially more dangerous."

For the study, his team looked at 439 trampoline injuries reported over two years.

While more injuries occurred on home trampolines (66 percent), more than half of those injured at jump parks involved fractures or dislocations.

Forty-five percent of adults' fractures happened at trampoline parks, compared to 17 percent at home. Adults were more than twice as likely to need surgery for a jump park injury than for home trampoline injuries.

Among kids, 59 percent of fractures happened at jump parks and 47 percent at home, researchers found.

"We see cases of trampoline injuries every day, as they have become a part of the contemporary lifestyle," said Dr. Qusai Hammouri, director of spine and pediatric orthopedic surgery at Staten Island University Hospital, in New York City.

The true extent of the problem, however, still isn't known, he said.

"This paper tells us how many people were injured in a given time period, but we don't know how many people went to the trampoline park in that area," Hammouri said. If that were known, one could calculate the risk anyone has when going to these attractions, he added.

Dr. Teresa Amato is head of emergency medicine at Northwell Health's Long Island Jewish in Forest Hills, New York City. She noted that many injuries at jump parks are collisions.

"More people make it more dangerous in a bouncing situation," she said. "I don't think I would have a kids party at a trampoline park. As a mom and an emergency room doc, it's probably not a good idea."

The report was recently published in the Journal of the American Academy of Orthopedic Surgeons.

To learn more about the risks of trampolines, visit the American Academy of Pediatrics .