It's Yoga to the Rescue for Prostate Cancer Patients

Study suggests the ancient practice might ease side effects of therapy 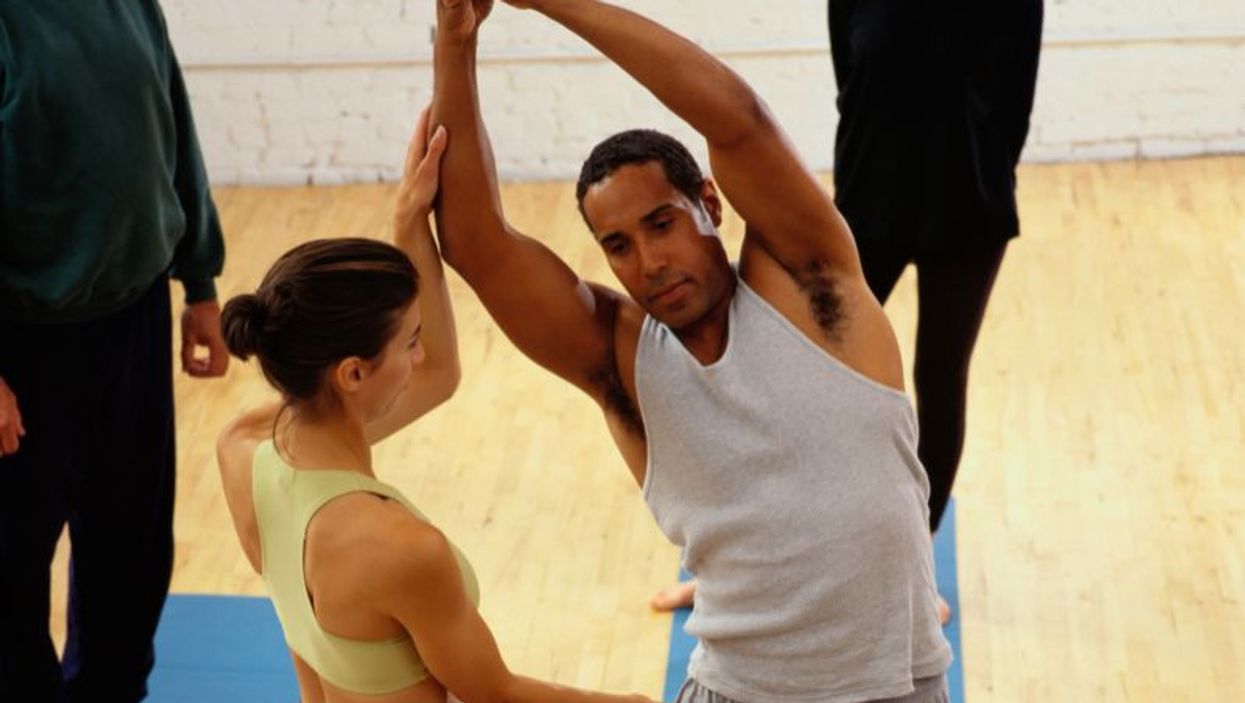 Novice yoga practitioners had renewed energy and fewer of the sexual and urinary symptoms tied to radiation treatment, compared with men who didn't use the technique, the study found.

"Levels of patient-reported fatigue are expected to increase by around the fourth or fifth week of a typical treatment course, but that did not happen in the yoga group," said lead researcher Dr. Neha Vapiwala. She's an associate professor of radiation oncology at the University of Pennsylvania.

According to the researchers, up to 85 percent of men who undergo radiation therapy for prostate cancer experience erectile dysfunction, often because they are also taking testosterone-depleting treatments. Many men also report great fatigue after radiation therapy.

Would the age-old practice of yoga help ease that burden?

Twenty-two of the patients attended a structured yoga class two times a week while undergoing radiation therapy, while 28 others did not do yoga and served as a comparison group.

Each yoga session lasted 75 minutes and included sitting, standing and reclining positions that were modified to suit each patient's needs and restrictions.

Vapiwala's group reported that men who attended yoga classes had less fatigue and better sexual and urinary function than those in the other group, based on self-reported questionnaires.

Overall, fatigue levels for men taking yoga fell as the classes went on, while they rose for men not in the classes, the research showed.

And while sexual functioning scores dropped for men in the non-yoga group, there was no change noted for those taking the yoga classes.

"Yoga is known to strengthen pelvic floor muscles, which is one of several postulated theories that may explain why this group did not demonstrate declining scores, as seen in the control group," Vapiwala reasoned in a university news release. "That may also explain the yoga patients' improved urinary function scores, another finding of this trial," she said.

As for feeling tired, "both the severity of the fatigue as well as the patients' ability to go about their normal lives appeared to be positively impacted in the yoga group," Vapiwala said.

The study was funded by grants from the American Cancer Society and the Prostate Cancer Foundation, and was published recently in the International Journal of Radiation Oncology, Biology, and Physics.