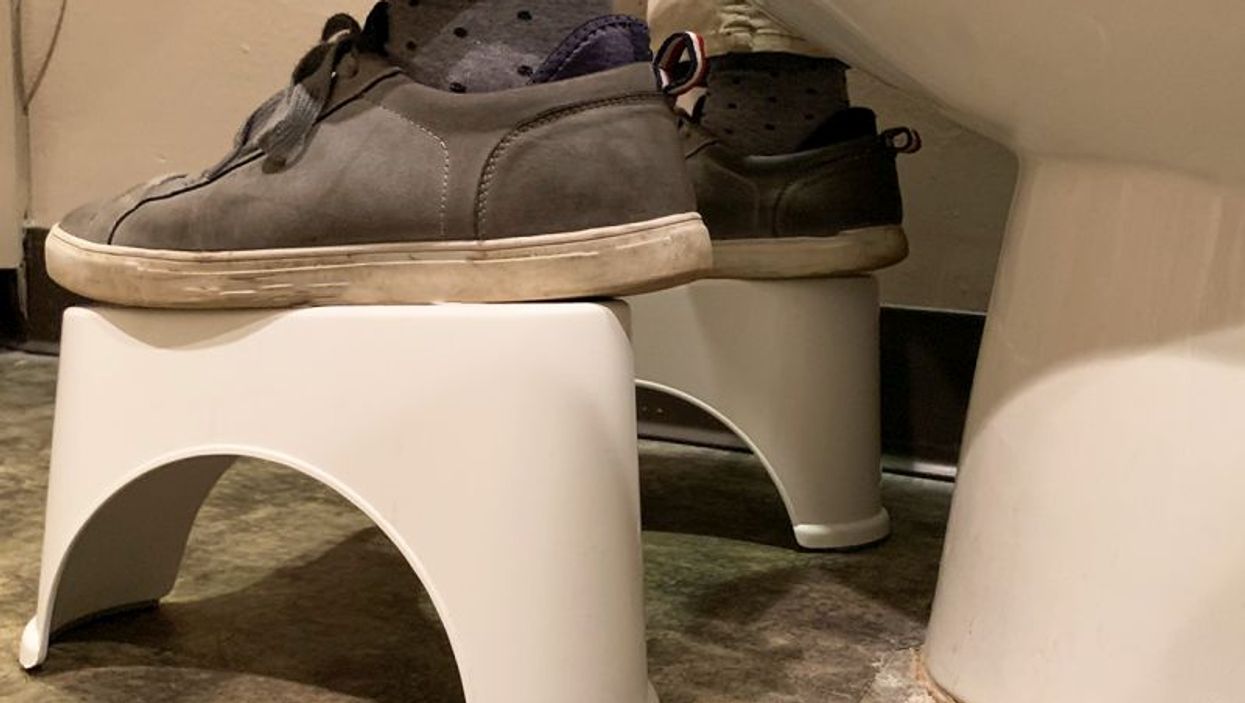 "These toilet stools became popular through things like viral videos and social media, but there was really no medical evidence to show whether or not they are effective," said researcher Dr. Peter Stanich. He is an assistant professor of gastroenterology, hepatology and nutrition at Ohio State University.

"This study shows that these simple devices may help symptoms like constipation, bloating and incomplete emptiness, and can help people have more comfortable and effective bowel movements," he said in a university news release.

The study included 52 participants, average age 29, and 40 percent were women. Even though the study participants were healthy, 44 percent said they strained during a bowel movement and one-third said they had difficulty completely emptying their bowels.

After four weeks of using a toilet stool, 71 percent of the participants had faster bowel movements and 90 percent reported less straining, according to the study published online recently in the Journal of Clinical Gastroenterology.

"Importantly, at the conclusion of the study, two-thirds of participants said they would continue to use a toilet stool," Stanich said.

A toilet stool under the feet improves body position while having a bowel movement. The body is meant to be in a squatting position, but sitting on a toilet causes a bend in the rectum that makes it more difficult to have complete bowel movements, Stanich explained.

Bowel movement problems can cause bloating, constipation and hemorrhoids, and lead to serious health problems such as damage to the pelvic floor and hernias. One in six Americans experiences constipation.

"I would encourage everyone with bowel problems, constipation or diarrhea to make sure they discuss it with their doctor. Not only can your doctor likely help you feel better, but it may head off more serious disease down the road," Stanich said.

Rachel Shepherd is a physical therapist at Ohio State Wexner Medical Center, who specializes in treating pelvic floor disorders. "Bowel movements are difficult to talk about, and not a lot of people want to bring up their constipation," she said.

"But if there's something as simple as changing the position by adding a stool, then that's an easy fix that anyone can add in," she suggested.

There's more on constipation at the U.S. National Institute of Diabetes and Digestive and Kidney Diseases.