See What HealthDay Can Do For You
Contact Us
February 4, 2008

Toy Magnets Can be a Very Real Threat 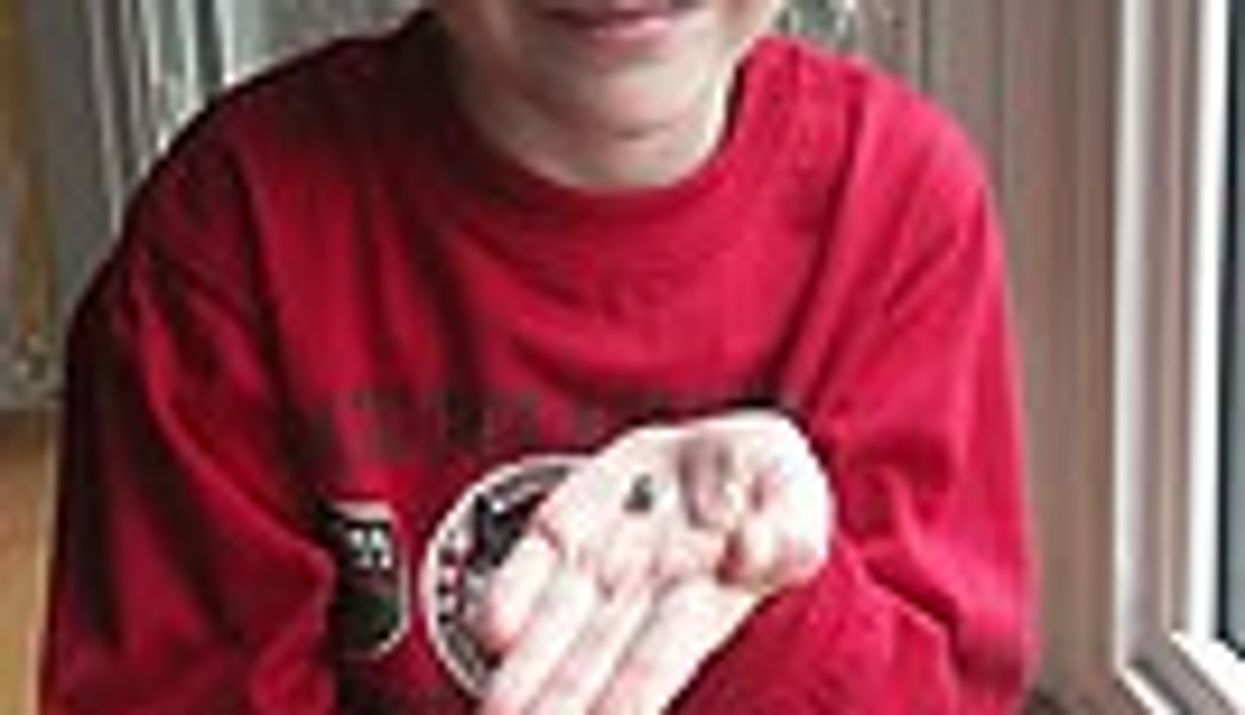 MONDAY, Feb. 4, 2008 (HealthDay News) -- This is the story of a little boy who swallowed a magnet and wound up in the hospital.

After the first ingestion, he confessed to his mom, Jill Eberle, whose first reaction was that the magnet would pass through her son's system without a problem. "People swallow pennies of the same size every day," she said. "They're smaller than an eraser."

But by dinnertime on the day after Braden swallowed the second magnet, he developed stomach pains. His mother thought it was either the flu or the magnets. "The magnets never left my mind," she said.

The next morning, with Braden still in pain, the family's doctor told them to go straight to the emergency room where an X-ray revealed the two magnets were stuck together.

But not stuck together the way you would think. Each had been ingested separately and both were in different segments of the intestine.

"They were attracted to each other with the wall of each segment they were in stuck together," said Dr. Sanjeev Dutta, the pediatric surgeon at Good Samaritan Hospital who would operate on Braden later that day. "Because they were so powerful, the wall of the intestine was getting squeezed, squeezed, squeezed, and then it just necrosed, or kind of rotted away, and created a hole between the two."

Dutta, who is also an assistant professor of surgery and pediatrics at Lucile Packard Children's Hospital of Stanford University (which provides pediatric surgical services to Good Samaritan), has co-authored an article on the episode, which is published in the February issue of the Archives of Pediatric and Adolescent Medicine.

According to the U.S. Consumer Product Safety Commission (CPSC), there has been at least one death attributed to magnet ingestion, and at least 19 children required surgery after they swallowed magnets or pieces of metal (that can get stuck to the magnet).

"It's a serious thing," Dutta said.

About two weeks later, the CPSC updated an earlier warning about magnet-containing toys. Several construction sets, similar to the one Braden played with, have since been recalled.

Dutta wants to make sure that parents are aware of this risk. "It seems like such a benign thing," he said. "[But] these things look like candy to a 3-year-old."

"It all happened because of a toy," Eberle added. "I didn't comprehend it. It was surreal. . . He knew to run to us. That probably saved him. He knew to tell us that, thank God, or I would've thought it was the flu. It makes me so angry."

For her part, Jill Eberle started getting rid of all magnetic toys in her house, even the huge ones. But 10 months later, she is still finding the little pieces.

They're stuck to the side of a wall or a computer table," she said. "They're not gone yet."

The Consumer Product Safety Commission has a safety warning on magnets.