But finding can't show whether drugs are directly responsible 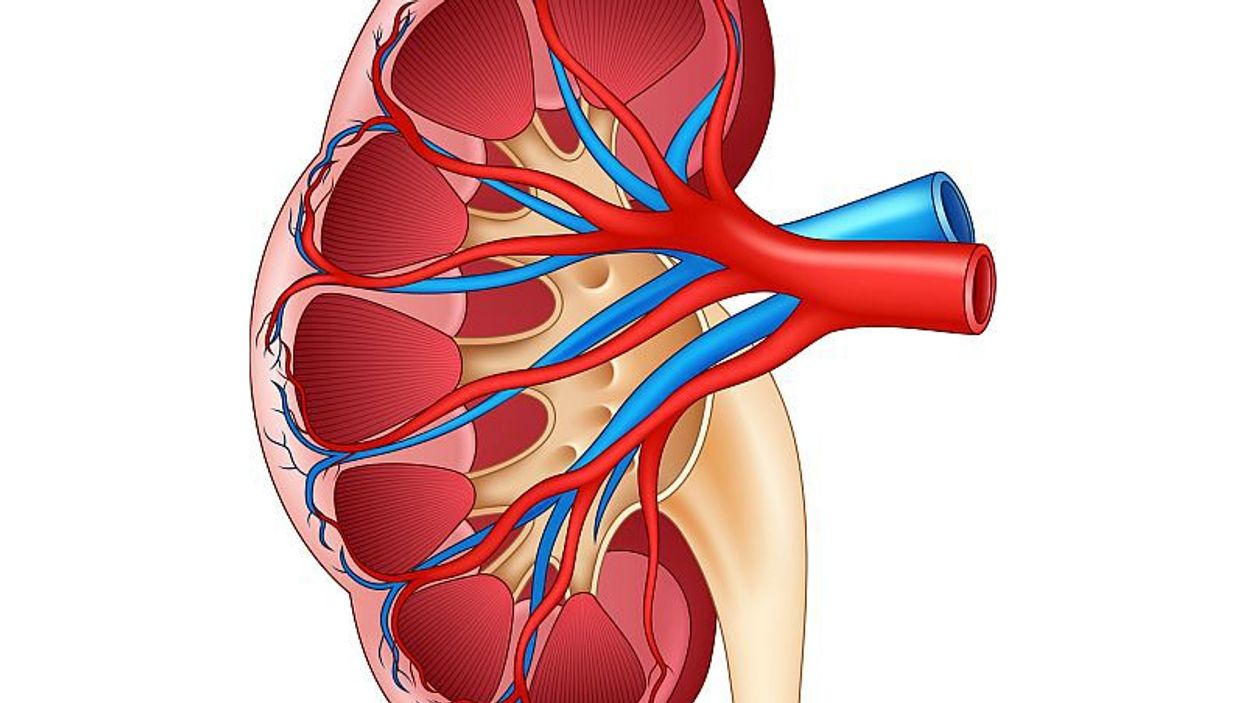 THURSDAY, April 14, 2016 (HealthDay News) -- People who use certain drugs for chronic heartburn may be at increased risk of developing kidney disease, a new study suggests.

The research is the latest to highlight potential risks from drugs called proton pump inhibitors (PPIs). PPIs include prescription and over-the-counter drugs, such as Prilosec, Prevacid and Nexium.

But prolonged use of PPIs has been linked to certain nutrient deficiencies and bone-density loss. According to the U.S. Food and Drug Administration, bone fractures are considered a safety concern when people use PPIs for a year or more.

More recently, research has hinted at additional hazards. Last year, for example, a study tied the medications to a slight increase in heart attack risk.

However, neither that study nor this new one prove that PPIs are directly to blame for these problems.

"I cannot say for certain that this is cause-and-effect," said Dr. Ziyad Al-Aly, one of the researchers on the current study and a kidney specialist with the Veterans Affairs St. Louis Health Care System.

His team found that PPI users were more likely than people on other heartburn medications to develop chronic kidney disease or kidney failure over five years.

The researchers did try to rule out other possible explanations, such as PPI users being older or in poorer health. But, Al-Aly said, there could still be other factors that account for the higher kidney risk.

Despite the uncertainty, Al-Aly said the findings underscore an important point: People should use PPIs only when it's medically necessary, and for the shortest time possible.

"I think people see these medications at the drug store and assume they're completely safe," Al-Aly said. "But there's growing evidence they're not as safe as we've thought."

A doctor who specializes in treating chronic heartburn agreed.

A key problem is that many people take PPIs when they're unnecessary, or take them for too long, said Dr. F. Paul Buckley. He is surgical director of the Heartburn & Acid Reflux Center at the Scott & White Clinic, in Round Rock, Texas.

For occasional heartburn, PPIs are not appropriate -- or even helpful, Buckley said.

So, he said, people should first make sure they have true gastroesophageal reflux disease (GERD) -- where stomach acids chronically rise up into the esophagus because of weakness in a muscle between the esophagus and stomach.

About 20 percent of Americans have been diagnosed with GERD, according to the U.S. National Institute of Diabetes and Digestive and Kidney Diseases. Heartburn is a symptom, and people who suffer heartburn more than twice a week may have GERD, the institute says.

PPIs are powerful stomach acid suppressors, Buckley said, and they do work well for people with more-severe reflux. If someone has inflammation in the esophagus or an ulcer, for instance, PPIs can allow those problems to heal, he explained.

But diet and other lifestyle changes are also vital, according to Buckley. And after a patient has used a PPI for a month or so, it's often possible to "step down" to an H2-blocker and lifestyle changes.

When people are "severe refluxers," and can't drop their PPI, Buckley added, surgery to address the underlying problem might be an option.

The new study findings are based on medical records from over 173,000 VA patients who were prescribed a PPI and over 20,000 other patients prescribed another class of heartburn drug called H2-blockers. Those include brands like Zantac, Pepcid and Tagamet, which are also available over-the-counter.

Over five years, 15 percent of PPI users were diagnosed with chronic kidney disease, versus 11 percent of those on H2-blockers. After the researchers weighed other factors, PPI users still had a 28 percent greater risk.

And, Al-Aly said, the risk increased the longer people used the medications: Patients on PPIs for one to two years had a threefold higher risk of kidney failure than those who used the drugs for a month or less.

Al-Aly said he could only speculate on how PPIs could contribute to kidney disease. But past research has linked the drugs to cases of acute kidney inflammation, he said. It's possible, he added, that some PPI users develop cases that go undiagnosed and eventually lead to chronic kidney disease.

Deficiency in the mineral magnesium could also play a role, according to Al-Aly. Because PPIs block stomach acids, they can lower the body's absorption of certain nutrients, including magnesium.

Of course, many heartburn sufferers do use PPIs with no problems, Buckley noted. But, he added, people should be aware there are potential risks.

"They should also be aware we have really good alternatives," he said.

The study was released online April 14 in the Journal of the American Society of Nephrology.

The U.S. National Institute of Diabetes and Digestive and Kidney Diseases has more on GERD.