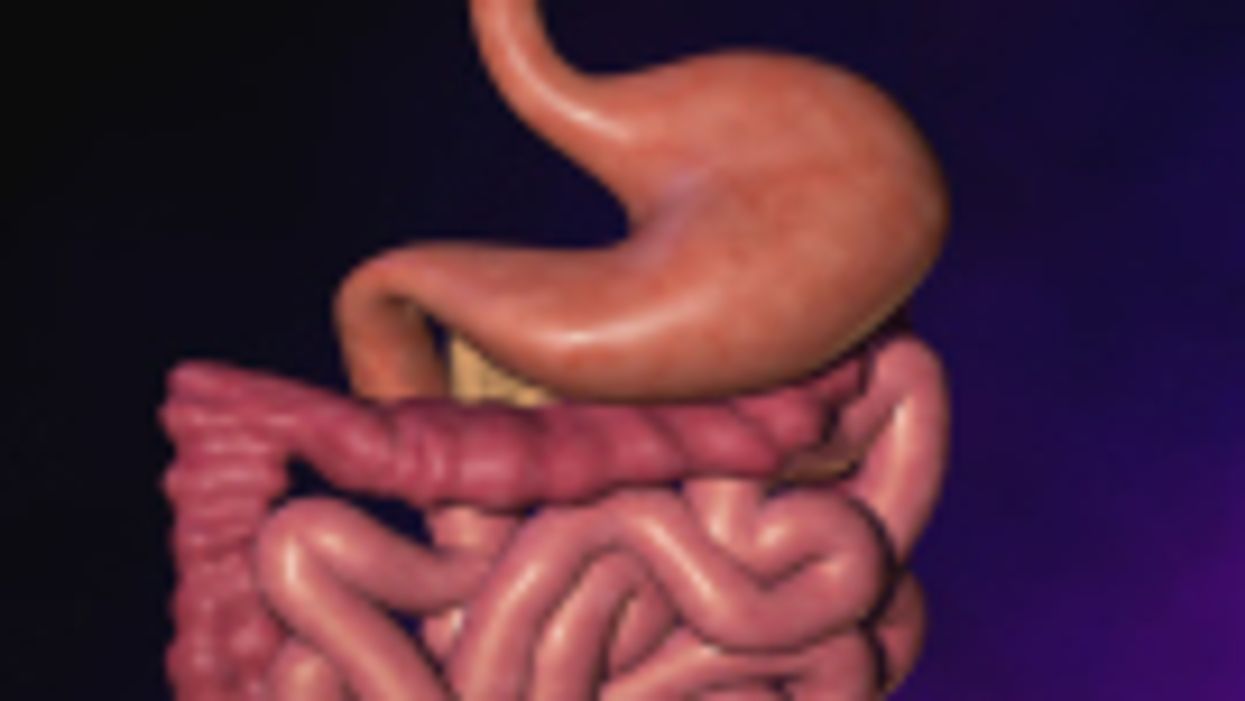 WEDNESDAY, Feb. 20, 2013 (HealthDay News) -- An implanted magnetic device could offer a new treatment option for people with chronic heartburn that is not controlled with medication, a small study suggests.

The study, reported in the Feb. 21 issue of the New England Journal of Medicine, tested a newer approach to taming stubborn cases of gastroesophageal reflux disease (GERD) -- one of the most common health conditions diagnosed in the United States.

GERD arises when the ring of muscle between the esophagus and stomach fails to close properly, allowing stomach acids to splash up into the esophagus. The main symptom is chronic heartburn.

For people who have frequent heartburn -- more than twice a week -- the go-to medications are the so-called proton pump inhibitors, such as Prilosec, Prevacid and Nexium. But studies estimate that up to 40 percent of people on those drugs do not get enough relief.

The new study included 100 such GERD patients. They all received an implant -- a bracelet-like device composed of magnetic beads -- that wraps around the portion of muscle where the esophagus joins the stomach. The point is to "augment" the muscle and prevent stomach acid reflux.

After three years, researchers found, 64 percent of the patients had their acid reflux cut by at least half. And 87 percent had been able to stop taking their proton pump inhibitors altogether.

It's estimated that Americans spend $14 billion a year on prescription proton pump inhibitors. Because of the costs and potential side effects, many people would like to drop the drugs, said Ganz, an associate professor at the University of Minnesota in Minneapolis.

He cited bone-thinning as one potential long-term side effect. "A lot of women do not want to be on proton pump inhibitors for that reason in particular," Ganz said.

The device his team studied is already approved in the United States and marketed as the LINX Reflux Management System by Torax Medical, Inc., which also funded the study.

Ganz said he could envision the device as an option for "some fraction" of the 20 million to 30 million Americans who take a daily medication for GERD symptoms.

There are, of course, less extreme ways to manage your heartburn. Diet changes and weight loss often help, and if your heartburn is milder, over-the-counter antacids or drugs called H2 blockers -- brands like Zantac and Tagamet -- may be enough.

Proton pump inhibitors, which block acid production, are often recommended for people with more frequent heartburn. If that doesn't work, surgery is typically seen as the last-ditch option.

Traditionally, that has meant a 50-year-old procedure called Nissen fundoplication, where the upper part of the stomach is stitched around the lower end of the esophagus.

Performed by an experienced surgeon, that procedure is very effective, said Dr. F. Paul Buckley III, director of general surgery at the Heartburn and Acid Reflux Center, Scott and White Clinic in Round Rock, Texas.

The problem, though, is that the surgery creates a rigid ring around the esophagus, explained Buckley, who was not involved in the new study. That often leaves patients with difficulty swallowing or with other natural bodily functions -- including belching and vomiting.

The LINX device, Buckley said, is designed to be "dynamic," expanding when food passes through, then quickly contracting again to prevent reflux.

"I think this will have a significant effect on how we treat GERD," Buckley said.

However, the device is not without problems: Two-thirds of the study patients had difficulty swallowing at first, although that dropped to 11 percent after one year, and 4 percent after three years.

"The device seems to be a reasonable and fairly effective alternative," said Dr. Sigurbjorn Birgisson, a gastroenterologist and director of the Center for Swallowing and Esophageal Disorders at the Cleveland Clinic.

It might be an option for people who do not find relief from medication -- or cannot stick with long-term drug treatment because of side effects or expense, according to Birgisson, who was not involved in the study.

He added, though, that there should be further studies that compare the device with existing therapies, and look at the long-term effects.

Ganz agreed. The long-term risks are one question. So far, Ganz said, none of the patients in this study has seen the device erode or "migrate" from its intended location. But they have only been followed for a few years.

For his part, Buckley noted that there is a long history of failed therapies in the GERD world. One example is the Angelchik prosthesis, a doughnut-shaped silicone implant developed in the 1970s that wrapped around the junction between the esophagus and stomach. At first, it seemed to work well, but then doctors found high rates of longer-term complications; many people had lasting problems with swallowing, and in some cases the device eroded or slipped out of place.

The LINX device is designed much differently, but no one yet knows how it fares in the long run.

The estimated cost of the device was not available at publication time. The procedure is not currently available at most hospitals. Right now, Buckley said, only certain medical centers in the United States offer it.

Learn more about GERD treatments from the U.S. Agency for Healthcare Research and Quality.