See What HealthDay Can Do For You
Contact Us
January 31, 2018

'IV Lounges' Are the Latest Health Fad, But Are They Safe? 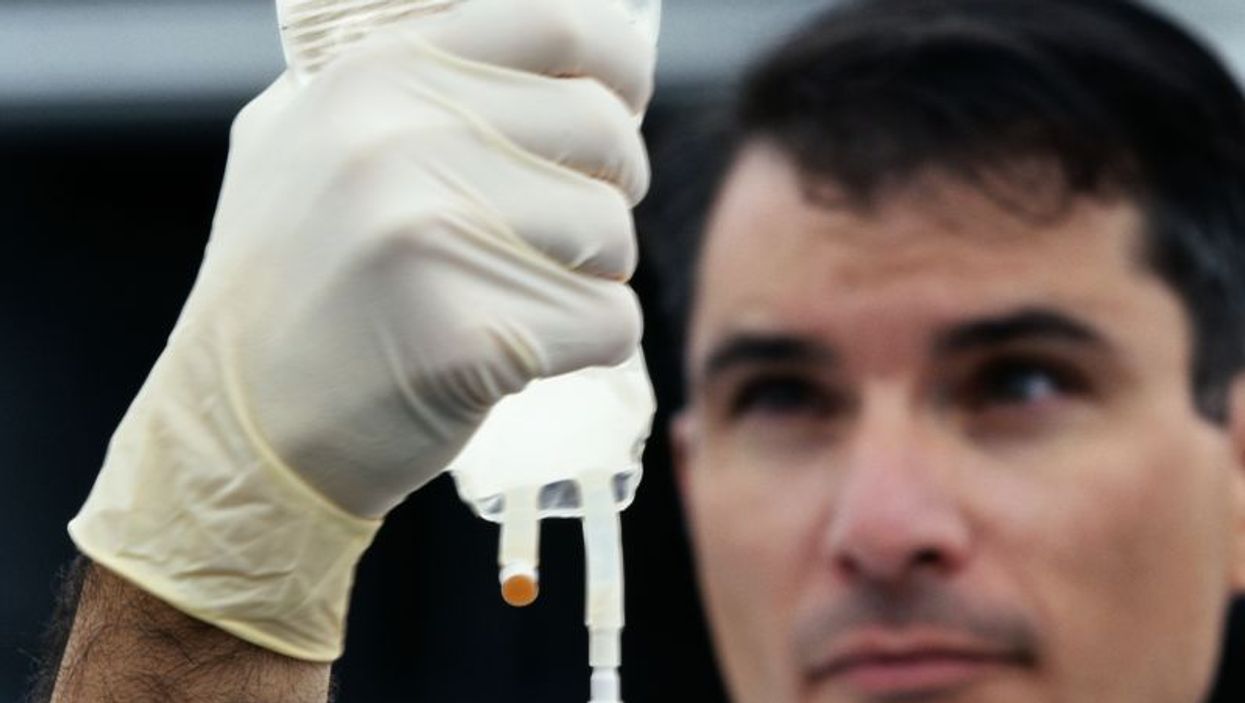 But experts say these lounges are at best a waste of money and at worst potentially dangerous.

"The whole thing is really nonsense," said Dr. Stanley Goldfarb, a professor of medicine with the University of Pennsylvania Perelman School of Medicine. "It's just catering to people's sense that they're taking their health into their own hands."

The IV lounge craze has been spurred on by reports of use by the likes of Rihanna, Cindy Crawford and Simon Cowell. B-list celebrity Lisa Rinna embraced IV treatment on her reality show, "The Real Housewives of Beverly Hills," with both her and her daughters receiving an intravenous drip in her own living room.

People who go to an IV lounge are offered a variety of different intravenous fluids containing a blend of saline, vitamins and medicines targeted to their needs. For example, a hangover IV bag also typically contains anti-nausea medications.

Treatment costs range from roughly $80 to $875. The practice is generally unregulated, raising concern among the medical community that fast-buck operators could hurt people through unsafe practices, Goldfarb said.

IV lounges are remarkably adaptive to whatever is happening in the national moment. Right now, many lounges are offering drips containing "immunity-boosting" vitamins to flu victims during this severe influenza season.

Elaine Wozniak, owner of the Hydration Lounge in Tucson, Ariz., said she's provided fluids to about 40 flu patients in her lounge within the past couple of weeks -- some were referred to her by local family doctors and nurse practitioners.

"Arizona was probably the state that was hit the worst with the flu bug over the Christmas holiday," said Wozniak, who herself is a geriatric nurse practitioner. "Instead of sending them to the ER, they come here and they get some fluids just to feel better, even though this really can't cure their flu."

The entire notion dates back to 2012, when an enterprising anesthesiologist in Las Vegas came up with "Hangover Heaven," a mobile IV unit that would come out to your hotel and provide an intravenous hangover remedy, explained Dr. Robert Glatter, an emergency physician with Lenox Hill Hospital in New York City.

"It plays on people's desire to go out drinking, and if they get a hangover there's a quick fix so they can go out and do it again," Glatter said. "I think it sends a dangerous message."

Since then, IV lounges have spread across the country. While they still mainly focus on hangovers, the lounges also offer solutions to treat jet lag, offer a beauty boost, build immunity or simply help with dehydration. Offerings come with names like "Jet Lag Eraser," "Hydrofix" and "Epic Hangover Recovery."

The original theory behind IV lounges, to treat a hangover, is "quite flawed," Goldfarb said.

Alcohol does impair the release of the hormone that tells the kidney to hold onto water, Goldfarb said, but few people with a hangover wind up excessively dehydrated.

"People who are drinking are drinking. There's water coming as well as pure alcohol," Goldfarb explained. "Even the strongest alcohol is 50 percent water."

You feel lousy after drinking because of toxins that accumulate from the breakdown of alcohol in your body, Goldfarb said. Both the alcohol and these toxins damage cells, particularly in the brain, and those cells have to recover after the toxins are processed out of the body.

Receiving IV fluids will not speed the process by which these toxins are flushed out of your system, Goldfarb said.

The only folks who might benefit from IV fluids are those so hung over that they suffer from vomiting or diarrhea, Goldfarb said. Those symptoms might cause you to lose fluids so rapidly that you become dehydrated.

Not Just for Hangovers Anymore

The same goes for flu patients. "Unless there's a significant amount of diarrhea or vomiting, you don't need an IV for flu," Glatter said.

Hangover sufferers would get the same relief from drinking some water and taking an over-the-counter pain reliever, Glatter said. Flu sufferers also should drink water and take a nonsteroidal anti-inflammatory drug (NSAID), and possibly talk with their doctor about receiving an antiviral flu treatment such as Tamiflu.

Wozniak opened up her IV lounge back in September, as part of a senior center she owns and operates.

Her emphasis has been on treating dehydration caused by Arizona's excessive heat. She helps people stricken by dehydration, and also prepares athletes for events.

"I have had marathon runners approach me about hydrating pre- and post-event," Wozniak said. "They seem to feel they do better if they get IV fluids before they do a 50-mile run."

Wozniak considered offering hangover therapy but rejected the notion, deciding that she'd rather not have party animals amid the seniors at her center.

Still, she believes that the drip hangover remedies do work, based on what she heard from medical colleagues who tried out an IV lounge in the party town of Scottsdale, Ariz.

"Every one of them reported they felt better when they walked out," Wozniak said. "I think a medical person would be honest with me if they felt it was a waste of money."

Is It Just a Placebo Effect?

People might feel better after receiving an IV hangover cure, but it's probably due to the placebo effect, Goldfarb said.

Dr. Noah Rosen, director of the Headache Center at Northwell Health's Neuroscience Institute in Manhasset, N.Y., agrees that a placebo effect is likely in play.

"Frankly, the more you spend, the better the placebo is," Rosen said. "Expensive placebos work better than cheap ones."

Timing also might play a part in convincing people the IV treatment has worked, Goldfarb said.

"If you've had a hangover, you know after a couple of hours you start to feel better anyway," Goldfarb said. "By the time they get themselves down to the lounge, sign in, start the IV fluids and complete the process, you're probably talking three or four hours after they got up."

As a registered nurse, Wozniak takes a medical history and performs a brief physical on everybody she hooks up to an IV drip. She stays away from hydrating seniors and others who might face risks from receiving intravenous fluids.

But not all centers are run by operators this conscientious, Goldfarb and Glatter said. People going to fly-by-night centers could be exposing themselves to serious illness.

IVs contain a lot of salt, which could have a negative effect on people with heart disease or high blood pressure, Goldfarb said.

Improperly inserted IVs can create a stroke-causing air embolism or cause the fluids to leak into nearby tissue, Glatter said. They may also expose a person to possible infection.

And if attendants don't pay careful attention to the infusion rate, they can knock a person's electrolyte balance out of whack or overload their fluid levels, potentially causing swelling of the brain, heart failure or kidney damage, Glatter added.

Glatter would like to see increased regulation of the lounges, to make sure they are properly administering safe blends of intravenous fluids.

"The public needs to be aware of this," Glatter said. "The industry needs to be policed."