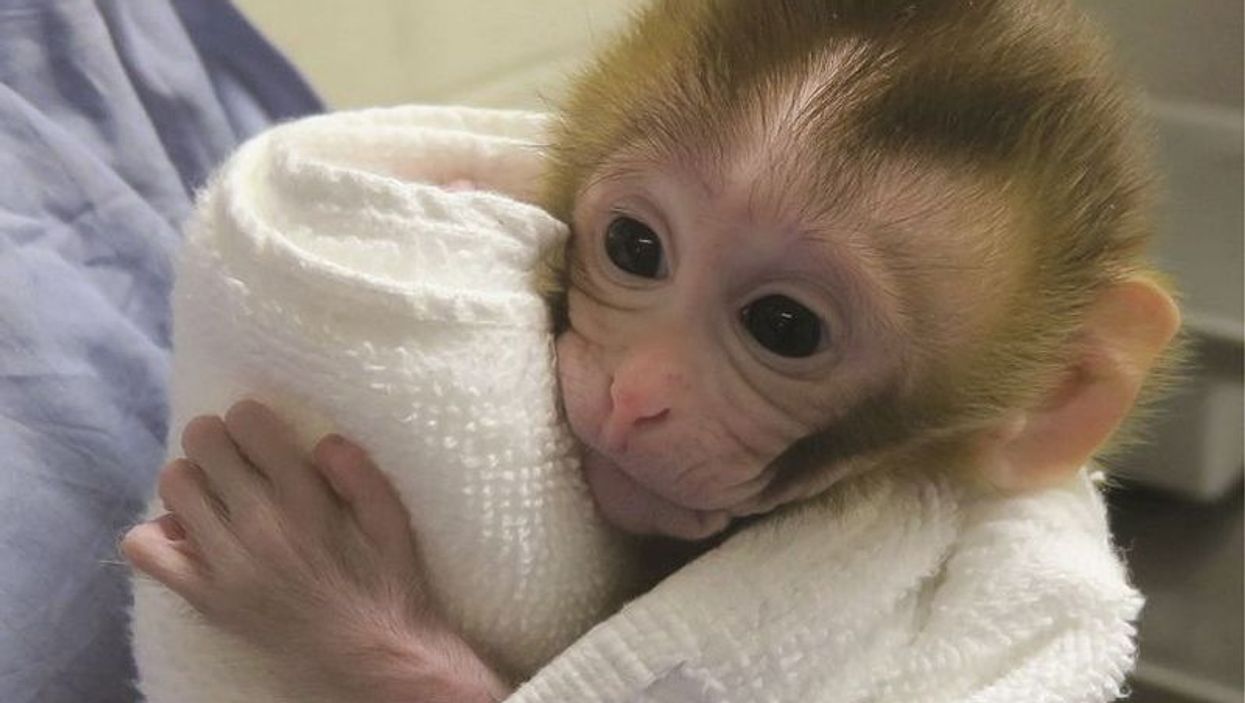 Scientists say they have used frozen testicular tissue to achieve the birth of a healthy baby monkey named Grady -- a success they hope to eventually translate to childhood cancer survivors whose treatment has left them infertile.

Infertility is a potential side effect of the chemotherapy and radiation used to treat various cancers. Adult patients have the option of freezing sperm or eggs that can later be used to conceive a child.

But boys who are too young to produce sperm don't have that option.

There is a potential alternative, however, explained Kyle Orwig, senior researcher on the new study: Removing and freezing a sample of testicular tissue, which holds the precursor cells that produce sperm.

The looming question: Can that frozen tissue ultimately produce a baby years down the road?

No one yet knows, as research on animals may not produce the same results in humans. But this success in monkeys is a major step in that direction, according to Orwig, a professor at the University of Pittsburgh School of Medicine.

"Monkeys are highest on the evolutionary chain next to humans," he noted. "I feel very confident that this technology works and is ready to move forward."

Orwig estimated that the approach could be translated to humans in the next two to five years.

"This is a huge step," said Susan Taymans, from the Fertility and Infertility Branch of the U.S. National Institute of Child Health and Human Development, the federal agency that funded the work.

Taymans said she hopes the advance encourages more parents to consider banking testicular tissue before any treatment that could leave a boy infertile.

Orwig said the University of Pittsburgh is storing frozen testicular tissue from about 200 patients, as well as ovarian tissue from a smaller number of young female patients. The university, as well as some others, has been doing that in anticipation of new treatments in the research pipeline becoming widely available.

Years ago, when children were diagnosed with cancer, the only concern was trying to save their lives. But now, Taymans said, 80 percent of kids with cancer survive.

"So more attention is going toward the question of how can they have an excellent quality of life?" she said. "The ability to have a child who is genetically yours is part of that."

And it's not only cancer treatments that can cause infertility, Orwig pointed out. Some children with sickle cell anemia, for example, get bone marrow transplants, which require high-dose chemo beforehand.

This latest advance, described in the March 22 issue of Science, involved five prepubescent rhesus monkeys. Researchers removed and froze testicular tissue from the animals. Later, they thawed and transplanted the tissue back into each monkey, under the skin of the back and the scrotum.

Eight to 12 months later, after the animals had reached puberty, researchers removed the transplanted tissues and saw that all were producing sperm. Those sperm were used to create 11 embryos, which were implanted into six female monkeys -- ultimately resulting in one pregnancy.

The pregnancy was successful. A healthy female, Grady, was born in April of last year. According to Orwig's team, she's developing like any normal monkey would.

Studies like this are very costly and necessarily small, Taymans pointed out. She said she'd like to see the results replicated in more monkeys as a next step.

If the same achievement can be made in humans, it won't be the final answer for men rendered infertile by cancer treatment, however.

For those who had leukemia, lymphoma or testicular cancer as children, Orwig said, there is a major safety concern: Cancer cells could be lurking in their frozen testicular tissue.

So this approach -- of transplanting tissue back into a man's body -- would have to be reserved for other patients, he said.

That includes those treated for sickle cell anemia or childhood cancers where there is little chance of tumor cells hiding in the testicular tissue, such as brain cancer or sarcoma (a cancer of the connective tissue).

But Orwig pointed to a potential alternative: Generating sperm without transplanting the frozen tissue back into a man's body.

Researchers have been studying the possibility of "xenotransplantation" -- where, in theory, a man's testicular tissue would be transplanted into an animal to mature and produce sperm.

Here's a video from the University of Pittsburgh that helps explain the research:

The Nemours Foundation has more on childhood cancer and fertility.