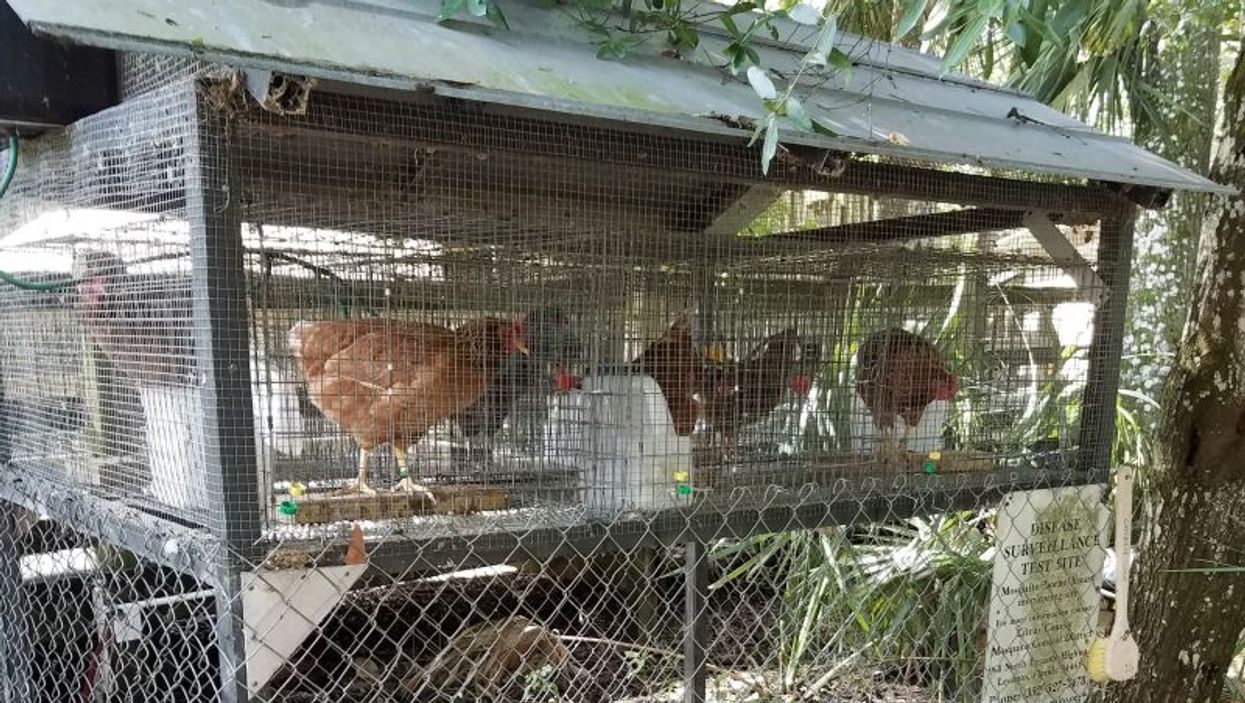 MONDAY, March 11, 2019 (HealthDay News) -- Much like a canary in a coal mine, Florida chickens have warned researchers of a rare but deadly mosquito-borne virus in their midst.

These sentinels have revealed that eastern equine encephalitis virus (EEEV) originates in the state's panhandle and then spreads as far north as Nova Scotia, Canada, the new study found.

"In the region of the panhandle, this is year-round. You can get exposed to this virus by infected mosquitoes year-round," said lead researcher Suman Das, an associate professor of infectious diseases at Vanderbilt University Medical Center in Nashville, Tenn.

Now that scientists know where the virus comes from, they can focus prevention efforts in mosquito-ridden areas of the panhandle, Das said.

"This is, I would say, the deadliest virus we are potentially exposed to in the United States," Das said. "It's been lurking around in the country about 20 to 30 years, and the mortality rate is about 40 percent."

EEEV, which sickens humans and horses, is rare in people, with only about 70 cases reported since 2008. But experts fear the infection rate could rise as global warming extends the reach of mosquito populations farther north.

The virus causes brain swelling in its human victims, and even survivors can pay a long-lasting price, Das said.

"Even when people don't die, in those cases, there is a lot of neurological disease and ultimately, they die earlier," Das said.

EEEV infection can result in severe intellectual impairment, personality disorders, seizures and paralysis, according to the U.S. Centers for Disease Control and Prevention.

Previous research had shown that EEEV spreads outward from Florida, but up to now no one had been able to say what part of the state served as the virus' wellspring, Das said.

Northern states track mosquito-borne viruses by using insect traps and then directly testing the pests for the presence of pathogens, but that method doesn't work in mosquito-beclouded Florida, Das said.

"There are much fewer mosquitoes in the northeastern states compared to Florida. You'd be looking for a needle in a haystack," he explained.

So, Florida turned to chickens to help track the progress and source of EEEV and other viruses.

Between 2005 and 2016, 38 of Florida's 67 counties participated in the state's sentinel chicken surveillance program. Flocks of chickens are strategically placed in coops around the counties, and their blood is regularly tested for viral infection, Das said.

"If a chicken is exposed to EEEV, it doesn't kill the bird but they will make antibodies" against the virus, he explained.

Over 12 years, the chickens demonstrated that the virus is a year-round phenomenon in the panhandle but occurs only seasonally in northern and north-central regions of Florida, Das said.

That probably means EEEV spreads from the Florida panhandle.

"We think that the panhandle, the source of the activity, seeds to the rest of the state, and Florida is the source for the Northeastern United States," Das said.

Thus, mosquito control efforts focused on the Florida panhandle might stand a chance of killing EEEV in its crib, he said.

"That the Florida panhandle appears to be a year-round nexus of transmission is important for epidemiological understanding of this virus and its mosquito vector," said Dr. Amesh Adalja, a senior scholar at the Johns Hopkins Center for Health Security in Baltimore.

Adalja, who wasn't involved with the research, said the findings underscore the importance of aggressive mosquito control in at-risk areas and the need for eastern equine encephalitis to be considered in patients who live in or travel to areas where it has been shown to flourish.

The new study was published March 11 in the American Journal of Tropical Medicine and Hygiene.

The U.S. Centers for Disease Control and Prevention have more about eastern equine encephalitis virus.