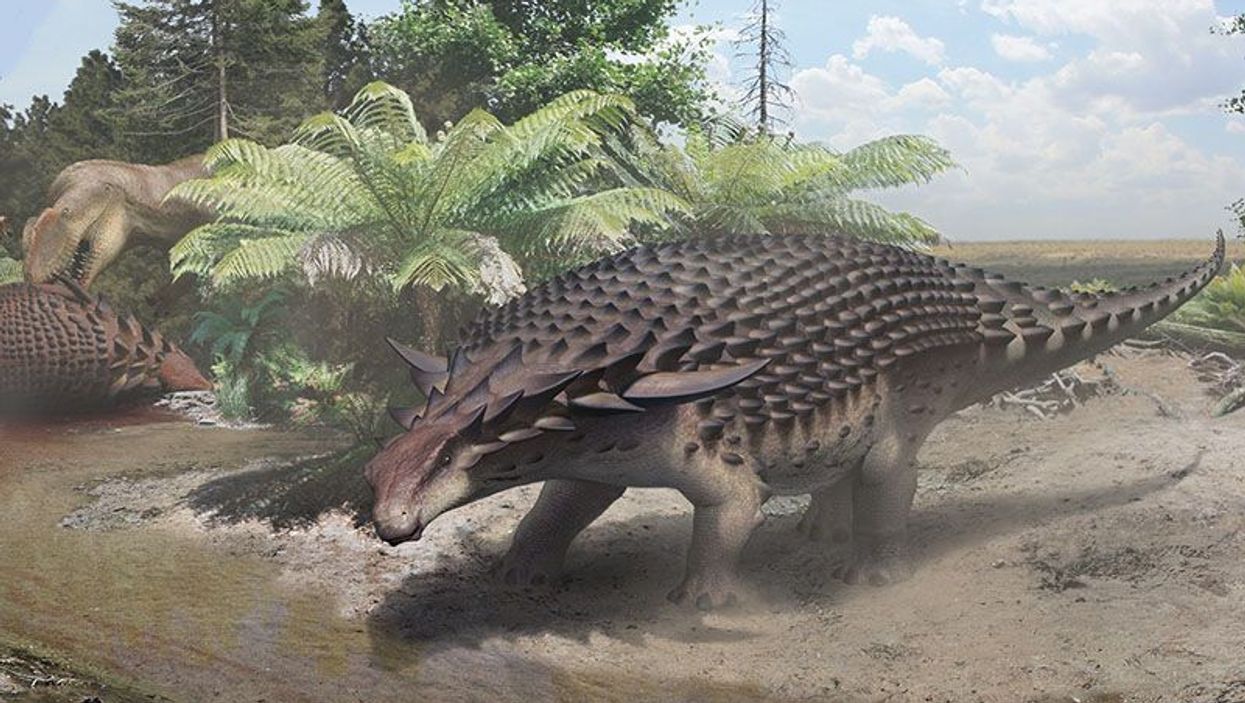 THURSDAY, Aug. 3, 2017 (HealthDay News) -- Canadian scientists are hailing a newly identified type of armored dinosaur that had camouflage to defend against predators.

Despite being the "dinosaur equivalent of a tank," the 18-foot-long, more than 2,800-pound creature also had a common form of camouflage called countershading, meaning its underside was lighter than the back, researchers reported in the Aug. 3 issue of the journal Current Biology.

That suggests that even with its heavy armor, the nodosaur was on meat-eating dinosaurs' menus.

"Strong predation on a massive, heavily armored dinosaur illustrates just how dangerous the dinosaur predators of the Cretaceous must have been," scientist Caleb Brown said in a journal news release. He's with the Royal Tyrrell Museum of Paleontology in Alberta.

The nodosaur was found in Alberta and is on display at the museum. Researchers called it the best-preserved armored dinosaur ever found and one of the world's best dinosaur specimens.

"This nodosaur is truly remarkable in that it is completely covered in preserved scaly skin, yet is also preserved in three dimensions, retaining the original shape of the animal," Brown said.

"The result is that the animal looks almost the same today as it did back in the Early Cretaceous. You don't need to use much imagination to reconstruct it; if you just squint your eyes a bit, you could almost believe it was sleeping. ... It will go down in science history as one of the most beautiful and best preserved dinosaur specimens -- the Mona Lisa of dinosaurs," Brown added.

The specimen's condition made it possible to document the pattern and shape of scales and armor on its body. Using chemical analysis of organic compounds in its scales, the researchers discovered the dinosaur had reddish-brown-colored skin with countershading across its body.

That surprised the scientists because the dinosaur is far larger than countershaded animals living now.

Researchers are now examining the preserved contents of its gut to find out about its last meal and are working to learn more about its body armor.

The specimen was found in March 2011 by a miner who noticed something unusual in rock formations and called the museum to take a look. With laborious work over five years, the scientists found that the rocks held an armored dinosaur.

The Encyclopedia of Alabama has more on nodosaurs.