When Tackling a Problem, Pigs and Pooches Have Different Strategy 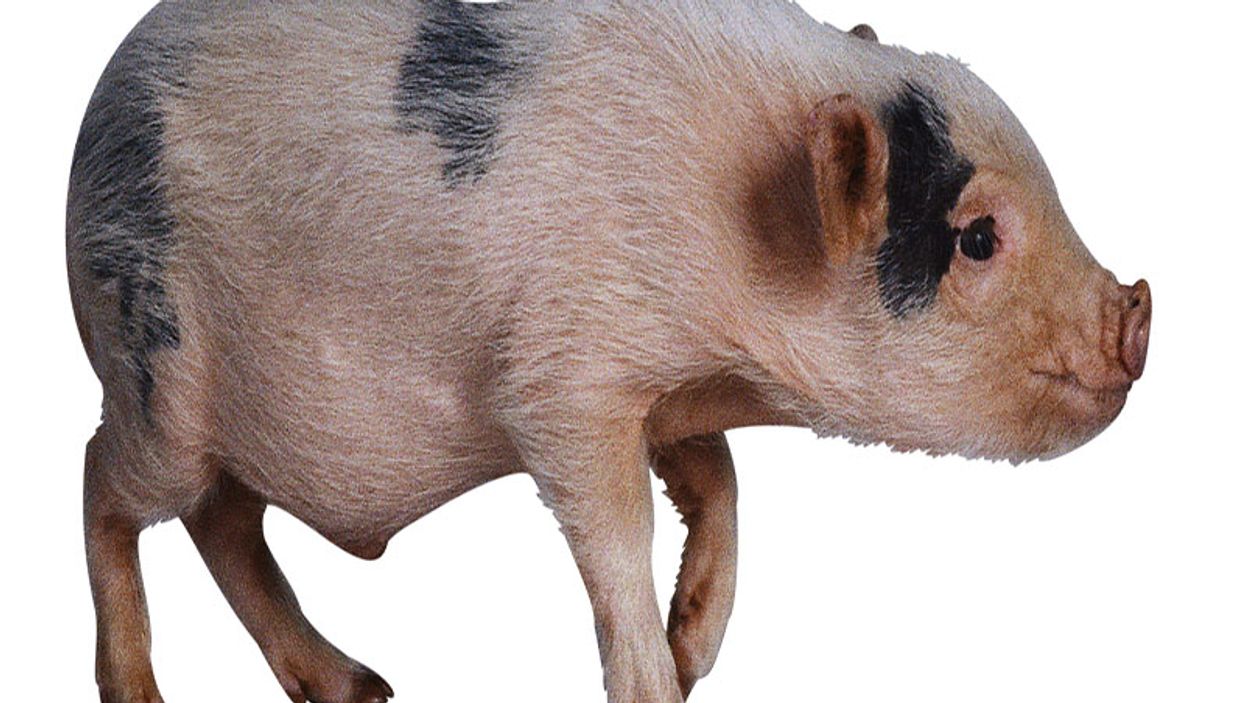 Hungarian researchers wondered how two popular family pets -- dogs and miniature pigs -- would compare when confronted with a problem to solve.

Turns out pigs are more likely than dogs to find a solution on their own, while dogs are more apt to seek out human help.

Miniature versions of the domestic pig are popular pets whose social place in human households is similar to that of dogs, according to the team at Eötvös Loránd University in Budapest. To learn more, the researchers launched the "Family Pig Project" in 2017.

"The animals are raised in a similar environment as family dogs, providing the basis for unique comparative investigations between the two species," said principal investigator Attila Andics.

From an early age, dogs look at humans when trying to solve a problem in order to establish joint attention and initiate interactive communication. Would other pets would do the same?

"We used the so-called 'unsolvable task paradigm,' where the animal first faces a problem that he can solve, in our case an easy-to-open box with food inside," said doctoral student Paula Pérez. "After some trials, the problem becomes unsolvable because the box is securely closed."

When the box was empty, pigs and dogs reacted similarly, said research fellow Linda Gerencsér. But when the box had food inside, opening it became a challenge that pigs and dogs tackled in different and distinctive ways.

"Pigs were faster than dogs already in solving the task and getting the reward, perhaps due to their better manipulative capacities. Then, when the task became unsolvable, dogs turned to the humans more than before," she said.

In contrast, pigs were more persistent than dogs in trying to solve the task without human help, which may "reflect their predisposition to solve problems independently," Gerencsér said.

The findings were recently published in the journal Animal Cognition.

Pérez said the study suggests pigs and dogs have similar capacities for communicating with people.

"However," she added, "species-specific predispositions might be responsible for the found differences. Dogs are naturally more dependent on and cooperative with humans. This explains their unique success in interacting with us."

The National Canine Research Council has more on the human-dog bond.