Is Daily Low-Dose Aspirin Really Worth It for Seniors? 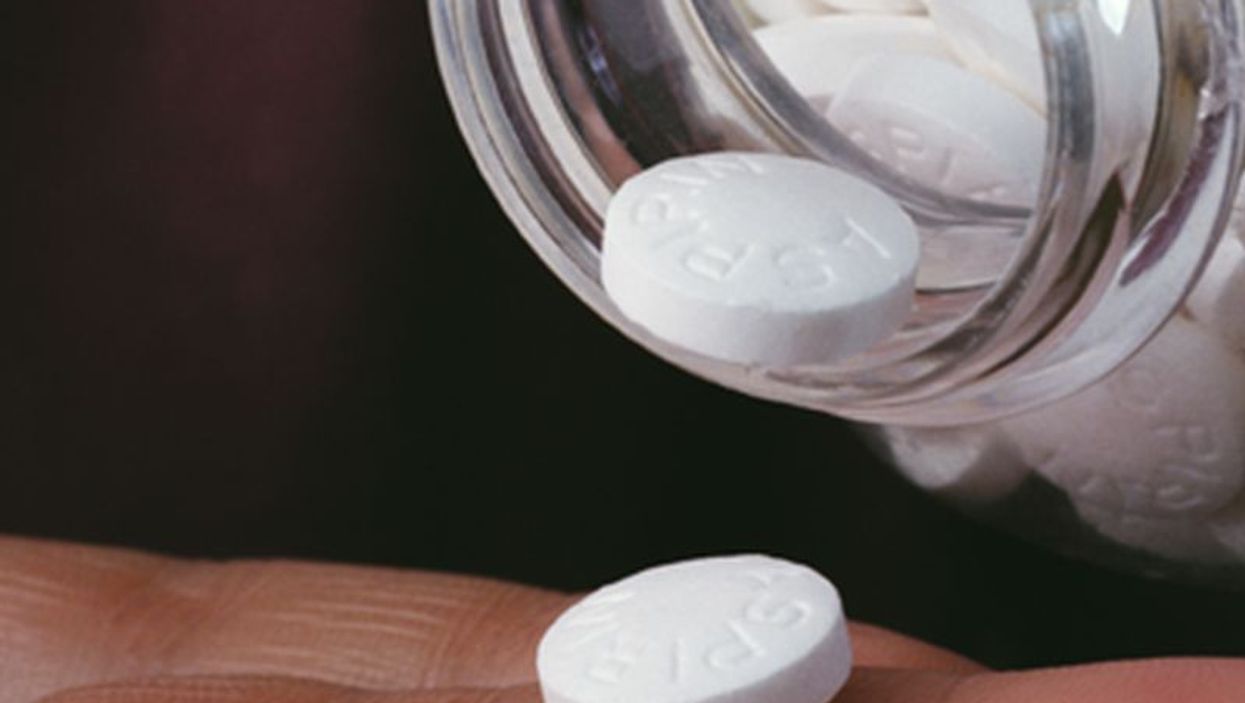 Aspirin has long been recommended for middle-aged folks with a history of heart disease, to prevent future heart attacks or strokes.

Researchers had hoped that aspirin's specific effects might help folks ease gracefully into their old age.

"The thinking was the double action of blood thinning and anti-inflammation might decrease the risk of dementia and disability," explained senior researcher Dr. Anne Murray, director of the Berman Center for Outcomes and Clinical Research at Hennepin Healthcare in Minneapolis.

But a major new clinical trial has concluded that daily aspirin does not prolong disability-free survival in the elderly.

In fact, aspirin could put their health at risk by increasing the risk of bleeding in the brain and the gastrointestinal tract, researchers found.

"We were so hoping that such an inexpensive and accessible medication might be effective in prolonging healthy independent life," Murray said.

Daily aspirin is recommended for people between 50 and 59 if they are at increased risk of heart disease, according to the U.S. Preventive Services Task Force, a guideline-setting expert panel.

For people ages 60-69 "who have a 10 percent or greater 10-year [heart disease] risk," the decision to start low-dose daily aspirin "should be an individual one," the USPSTF said.

However, there's not been enough medical evidence to say whether aspirin would help elderly folks, the USPSTF says.

"It's the first of its kind to address this question," said Dr. Basil Eldadah, chief of the Geriatrics Branch of the U.S. National Institute on Aging. "It's an important issue because so many older people in the United States take aspirin, and there's not clear evidence up until now whether that's indicated."

To answer the question, researchers recruited just over 19,000 people in Australia and the United States with an average age of 74, and assigned half to take daily aspirin and the other half to receive a placebo.

People were recruited between 2010 and 2014, and had to be free of dementia, physical disability or any medical condition that would require aspirin use. They were followed for an average of close to five years.

Treatment with 100 milligrams of aspirin per day did not affect the chances a person would live longer free from dementia or disability, researchers found.

In fact, the group taking aspirin had a slightly increased risk of death -- 5.9 percent died compared with 5.2 percent taking a placebo. However, the higher death rate was due to more cancer deaths in the aspirin group, which could have been due to chance, the researchers said.

"There's definitely an increased bleeding risk, and it's not benign," said Dr. Vincent Bufalino, a cardiologist and spokesman for the American Heart Association. "The intracranial bleeding risk is obviously a terrible complication."

The clinical trial's results suggest that "if seniors don't have a valid medical need for taking aspirin, you are unlikely to benefit from it and there are some risks," concluded lead researcher John McNeil, head of epidemiology and preventive health at Monash University in Melbourne, Australia.

However, all of the experts agreed that if you're now taking aspirin under a doctor's direction you shouldn't stop until you discuss it with them, regardless of your age.

"Many people are taking aspirin for important medical reasons," McNeil said. "It would be unwise to stop without speaking to their doctor about it."

The clinical trial was published online as three papers in the Sept. 16 issue of the New England Journal of Medicine.