The painful, potentially deadly illness is endemic to the tropics, and has reappeared in the United States 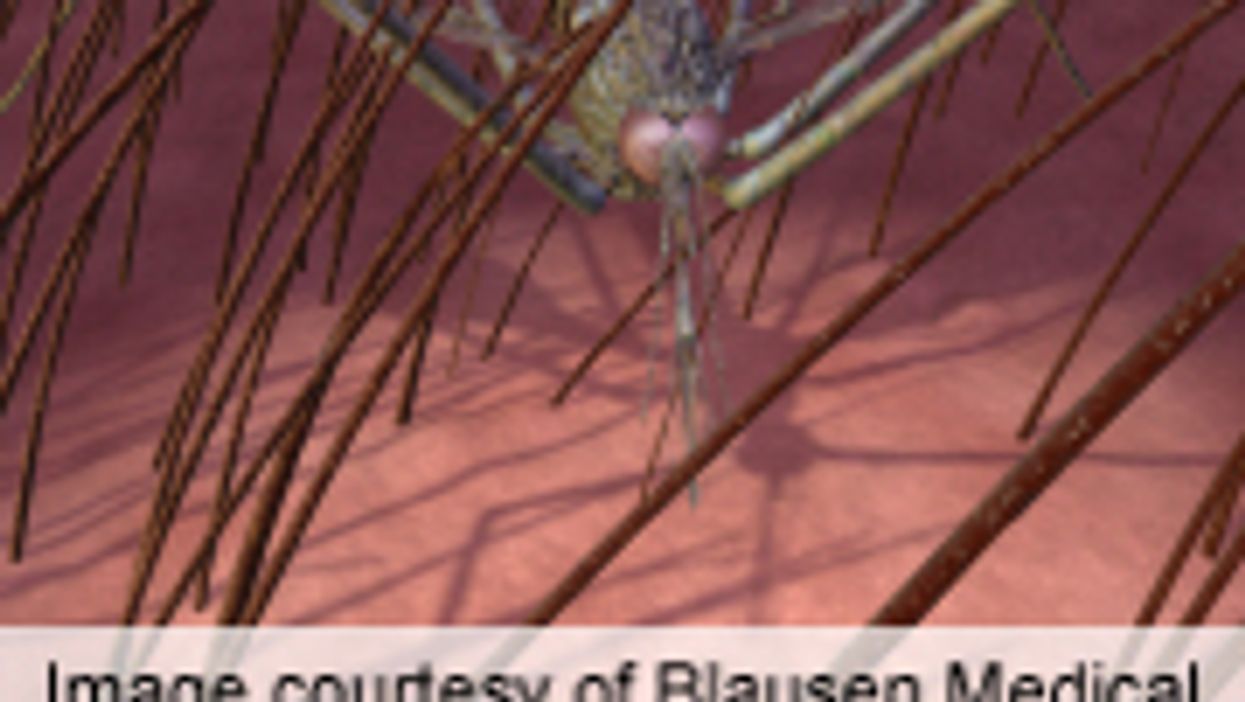 TUESDAY, Sept. 11, 2012 (HealthDay News) -- An experimental vaccine may offer protection from dengue fever, a potentially fatal mosquito-borne illness, according to a new study.

The vaccine was safe and effective against three of the four viruses that cause the disease, researchers found in the study, published online Sept. 10 in The Lancet.

Dengue fever occurs in tropical and subtropical areas, according to the World Health Organization. The number of cases has increased significantly in recent years, and in 2009 the disease made a return to the continental United States.

According to the Florida Department of Health, in 2009, 27 people living in Key West came down with illness via locally acquired infections, and then 66 more residents contracted the illness in 2010. The outbreak seems to have eased since then, however.

Dengue symptoms typically appear three days to two weeks after a mosquito bite and can range from mild to incapacitating fever with severe headache, pain behind the eyes, muscle and joint pain, and rash. Severe dengue, which mostly occurs in children, includes fever, abdominal pain, vomiting and bleeding.

"Nearly half a million people are thought to be hospitalized with dengue every year, the majority of which are children, so the development of a safe and effective vaccine has the potential to make a hugely positive impact," study co-author Dr. Derek Wallace of Sanofi Pasteur, the company that developed the vaccine, said in a journal news release.

In conducting the study, researchers in France and Thailand tested the effectiveness of the possible vaccine known as CYD-TDV, on more than 4,000 Thai children ranging in age from 4 to 11 years. Of these children, 2,669 were given the vaccine, while the others received an inactive placebo.

The study found 2.8 percent of the children who received the vaccine were diagnosed with dengue, compared with 4.4 percent among the placebo group. This was not a statistically significant difference.

However, secondary tests revealed the vaccine was effective in protecting against three of the viruses that cause dengue, DENV 1, 3 and 4, the researchers say. The virus DENV 2 was resistant to the vaccine. None of the children who received the vaccine suffered serious side effects, according to the report.

Although the trial was limited to Thailand, the researchers say their findings advance the development of a dengue vaccine.

"Our study constitutes the first-ever demonstration that a safe and effective dengue vaccine is possible," Wallace said. "Further trials of CYD-TDV are currently under way in a number of different countries, and our hope is that the positive results of this trial will be confirmed by these larger studies, taking place in a wide range of epidemiological settings."

Developing a vaccine for dengue has been slowed by the fact that it is caused by four different viruses, the release noted. Moreover, because dengue is also believed to be unique to humans, scientists cannot test the vaccine on animal models.

In an accompanying journal commentary, Dr. Scott Halstead, of the International Vaccine Institute in Seoul, South Korea, said that future dengue vaccine trials should determine if the vaccine is effective against severe and mild forms of the disease.

The U.S. Centers for Disease Control and Prevention has more about dengue.