See What HealthDay Can Do For You
Contact Us
February 16, 2018

After Another Shooting Tragedy, 'Stop the Bleed' Kits Urged for Schools 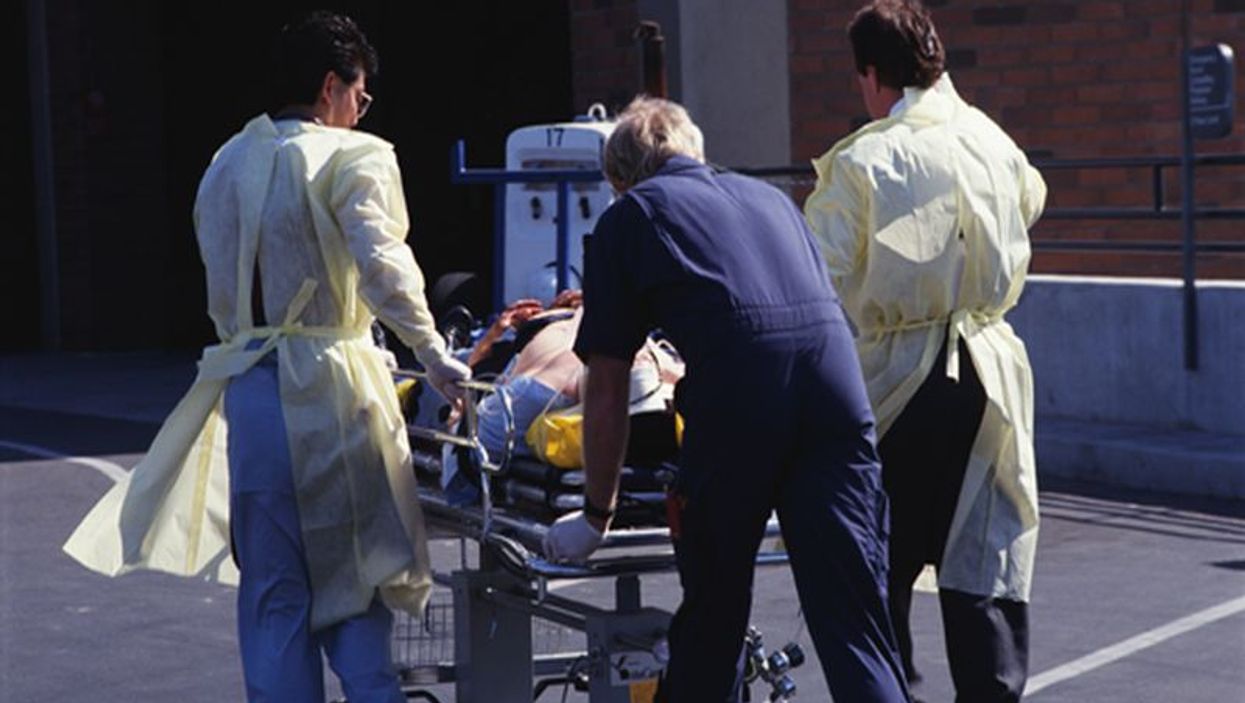 FRIDAY, Feb. 16, 2018 (HealthDay News) -- Some of the 17 people killed Wednesday in the senseless Florida school shooting might have survived if their bleeding could have been stopped in time, experts say.

Noting that it takes only 5 to 10 minutes for a gunshot victim to bleed to death, the American College of Surgeons has long pushed a nationwide program to train teachers simple but effective means of halting blood loss.

Called Stop the Bleed, the program also recommends that every classroom have a special "stop the bleed" kit.

"When the American College of Surgeons looked back at the Sandy Hook school shooting, they found that some deaths could have been prevented if people on site were trained in basic bleeding control techniques," explained Dr. Jeff Kerby, a professor of surgery at the University of Alabama School of Medicine in Birmingham.

Uncontrolled bleeding can quickly kill, but applying pressure or a tourniquet to the wound can keep some victims alive until they can be reached by medics.

But as Kerby explained, during school shootings buildings are typically placed on lockdown -- so assistance from paramedics or EMTs often doesn't reach the injured until the scene is safe and police are in control.

"So, we are going to have to rely on people in the situation to provide aid to control bleeding, and potentially save a life," Kerby said.

Since the program's inception after the Sandy Hook school shooting in 2012 -- in which 26 children and adults were killed by a lone shooter -- Stop the Bleed training has been carried out in towns across the country, Kerby said.

The goal: To get doctors, nurses, paramedics, EMTs and others to train school nurses and police officers in how to stop bleeding, and in turn have them train school teachers.

Teachers can then train middle and high school students in how to stop bleeding, too, said Dr. Stephen Cohn. He's medical director of trauma at Staten Island University Hospital in New York City.

The more people trained in these simple first-aid techniques, he said, the more likely lives can be saved.

"It was eye-opening," Lars Porter, a teacher at the school, said in a university news release. "We feel safe at school; but it's comforting to know that we have this training and have acquired these skills should we ever need them in school, at an athletic event or just anywhere in our community."

And beyond training, there's the "stop the bleed" kits. Kits usually include gauze bandages, tape, ace or compression bandages -- all used to keep steady pressure on the wound. Tourniquets are also in the kits, to tie off bleeding in an injured arm or leg. The kits even include gloves to protect the person giving aid, Kerby noted.

Some kits also include a marker to note the time the tourniquet was applied -- something doctors will need to know.

Commercial kits cost around $60, but the basic components can be purchased for a lot less if schools want to make up their own kits, Kerby said.

"Even without a kit, you can stop bleeding," he said. "Part of the training is teaching people that most bleeding can be stopped with just compression -- putting your hands on it, using your shirt. You can use anything to put over the wound and put pressure on it, and most of the time that will stop bleeding in the extremities or groin or the armpit or neck," Kerby said.

Given the time it can take for EMS to reach the victims of a school shooting, "holding pressure can make a huge difference," Cohn said.

For more information on how to control bleeding, visit the Red Cross.