Up to 85 times more potent than real marijuana, study says 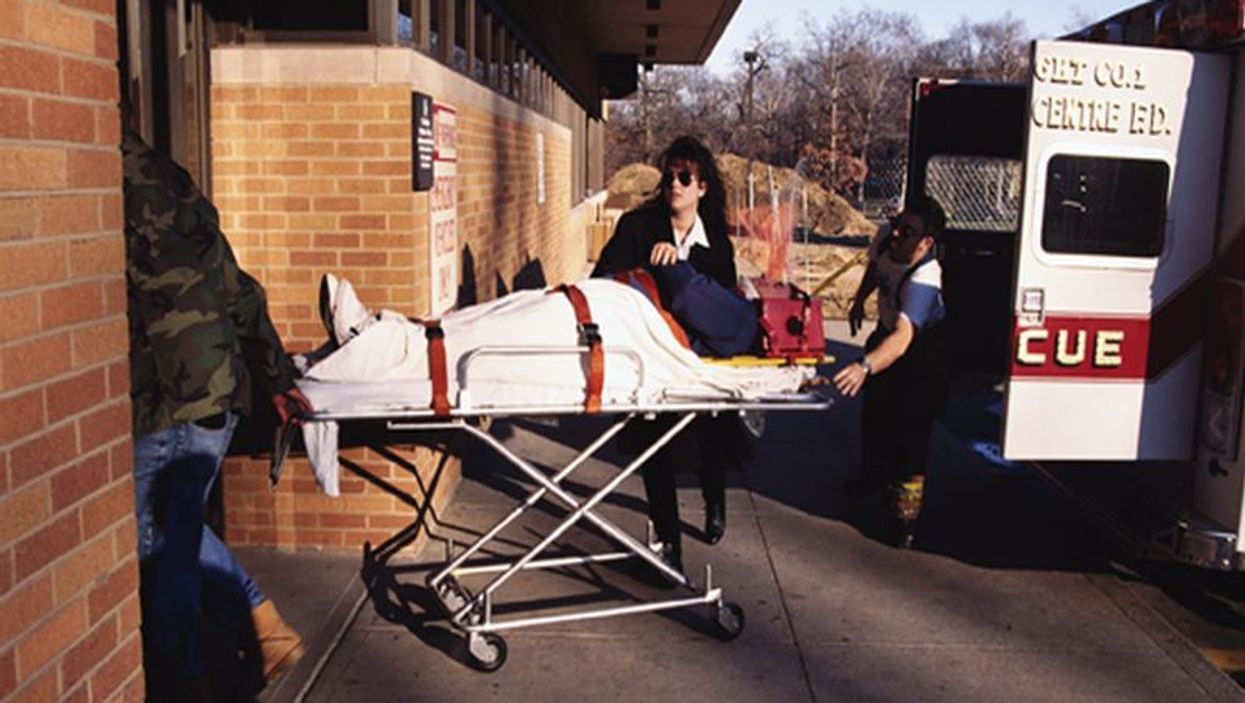 Thirty-three people at a Brooklyn event became intoxicated and essentially immobilized after smoking the synthetic drug. Eighteen were taken to hospitals for emergency treatment.

Testing of their urine and blood revealed evidence of a synthetic product known as AK-47 24 Karat Gold. A lab analysis found it was as much as 85 times more potent than THC (tetrahydrocannabinol), the main active ingredient in real marijuana, the researchers reported.

"What we're talking about are thousands of different synthetic drugs, that since 2008 have been put together for their psychoactive effects in clandestine labs all over China," Gerona explained.

"Originally, some were investigated by scientists for their potential pain-relieving effects, but then abandoned, either because they didn't work or they weren't safe," he added.

"Some have chemical compounds that are scheduled [as illegal]. Some do not. But either way, they in no structural or medicinal way contain the properties of what is found in marijuana," he said.

"You basically have no idea what you're taking," Gerona added.

According to the U.S. National Institute on Drug Abuse (NIDA), while synthetic cannabinoids are "related" to chemicals found in naturally grown marijuana plants, they are entirely lab creations. They're generally sprayed onto plants for smoking or marketed as liquids to be vaporized and inhaled.

These street products are sold under an array of names, including K2, Spice, AK-47 24 Karat Gold and Brain Freeze, among others, said Gerona.

The NIDA warns that they are not safe.

That point was seconded by Paul Armentano, deputy director of the marijuana legalization advocacy organization NORML. Armentano stressed that these drugs "bear no similarity to the botanical plant."

"What makes these 'street' substances dangerous is that they are unregulated, they contain unknown components, they are of unknown potency, they are not standardized, and there exists zero quality control," he said.

What's more, Armentano said, "We have little idea from batch to batch what exactly the active components of these products are, [given that] the chemical compounds appear to be constantly changing."

The new study, published online Dec. 14 in the New England Journal of Medicine, focused on 18 of the Brooklyn residents who had serious reactions after smoking AK-47 24 Karat Gold in July.

Emergency medical service responders and bystanders characterized as "zombielike" the blank stares, groaning and generally lethargic "mechanical" movements of those who had taken the drug.

Those taken to a hospital for emergency treatment were between 25 and 59 years old. Eight were homeless. Treatment included breathing assistance and heart monitoring.

Gerona said the appeal of such synthetic drugs extends even to places where marijuana is legal. That's because synthetics can prompt a different sort of "high" and are often cheaper than actual pot.

Another reason for their popularity: They're less easily detected in drug-screening tests than marijuana, Gerona and Armentano said.

"If you're in the military, for example, or you have a job that requires regular drug screening, many of these compounds can't be screened for," Gerona explained.

Although his lab tries to keep up, Gerona said most of these drugs have not been evaluated for their full toxic effect. "Some are much more potent than pot. And a lot of the time users will end up in the ER," he added.

There's more on synthetic cannabinoids at the U.S. National Institute on Drug Abuse.