Suggestions include no screen time for those under 18 months, not using media as 'soothing tool' 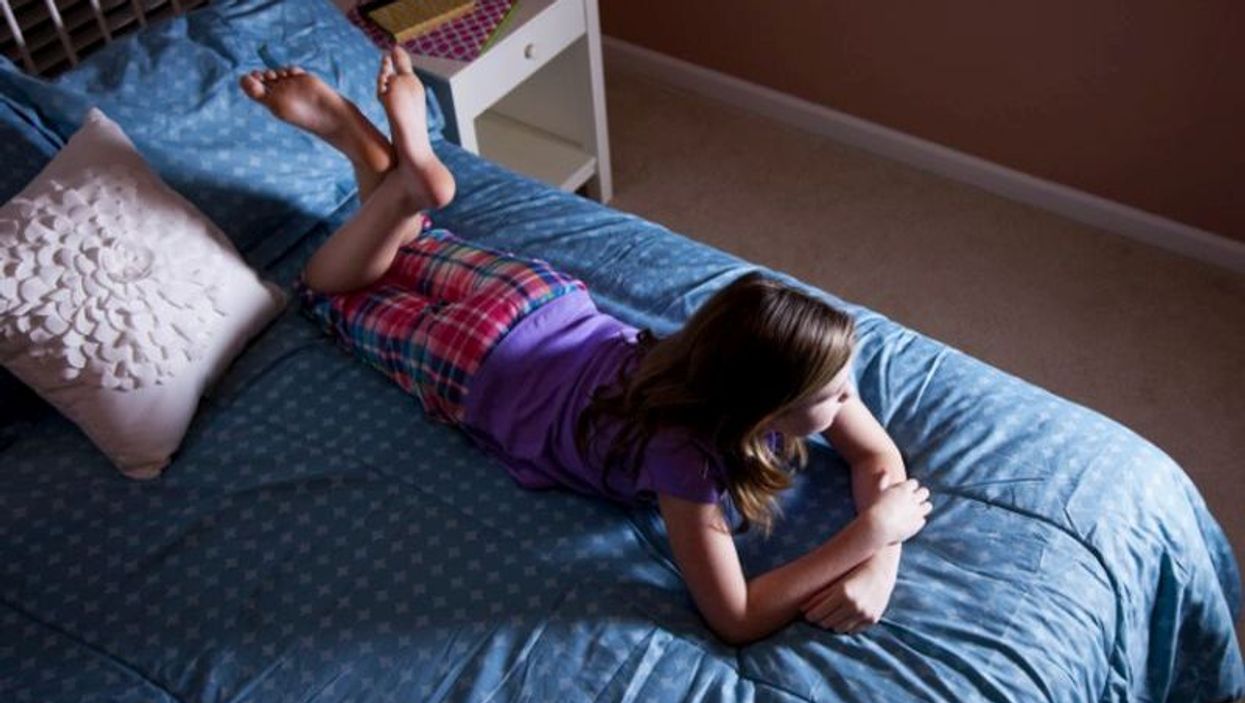 FRIDAY, Oct. 21, 2016 (HealthDay News) -- Children and teenagers are immersed in an environment saturated with electronic media, ranging from the TV on the wall to the tablet or smartphone in their hands.

Recognizing this, parents need to work with their kids to develop a media use plan for the entire family, the American Academy of Pediatrics said in a set of new recommendations unveiled Friday.

Some specific suggestions for such a plan include: No screens for kids under 18 months; only one hour of media a day for toddlers; and no use of digital media as a "soothing tool" for kids.

In general, any media use plan must balance healthy activities like exercise, sleep and family time against the use of media devices, said Dr. Megan Moreno, an associate professor of pediatrics at Seattle Children's Hospital. She is the lead author of the AAP's policy statement on media use in school-aged children and teens.

"We're really promoting the idea that every family member needs to prioritize these key health behaviors, and then look at the time that's left over and deciding how much of that time should be spent on media, and what kinds of media we want to engage in," Moreno said.

Media should be limited to one hour a day for children ages 2 to 5, and it should involve high-quality programming that parents and kids can engage with together, the statement says. With the exception of video-chatting, digital media should be avoided altogether in children younger than 18 months old.

Older children and teenagers should have consistent and reasonable limits placed on their media use, and parents need to follow similar limits, the AAP recommends.

"For the first time, we also hold parents accountable for the same standards that we hold kids to," Moreno added. "We ask parents to follow the same guidelines. That makes it much more of a family set of guidelines rather than targeting just kids."

To help parents, the AAP on Friday launched an online Family Media Use Plan tool that will allow them to set limits for every family member.

"The hope is this gives families a real concrete tool they can use and update as their kid gets older," Moreno said.

The new recommendations split from earlier efforts because they do not automatically assume that all media use is necessarily detrimental to kids, Moreno said.

For example, research has shown there's nothing wrong with letting a toddler Skype with Grandma, and social media can help teenagers who feel ostracized because they are gay, obese or suffering from mental illness, the AAP said.

On the other hand, kids younger than 2 are not able to learn much from electronic media without help from their parents, research has shown. Animated e-books can be too distracting, and video games might hamper a child's social interactions. Excessive media use can interfere with activities that contribute to healthy brain development such as play, sleep and relationship-building.

"Our focus is really thinking about how the child interacts with the platform," Moreno said. "Social media is not all good or all bad. It's really what the child is doing with it and how they're using it."

Media use also can affect a child's physical health.

"Media still is primarily sedentary, and too much sedentary behavior we know is a risk factor for obesity," Moreno said. Messaging in media also can promote unhealthy eating, substance abuse and risky sexual conduct.

The AAP recommends that parents prioritize creative, unplugged playtime for infants and toddlers. A child's exposure to media can start as early as 18 months of age, but it's critically important that this be high-quality programming like "Sesame Street" on PBS. Parents should watch with their child, to help them understand what they're seeing, the AAP said.

The goal is that parents mentor their children in how to best interact with the media around them, Moreno said.

"It's kind of like driving a car," she said. "You don't just give a kid a set of keys and say hey, go for it. You sit there the first years they're driving, right next to them."

Other recommendations from the AAP include:

"These new guidelines are great because they encourage parents to reflect on their own values concerning their children's media use and to work with their children to develop media use guidelines that are consistent with those values," said Julia Lippman, a postdoctoral research fellow in psychology at the University of Michigan.

Lippman agrees that parents should follow similar restrictions on media use as those imposed on their teenagers.

"It's important to remember that the behaviors parents model have an enormous influence on their children," she said. "If you spend family time tethered to your phone, you are modeling to your child that that is acceptable behavior."

The new guidelines appear online Oct. 20 in the journal Pediatrics.

The Family Media Use Plan tool can be found at the American Academy of Pediatrics.