Confederate Submarine Crew Killed by Blast From Their Own Torpedo 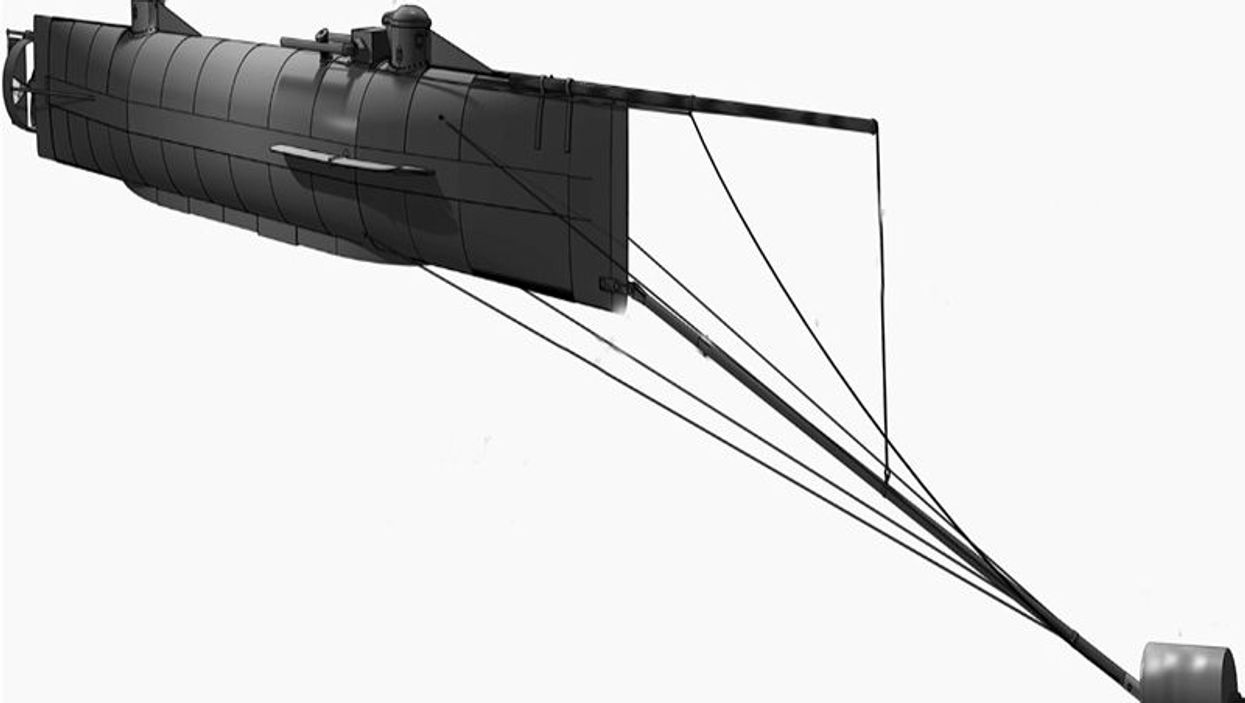 WEDNESDAY, Aug. 23, 2017 (HealthDay News) -- For more than 150 years, how eight crew members of a Confederate submarine dubbed the H.L. Hunley died during an attack on a Union warship has remained a mystery.

Using a six-foot replica of the submarine to analyze the effect of underwater explosions, researchers report in a new study that the men fell victim to a shockwave from the torpedo the Hunley sent into the warship's hull.

In 1864, performing what would be its first and last mission, the Hunley sunk outside the Charleston harbor in South Carolina after first sinking the USS Housatonic. Five crew members of the Housatonic perished, with the rest able to escape via lifeboats.

After raising the Hunley from the water's depths in 2000, scientists discovered the skeletons of eight crew members. What they couldn't determine was exactly what killed them. None of the crew suffered broken bones, and the submarine was left largely intact. Theories on their cause of their deaths included suffocation and drowning.

So, Rachel Lance of Duke University, and her colleagues, spent the better part of three years trying to solve the mystery. They designed a smaller replica of the Hunley and measured the pressure inside the cabin when it was exposed to explosions underwater.

The conclusion: The crew was killed when a blast wave from the firing of the torpedo hit the cabin of the Hunley.

The most likely ending for the crew members was a phenomenon called "blast lung," Lance said in a Duke news release. This happens when the force of an explosion travels through the soft tissues of the body. It's also highly likely they suffered traumatic brain injuries from being so close to such a large blast, Lance added.

"You have an instant fatality that leaves no marks on the skeletal remains. Unfortunately, the soft tissues that would show us what happened have decomposed in the past hundred years," said Lance, who worked as a biomechanist at the U.S. Navy's base in Panama City, Fla., before entering graduate school at Duke in Durham, N.C.

While delving into historical records on the Hunley, the researchers discovered there was some hint of trouble before the Hunley ever embarked on its mission. During development and testing, the submarine had sunk twice, drowning 13 crewmen including Horace Hunley, who had the submarine built from an old ship's boiler in Alabama in 1863.

Lance's team published the findings Aug. 23 in the journal PLOS One.

"The disappearance of the Hunley has long stood as one of the great mysteries of American history," Lance said in a journal news release. "Finding the cause of death of the crew has finally allowed us to declare the mystery solved."

For more about the H.L. Hunley, try the Civil War Trust.