AHA: Take Your Dog to Work -- And Reap the Health Benefits 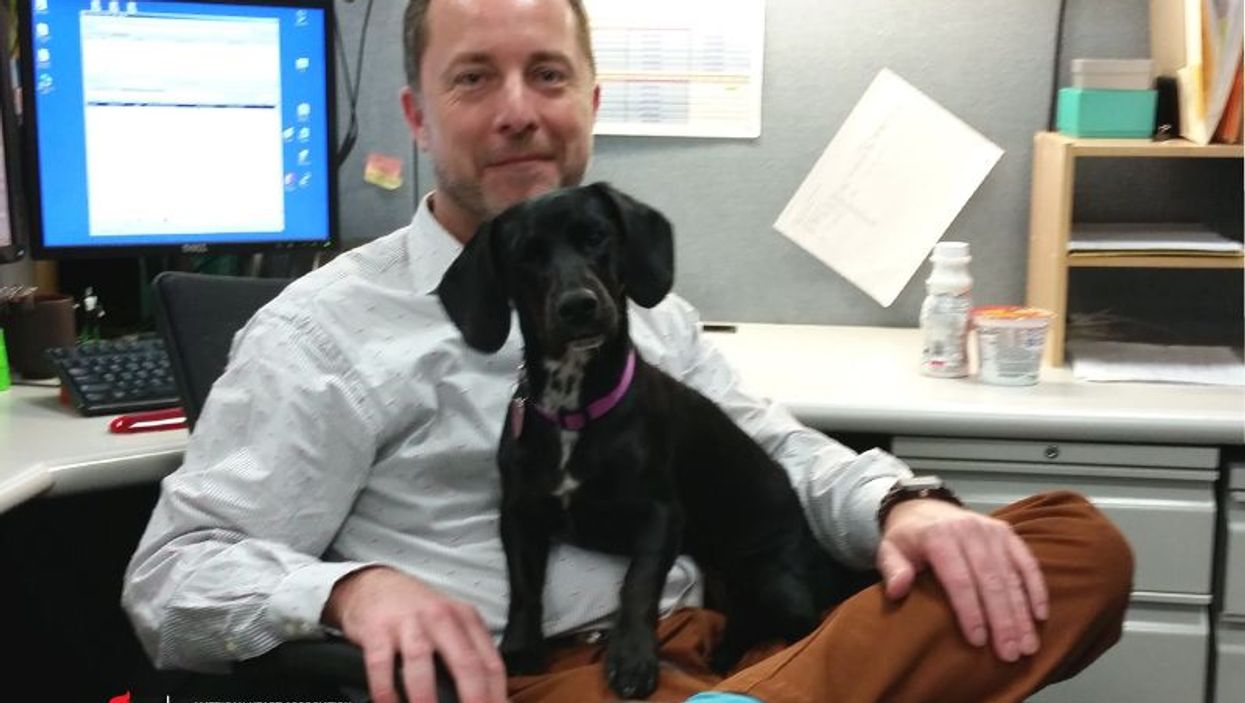 THURSDAY, June 21, 2018 (American Heart Association) -- It's impossible for anyone to pet a dog, or even just share a story about one, without breaking into a smile.

There's an absolutely paws-itive reason for this.

Studies have shown that engaging with dogs and other pets can boost the body's production of "happy hormones" such as oxytocin, serotonin, and dopamine. This increase contributes to a sense of wellness and serenity, while tamping down levels of the stress hormone cortisol.

Employers and employees can experience these benefits on Friday, which is officially Take Your Dog to Work Day.

Held on the first Friday after Father's Day, Pet Sitters International launched the annual event in 1999 to celebrate man's best friend and encourage adoptions from local shelters and rescue groups.

"While our event focuses on bringing dogs to work on one special day to encourage pet adoptions, there are certainly many benefits to having pets at work," said Beth Stultz, a vice president and spokeswoman for Pet Sitters International.

Employers who have pet-friendly policies year-round point to lower absentee rates and higher morale among their workers.

That's because people who are allowed to bring their dogs to work generally tend to feel less stress, both from their job or over what their pets might be doing at home while they're at work.

Jonathan Walker has brought his dog to work at Replacements Ltd., a North Carolina retailer of dinnerware and collectibles, since he started working there in 2009. He said having Emalee, his Dachshund Labrador mix, helps keep any anxiety in check. It also forces him to take regular breaks.

"I can get zoned in on something and start stressing on it but then she'll nudge me and say, 'Okay, I want you to pay attention to me,'" said Walker, an inventory supervisor. "Even if it's just to take her out for a bathroom break, that five-minute, 10-minute moment, kind of gives me a reset."

Walker said having Emalee, who stays by his desk behind a gate, has helped him to meet more people at work, including those who don't have or bring their own pets but enjoy stopping by for a quick pick-me-up.

"It's not that everybody necessarily is a dog lover," he said. "It's just that the dogs will inevitably do something that makes you laugh -- they can have the entire department laughing."

Dr. Edward Creagan, an oncologist at the Mayo Clinic in Minnesota, said "the data are overwhelming" about the actual physical impact pets have on humans.

"Without question, when you hold that cat, when you stroke that dog, when you look at a fish, there is a cascade of immunological changes in the patient that enhances well-being and decreases the risk of certain diseases," he said.

"If you've had a heart attack and you have a dog, you have a greater chance of being alive one year later," he said.

It makes sense that more employers are open to allowing pets at the office.

"No one can talk about their companion animal without smiling and laughing," Creagan said. "When there are compelling animals in the work place, there's a sense of joy and contentment that can be an integral part of the employee's performance."

Here are tips from Pet Sitters International for employers and employees who want to participate in Take Your Dog to Work Day: