See What HealthDay Can Do For You
Contact Us
January 5, 2012 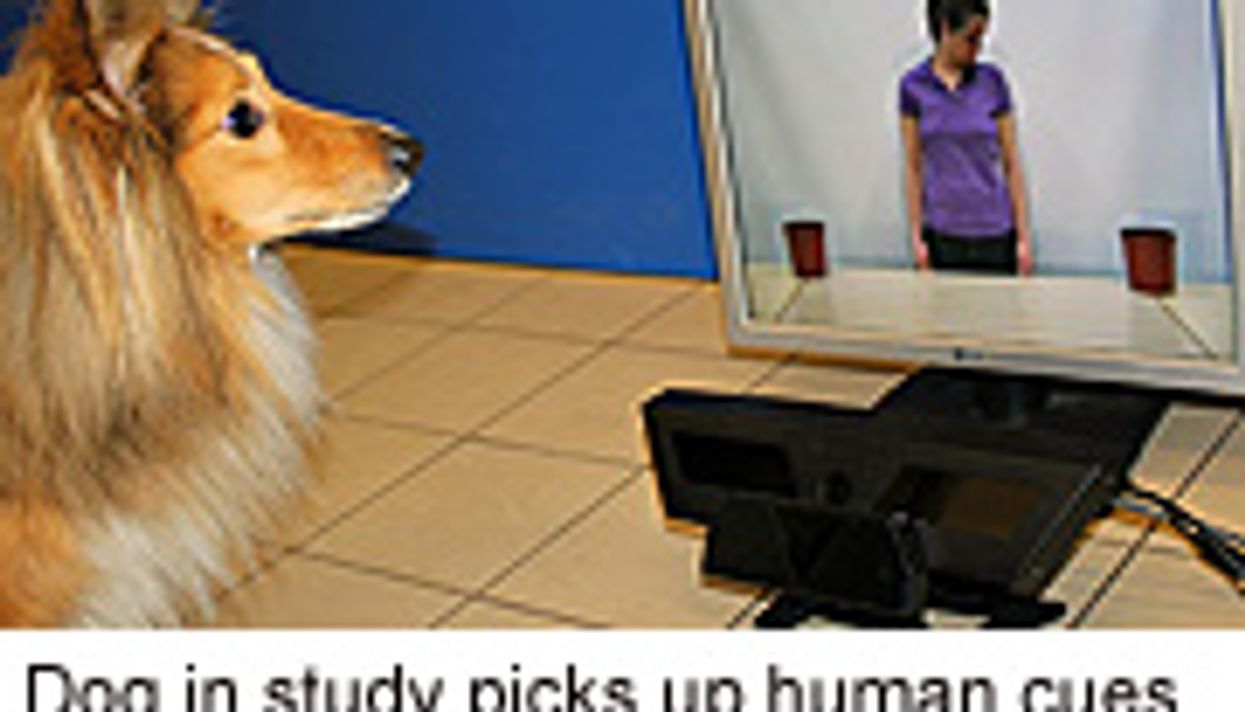 THURSDAY, Jan. 5, 2012 (HealthDay News) -- Man's beloved four-legged friends not only respond to the words and ministrations of humans, dogs can understand and anticipate the intentions of their people, researchers are reporting.

The skills are equivalent to what is seen in 6-month-old human infants, say researchers, who published their findings online Jan. 5 in Current Biology.

"These results support the notion that dogs are sensitive to the cues signaling humans' communicative intent in a way that is analogous to preverbal human infants," said study author Jozsef Topal.

"Dogs were domesticated for the purpose of working with people, so it's essential that the two species are able to communicate," said Adam Goldfarb, director of pet care issues at The Humane Society of the United States. "Even though most dogs have transitioned away from their work of herding or hunting, they've retained their communication tools."

More and more research is illuminating the uncanny human-like qualities of Canis lupus familiaris, better known as the domestic dog.

One study in the July 2011 issue of Learning & Behavior found that domesticated dogs were more likely to beg food from a person looking at them as opposed to someone who wasn't paying attention.

And canine-intelligence expert Stanley Coren has found that dogs have the developmental abilities of a human 2-year-old, with the average dog capable of learning the meanings of 165 words.

In the new study, 16 pet dogs watched videos of female actors turning towards a plastic pot.

In the first experiment, the actor gazed directly at the dog and said in a high-pitched voice, "Hi dog!"

In the second experiment, the actor said "Hi dog" in a low-pitched voice but didn't make eye contact.

Using eye-tracking techniques, which are already commonly used to study infant behavior, the researchers determined that the dogs were more likely to follow the human turning toward the pot when they had both been spoken to and received direct eye contact. Saying "Hi dog" in a low-pitched voice without the direct gaze didn't cue the dogs in to the human's intent.

Eye-tracking techniques are also likely to be useful in studying other aspects of dogs' cognitive processing, such as memory skills and reasoning abilities, said Topal, who is an associate professor in the Comparative Behavior Research Group at the Institute for Psychological Researches, Hungarian Academy of Sciences, in Budapest.

"The [dog's] gaze was only triggered when preceded by communicating intent. It does seem to be that dogs do look at humans and follow gestures," said Dr. Nicholas Dodman, director of the Animal Behavior Clinic at Tufts Cummings School of Veterinary Medicine in North Grafton, Mass. "This is intuitive to anyone who owns a dog, that dogs seem to be more in tune with us than some scientists believe."

"This should reinforce that if we want our dog's attention, we should be clear about it," Goldfarb said. "For those people who talk to their dog in a baby-talk voice, they should keep it up. Your dog knows that you're talking to him or her and will pay more attention."

The Humane Society of the United States has more on canine behavior.