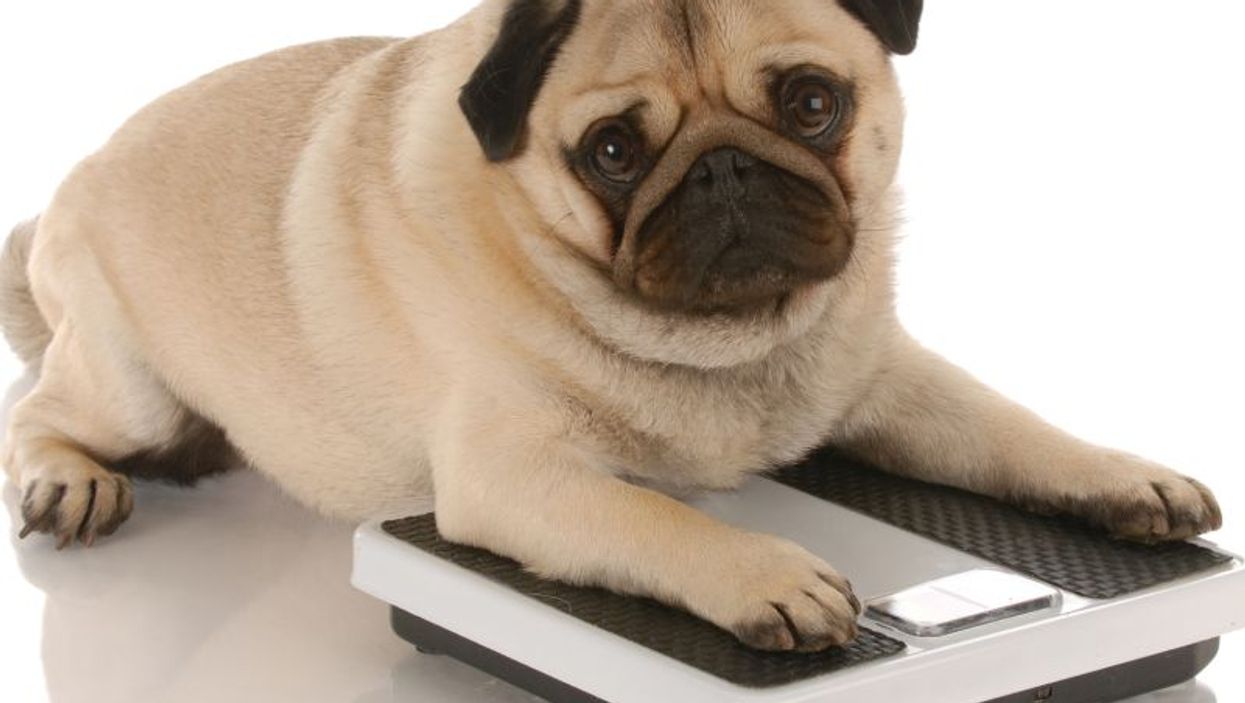 The study, which evaluated data from more than 50,000 dogs across 12 of the most popular breeds, found that the life span of overweight dogs was up to 2.5 years shorter than that of normal-weight canines.

"We know that in people, there's a higher risk of mortality if they have obesity, so in many respects this is not surprising," said study author Dr. Alexander German. He's a professor of small animal medicine at University of Liverpool in England.

"A two-and-a-half year shortening of the life span may not seem a huge amount, but when we convert to human terms, we're probably looking at between 10 and 15 years of shortened life span, which is considerable," German added.

Nearly half of American households include a dog, along with more than a quarter of British households, according to study documents. An estimated 1 in 3 dogs and cats in the United States is overweight.

Prior research indicates that overweight or obese dogs face higher risks of chronic diseases such as orthopedic problems, diabetes and certain types of cancer. As in people, obesity has been established as a contributor to these conditions, as well as to heart disease and high blood pressure.

German and his colleagues combed through data collected over 20 years on 50,787 middle-aged, neutered pet dogs who'd received care at a network of about 900 veterinary hospitals across North America.

The research didn't delve into the reasons behind pooches' extra pounds, but German said feeding habits are believed to play a role. Only 1 in 5 pet owners always measures how much food they're giving their pet, he said.

Having regular mealtimes is important for pets, German noted, but the number of meals each day isn't quite as crucial. Check with your veterinarian about recommended pet foods and amounts for your breed, he advised.

"The preference is at least two meals a day because they're spreading their intake over a period of time," German said. "Knowing how much you're feeding them is very important as well. Measure it out as accurately as you can."

Dr. Sarah Abood is an assistant professor in the clinical studies department at Ontario Veterinary College at University of Guelph in Canada and wasn't involved in the research. She said the findings support longstanding evidence that dogs and cats carrying extra weight "have significant health risks and that their quality of life can be negatively impacted."

Reviewing the study with her colleague Dr. Sarah Dodd, a doctoral student at Ontario Veterinary College, Abood noted that the pet food industry in North America defines a "complete and balanced" pet diet as containing all the nutrients required and in the correct ratios.

"There are rules of thumb by which a pet's calorie needs can be estimated, and there are large variabilities between individuals based on factors such as breed, age, sex, health status and lifestyle," Abood and Dodd said. But "there are no standard definitions for what makes up 'high quality' or 'low quality' dog or cat foods."

What about treats or table scraps? There's nothing wrong with offering occasional treats to your pet, German said, "but I think you have to be very, very careful about how much you give.

"If you give too many extras, once it's more than 10 percent of their daily intake, it can make a balanced diet an unbalanced diet," he added. "It tends to creep up on us. We tend to think about what goes in their bowl as the food, and … a lot of extras may be given in the course of a day."

Since dogs love "seizing" rewards, breaking one treat into many bits and playing with your dog to retrieve them may be more satisfying for your dog than giving them one big treat, German suggested.

As for regular exercise, between a half-hour and hour-long walk each day is optimal, he said. And keep track of your dog's weight with periodic weigh-ins.

Also, "If your dog is in a standing position, run your hands along their flanks. Generally speaking, with no pressure, you should be able to feel the bumps of their ribs," German said. "If you have to push in, chances are your pet is carrying too much body fat."

The study, which was funded by Mars Petcare, was published in a recent issue of the Journal of Veterinary Internal Medicine.

Study Estimates Prevalence of Lupus in the U.S.

Tocilizumab Does Not Improve Outcomes in Severe COVID-19

Impact of Antidepressants Examined in Back Pain, Osteoarthritis