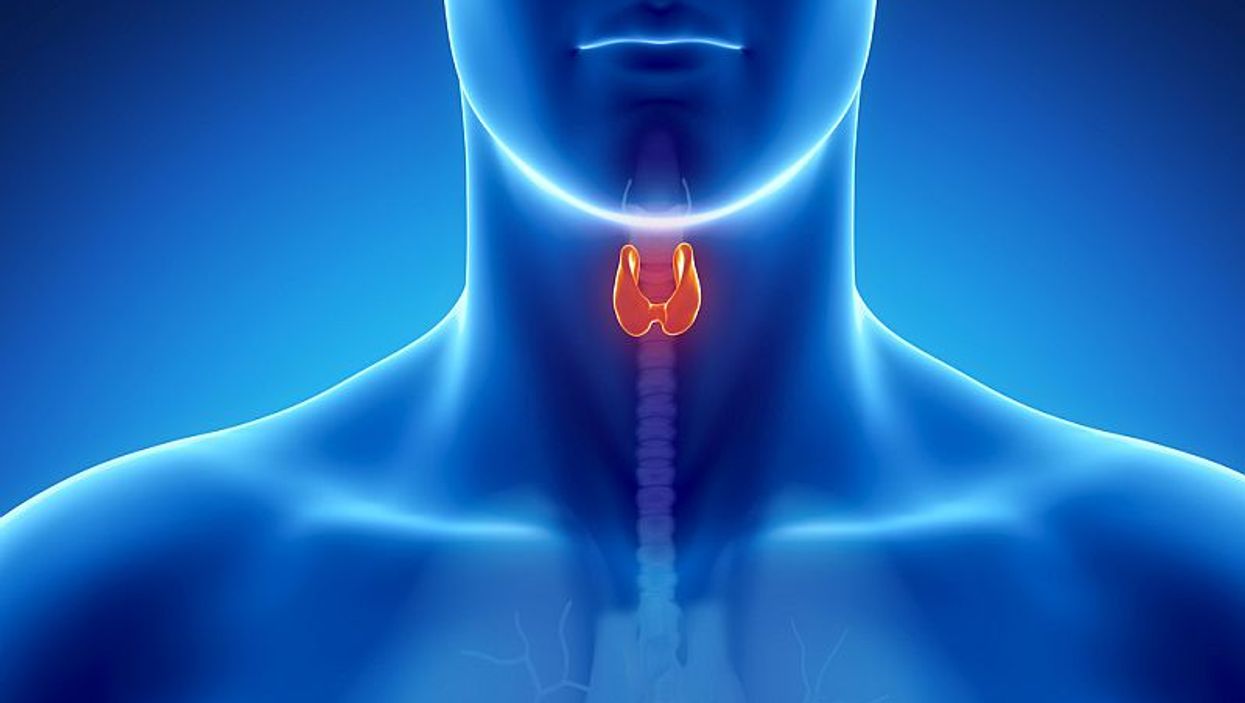 The study couldn't prove cause-and-effect, but "we identified a clear dose-response relationship between this widely used treatment and long-term risk of death from solid cancer, including breast cancer, in the largest cohort study to date of patients treated for hyperthyroidism," said lead author Cari Kitahara. She's with the Division of Cancer Epidemiology and Genetics at the U.S. National Cancer Institute (NCI).

"We estimated that for every 1,000 patients treated currently using a standard range of doses, about 20 to 30 additional solid cancer deaths would occur as a result of the radiation exposure," Kitahara said in an NCI news release.

But thyroid specialist Dr. Daniel Kuriloff said the study is retrospective -- a look back at collected data -- and has its flaws. So the new findings aren't any reason for panic in patients who've had this thyroid treatment in the past, he added.

"The majority of retrospective studies, including this recent study, are inherently biased," stressed Kuriloff, who directs the Center for Thyroid & Parathyroid Surgery at Lenox Hill Hospital in New York City. He wasn't involved in the new study.

Retrospective trials (as opposed to prospective trials where more factors can be controlled) cannot prove cause-and effect, Kuriloff said. Also, other illnesses are often not taken into account "and standard treatments during the study period differ from what is currently practiced," he said.

Hyperthyroidism occurs in about 1.2% of people, and women are much more likely to have it than men.

As Kitahara's group explained, radioactive iodine has been a common treatment of hyperthyroidism in the United States since the 1940s. Other widely used treatments are anti-thyroid drugs and surgery.

This new study included nearly 19,000 patients who received radioactive iodine for hyperthyroidism (mainly Graves' disease) between 1946 and 1964. None of them had cancer at the start of the study.

The researchers estimated radiation doses delivered to each organ or tissue as part of the treatment. Most radiation from radioactive iodine is absorbed by the thyroid gland, but other organs, such as the breast and stomach, are also exposed to radiation during the therapy.

According to the NCI team, there was an association between the radiation dose absorbed by an organ and the risk of death from cancer at that site. This link was statistically significant for solid tumors in men and women, and for breast cancer in women.

The findings suggest that for every thousand 40-year-old patients with hyperthyroidism treated with radiation doses typical of current treatment, there would be an extra 19 to 32 radiation-related solid cancer deaths.

Kitahara called that increase "modest," and added that "radioactive iodine is still a widely used treatment for hyperthyroidism."

She stressed that the treatment does help ease hyperthyroid conditions. So, "it's important for patients and their physicians to discuss the risks and benefits of each available treatment option," Kitahara said.

For his part, Kuriloff said the fact that people in the study received treatment as far back as the 1940s is key.

"Some of the more toxic anti-thyroid drugs administered during that period are no longer in use and may have also played role in breast cancer risk and mortality," he noted.

And he said that more serious cases of hyperthyroidism were more likely to receive radioactive iodine. That means "selection bias" was at play -- in other words, sicker people tended to get the treatment, and for a variety of reasons these patients may have been at higher cancer risk in general.

Still, patients have options if they wish to avoid a radiation-based therapy, Kuriloff said.

"Total thyroidectomy, although considered more invasive than medical management, may be the preferred treatment option for patients who wish to avoid any radiation exposure," he said. "Exploring the risks and benefits of all potential treatment options requires a shared decision process between the patient and treating physicians."

The study was published July 1 in the journal JAMA Internal Medicine.

The American Academy of Family Physicians has more on hyperthyroidism.