When full-contact practices were limited, blows to the head dropped, study found 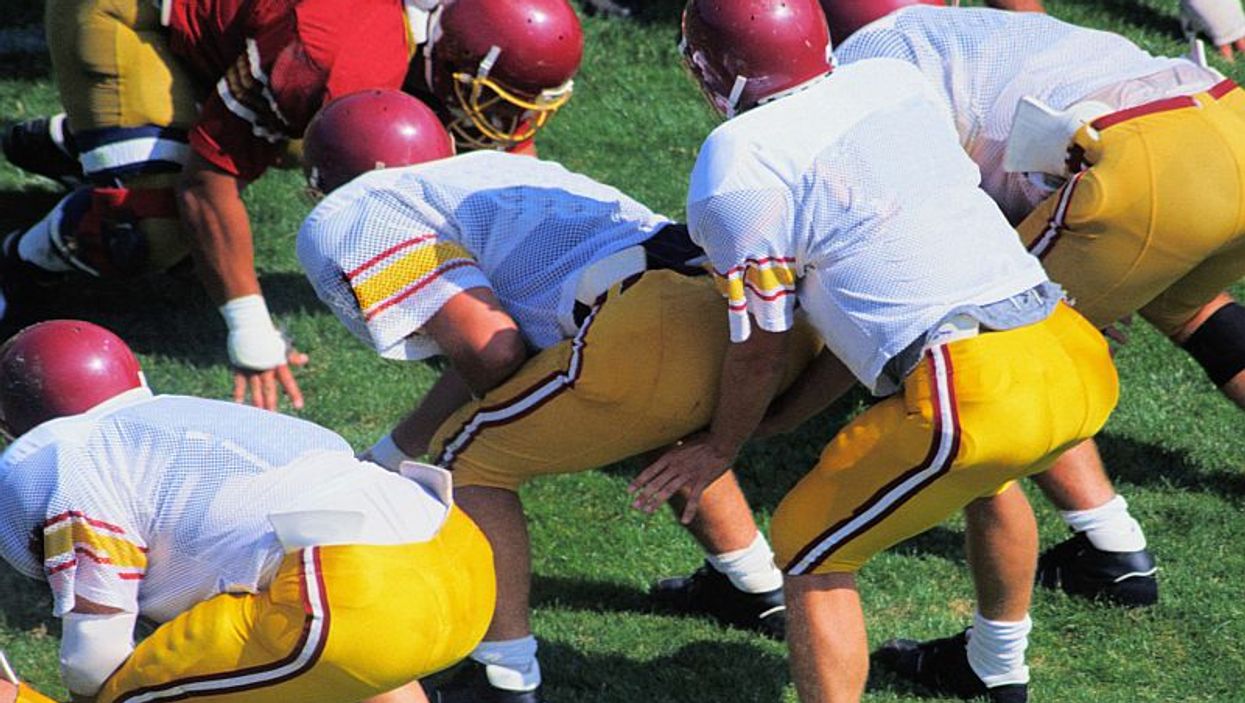 WEDNESDAY, July 27, 2016 (HealthDay News) -- Concussions are a major risk for high school football players, but new research found that limiting tackling during practices lowered the risk of blows to the head.

The investigation looked at the outcome of a statewide regulation restricting full-contact practices to no more than two days a week.

After the Michigan High School Athletic Association implemented the rule, head impacts at one school dropped by 42 percent, according to the study.

A head impact is a blow to the head that may not generate visible signs or symptoms of damage, said study author Steven Broglio, who is director of the NeuroTrauma Research Lab at University of Michigan. A concussion is a blow delivered to the head with a force that can temporarily alter brain function and includes symptoms of damage.

"While this study wasn't designed to evaluate concussion rates, a reduction in overall head impacts will likely reduce injury risk," said Broglio, a certified athletic trainer. "Concussions are always a risk for any athlete, in any sport, but football being a contact/collision sport carries a greater risk than many other sports."

First, Broglio and his colleagues reviewed head impacts among 26 football players from a single high school in Michigan in 2013. During that year, there were no rules regulating the number or duration of full-contact practices. The players had these practices with full-contact hitting about three days a week, according to the report.

The researchers then looked at the number of head impacts among 24 players at the same school in 2014, the year the rule limiting full-contact practices was instituted.

In addition to observing a significant overall decline in head impacts, the study authors also noted that linemen experienced the biggest reduction in head impacts.

"During football, linemen are involved in every play, making contact with the player across from him," Broglio explained. "Conversely, a quarterback is often 'protected' during practices and receives little contact."

The findings were published in the July issue of the Journal of Athletic Training.

The study authors also wrote that the most recent contract between players and owners in the National Football League (NFL) limits full-contact practices to one day per week during the regular season.

McLeod emphasized that high school teams can have productive practices without full-contact tackling. Training sessions can be conducted with tackling dummies and using methods like the Helmetless Tackling Technique, an approach that suggests practicing without protective equipment can minimize head impacts.

Broglio added that practices can be held using "thud" tackling, in which no player goes to the ground.

Although some coaches may feel it is necessary to simulate game scenarios during practice to maximize performance, Broglio said he was unaware of any difficulties with the new Michigan rule.

The authors emphasized that this study was strictly about head impacts and did not provide information about how the policy has influenced concussion rates.

"We don't know how these rules affect the risk of concussion," Broglio said. "I think it is important to continue to monitor the effect of these and other rule changes on concussion rates and concussion outcomes."

McLeod added, "Since we do not have prospective data to determine the direct relationship between head impacts and concussion or long-term impairment, it is prudent to act conservatively and do what we can to limit exposure to head contact."

The National Federation of State High School Associations has guidelines on managing head impacts and concussions in football.