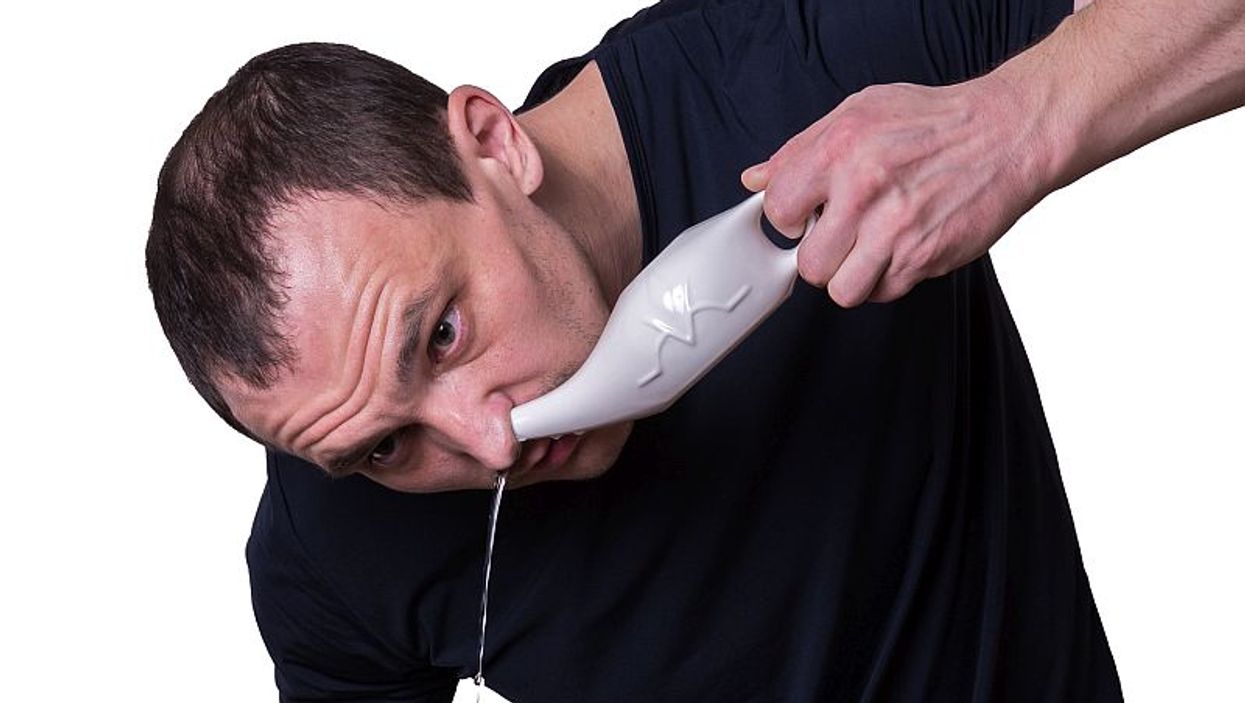 "People with chronic and recurrent sinusitis have poor quality of life, similar to having a major chronic disease," said lead study author Dr. Paul Little, professor of primary care research at the University of Southampton in England.

"It is very nice to be able to provide something really simple that empowers people to manage this problem, helps them with their symptoms, reduces the need to take over-the-counter medications, and makes them less likely to want to see the doctor in future attacks," he said.

More than 29 million American adults were diagnosed with sinusitis in 2014, according to the U.S. Centers for Disease Control and Prevention. Sinusitis is an inflammation of the nasal cavities often caused by a virus, allergy, bacteria, fungus, or possibly an autoimmune reaction.

For those with chronic sinusitis, doctors often recommend steam inhalation or nasal irrigation -- rinsing the sinuses with a saline (salt-based) solution.

To evaluate the effectiveness of these two common treatments, Little and his team followed 871 patients in England who had a history of chronic or recurrent sinusitis. Participants were assigned one of four treatments: daily nasal irrigation with saline plus use of an instructional video; daily steam inhalation; a combination of both; or their usual treatment. Usual care was at the discretion of the patient's physician and could include the use of antibiotic medications.

Participants in the nasal irrigation group were given a neti pot, a vessel designed to rinse mucus and debris from the nasal cavities. (Typically, they look like little teapots with long spouts.) These individuals were asked to irrigate their nose daily with about 5 ounces of saline solution in each nostril. The solution was made of 1 teaspoon salt and a half teaspoon of baking soda combined in 1 pint of water.

The steam treatment group was asked to inhale steam for five minutes every day. They were directed to place a towel over their head and stand over a bowl of recently boiled water.

The scientists measured results using the Rhinosinusitis Disability Index, a questionnaire used to evaluate nasal congestion and related problems, such as throat pain and headaches.

At three months and six months, the researchers found that patients who used nasal irrigation reported improvement. Those using steam inhalation said headaches had eased, but they appeared to have no congestion relief.

"Nasal irrigation is foundational in sinus care," said Dr. Len Horovitz, an internist at Lenox Hill Hospital in New York City. "Saline solution can be easily mixed and utilized with a neti pot or other irrigation device. Simple saline mists only moisturize, and steam can cause swelling of membranes. Heat provokes swelling, so that can be harmful."

The study authors also noted that fewer participants in the nasal irrigation group (compared to no-irrigation patients) took over-the-counter medications, had headaches, or intended to consult a doctor in future episodes.

Little added that people suffering from sinusitis often get repeated courses of antibiotics, which may not help much and may contribute to the development of antibiotic resistance.

"It's well worthwhile not taking antibiotics unless absolutely necessary because they make it more likely that you will then carry antibiotic-resistant bacteria," said Little. "They [antibiotics] have side effects and can also affect the ability of the body to fight infections."

Although the U.S. Food and Drug Administration has said that rinsing nasal passages with neti pots is generally safe, the agency has expressed some concerns about the risk of infection tied to the improper use of these devices.

To avoid an infection caused by contaminated tap water, the CDC advises using filtered, boiled or distilled water. The CDC also recommends rinsing irrigation devices after each use with safe water, and letting them air dry completely.

The study was published July 18 in CMAJ.

The U.S. Food and Drug Administration answers some questions about rinsing your sinuses.