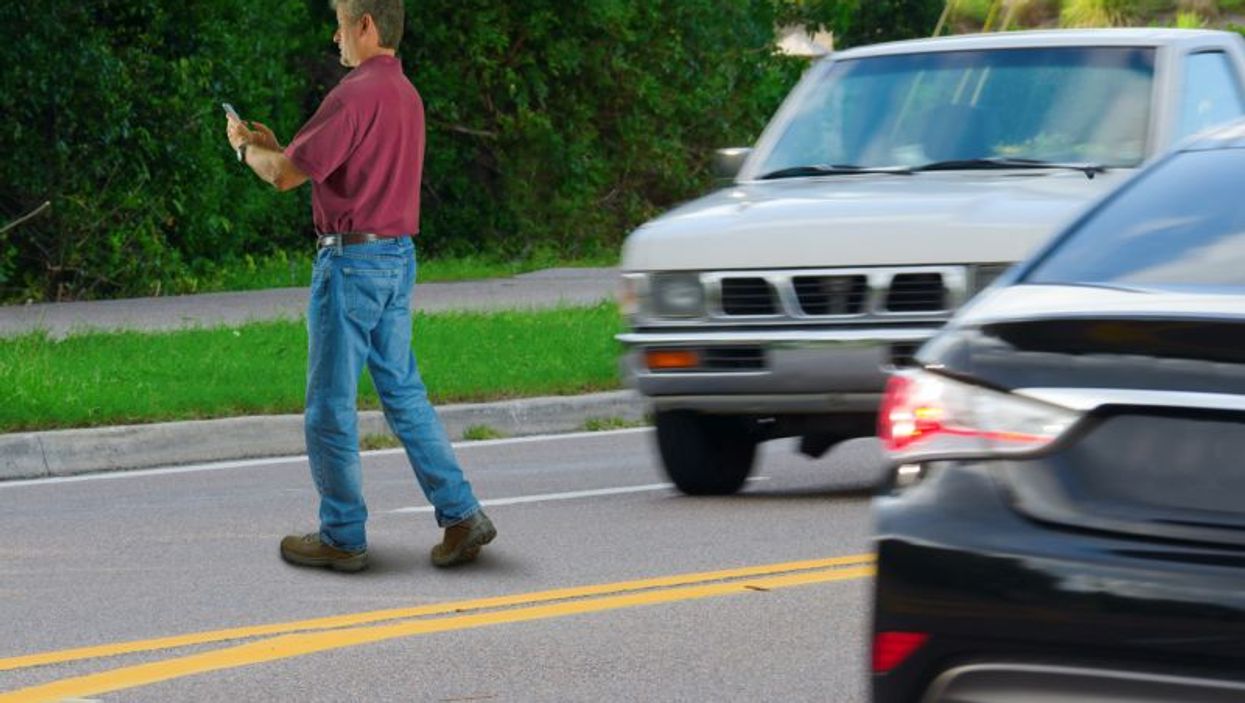 TUESDAY, Aug. 14, 2018 (HealthDay News) -- Cellphone users blundering into signs, lampposts, other people and traffic have become a recurring sidewalk sight in many places.

And now, new video analysis reveals the extent to which cellphones interfere with a person's ability to hoof it from here to there.

Cellphone use drastically alters a pedestrian's balance, coordination and movement, said senior researcher Mohamed Zaki. He is a research associate in the University of British Columbia's department of civil engineering in Vancouver.

"Pedestrians who look at their phone have more issues controlling their stability and their walking pattern," Zaki said.

As a result, pedestrians are more likely to bumble into objects or trip over hazards like sidewalk cracks or potholes. The phones also distract people from potential hazards, he added.

"They cannot take the precautionary action that is necessary if there's a vehicle approaching or someone is approaching in the other direction," Zaki said.

For the study, Zaki and his colleagues mounted three cameras at a busy four-way intersection located near Thompson Rivers University in the city of Kamloops, B.C. Over a two-day period, they captured the movements of 357 pedestrians.

More than one-third of the pedestrians were distracted by their cellphones, either by texting or talking, the researchers found.

Pedestrians distracted by their phones had trouble maintaining their walking speed and their gait, the study authors noted.

Overall, cellphone-distracted pedestrians tended to have less stability, and were more likely to weave and stumble, the findings showed.

Dr. Robert Glatter is an emergency medicine physician with Lenox Hill Hospital in New York City. He said, "Simply put, your brain can't do two things well at once -- so one task suffers, which means you may stumble or suffer a collision due to the compromised way in which you take your steps."

People using their phones also took longer to cross the road, increasing the risk that they'd be caught out in an intersection or have a run-in with a car, the investigators added.

Data like this could be valuable in the development of safe driverless cars, the researchers suggested. Cars taught to recognize distracted pedestrians might be better able to avoid them.

Zaki said this info also provides a strong argument for pedestrian-friendly street features like raised crosswalks -- essentially a speed bump that runs across the street from sidewalk to sidewalk.

Raised crosswalks allow pedestrians to safely walk on a level surface, instead of leaving the sidewalk for the lower-slung street surface, he said. They also force oncoming vehicles to reduce their speed.

But, according to Glatter, people would be better off just putting their phones away while they walk, particularly approaching an intersection.

"It's important to look in front of you when crossing the street, so make it a point to put your phone away so that it won't be a distraction. Whatever it is, it can wait 10 seconds," Glatter said. "It's just not worth either causing an accident or being a part of one."

The study was published online recently in the journal Transportation Research Record.

The National Safety Council has more about pedestrian safety.