Lizard may be the limit for sticky footpads that could scale vertical walls, scientists say 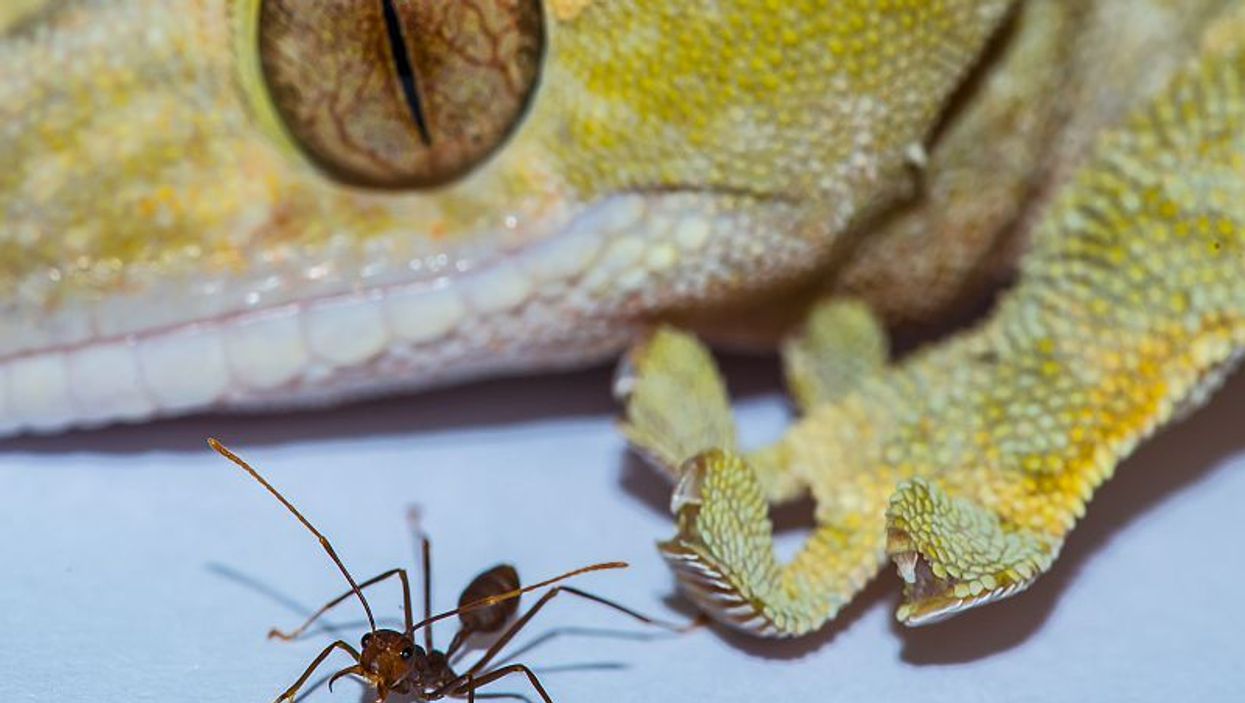 FRIDAY, Jan. 22, 2016 (HealthDay News) -- The hopes of all Spiderman wannabees may have been shattered by a new study.

British researchers at the University of Cambridge looked at a variety of creatures that manage to easily scale vertical walls.

The new findings suggest that sticky-footed geckos represent the size limit for any animal that can safely do so.

According to the research, larger animals would need unmanageably large, sticky feet to clamber up walls, Spidey-style.

"If a human, for example, wanted to walk up a wall the way a gecko does, we'd need impractically large sticky feet -- our shoes would need to be a European size 145 or a US size 114," study senior author and zoologist Walter Federle said in a university news release.

"We were looking at vastly different animals -- a spider and a gecko are about as different as a human is to an ant -- but if you look at their feet, they have remarkably similar footpads," added study lead author David Labonte, also a zoologist.

His team determined that in climbing animals such as mites, spiders, tree frogs and geckos, the percentage of body surface covered by sticky footpads increases with body size. For example, mites use about 200 times less of their total body area for adhesive pads than geckos.

While the findings are disappointing news for would-be superheroes, they could have practical applications, perhaps in the development of powerful new adhesives.

"Our study emphasizes the importance of scaling for animal adhesion, and scaling is also essential for improving the performance of adhesives over much larger areas," Labonte said. "There is a lot of interesting work still to do looking into the strategies that animals have developed in order to maintain the ability to scale smooth walls, which would likely also have very useful applications in the development of large-scale, powerful, yet controllable adhesives."

The study was published Jan. 18 in the journal Proceedings of the National Academy of Sciences.

The San Diego Zoo has more about geckos.