Achievement shows how 'plastic' these cells can be, experts say 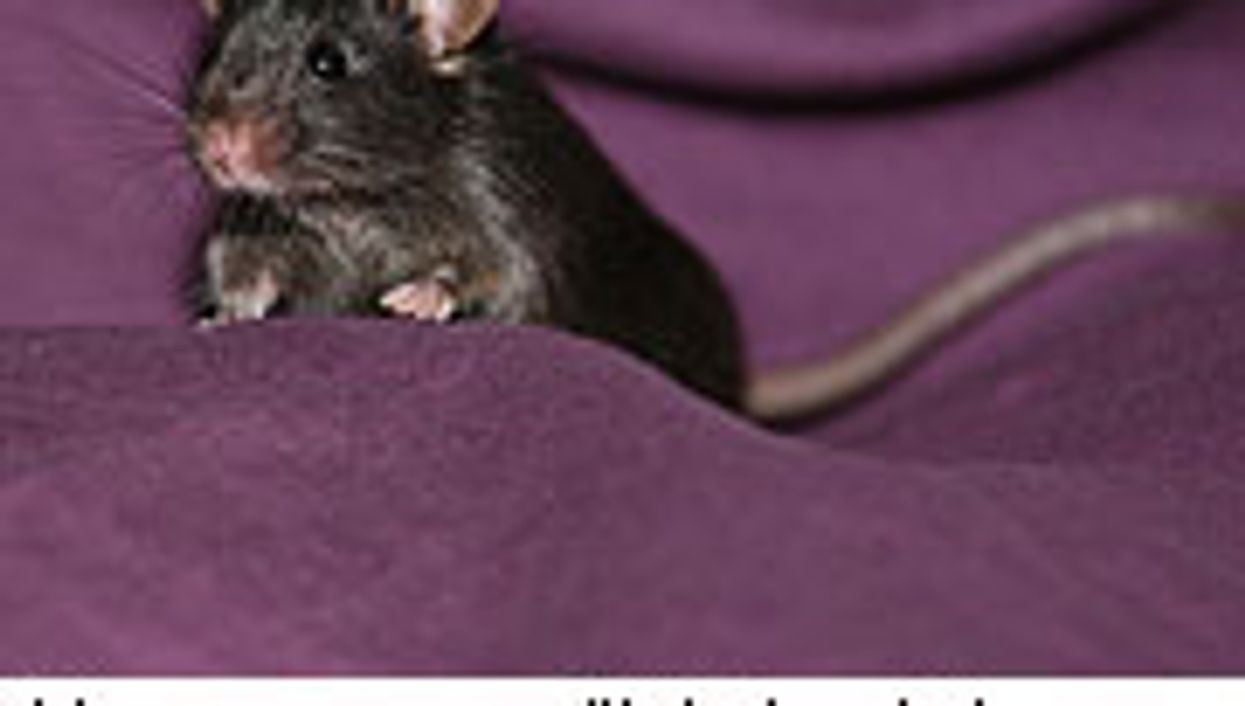 THURSDAY, July 23, 2009 (HealthDay News) -- The mouse may be named "Tiny," but what it represents in the world of science is anything but that.

According to Chinese researchers, the birth of Tiny (and Tiny's brethren) marks a milestone in stem cell research: Healthy, fertile animals grown using so-called pluripotent stem cells (iPS) derived not from embryonic cells, but rather cells sourced from adult mice.

The finding, published in the July 23 issue of Nature, was described during a press conference held Wednesday in London.

"To our knowledge, it's the first time" this has been achieved, said co-researcher Qi Zhou, associate director of zoology at the State Key Laboratory of Reproductive Biology with the Institute of Zoology at Beijing's Chinese Academy of Sciences.

The new technique to create iPS cells was initially developed three years back. The cells are adult cells that lack the natural ability to differentiate into multiple cell types but are artificially reprogrammed to do so by scientists working in the laboratory. This makes them remarkably similar in character (if not identical) to embryonic stem cells, the Chinese researchers said.

iPS cells could, in theory, serve as an alternative to more controversial embryonic stem cells, whose natural therapeutic potential lies in their ability to develop into the cellular material of any number of muscles, tissues and organs, as well as blood and bone. In March, President Barack Obama lifted the eight-year ban on research using new embryonic stem cell lines that had been imposed by the Bush Administration. However, the controversy continues.

Until now, real progress in iPS cell research has been tough to achieve. The Chinese team described prior efforts to reprogram the cells as "slow and inefficient." As well, past attempts to prove the "complete developmental potential" of IPS cells -- by producing a live animal -- had failed.

In their study, Zeng, Zhou and their colleagues focused on the generation of 37 new lines of iPS cells, using cells from mice with varying genetic backgrounds.

But iPS cells cannot, in and of themselves, generate placental material. Therefore, the research team injected some of the iPS cell lines into mouse embryonic material, a complex technique known as "tetraploid complementation" (TC).

They then transferred the resulting embryos into female mice.

According to the team, TC injection with cells from three iPS lines (out of the six lines available) successfully resulted in the production of dozens of healthy mouse pups.

What's more, the iPS-generated pups were mated as adults and were fertile enough to produce more than 200 healthy offspring, who subsequently produced a third generation.

The current work has not produced any shortcuts when it comes to creating viable iPS stem cells, the researchers cautioned. And they said a lot of unanswered questions remain, including the results of an in-depth analysis of potential abnormalities among the first generation of iPS mice. More research, including exploring a range of alternative stem cell methods, is underway.

And, as with most animal studies, "a lot of mouse models don't translate into the human model", Zeng said. She said the immediate focus was on exploring mouse research strictly on its own terms, as an animal model.

Zeng acknowledged, however, "that some of the mouse studies will have some potential application in humans," and that this possibility carries its own set of "significant technical and ethical issues."

"Our current study is nowhere meant to be a first step in that direction," she added, but "this gives us hope for future therapeutic interventions, using patients' own reprogrammed cells."

One U.S. expert believes the new work could have implications for human medicine down the line.

"It's hard not to extrapolate from this to humans, but I understand, I guess, why they don't want to," said Paul Sanberg, a distinguished professor of neurosurgery and director of the University of South Florida Center for Aging and Brain Repair in Tampa. "Yes, it's in the realm of animal models. But it certainly shows how the iPS cells can be very plastic, and used for a variety of areas to develop tissues and now an animal. And it could end up being a way to develop animal models for human diseases in the future. So it's very interesting."

Find out more about stem cells at the U.S. National Institutes of Health.