See What HealthDay Can Do For You
Contact Us
September 18, 2013 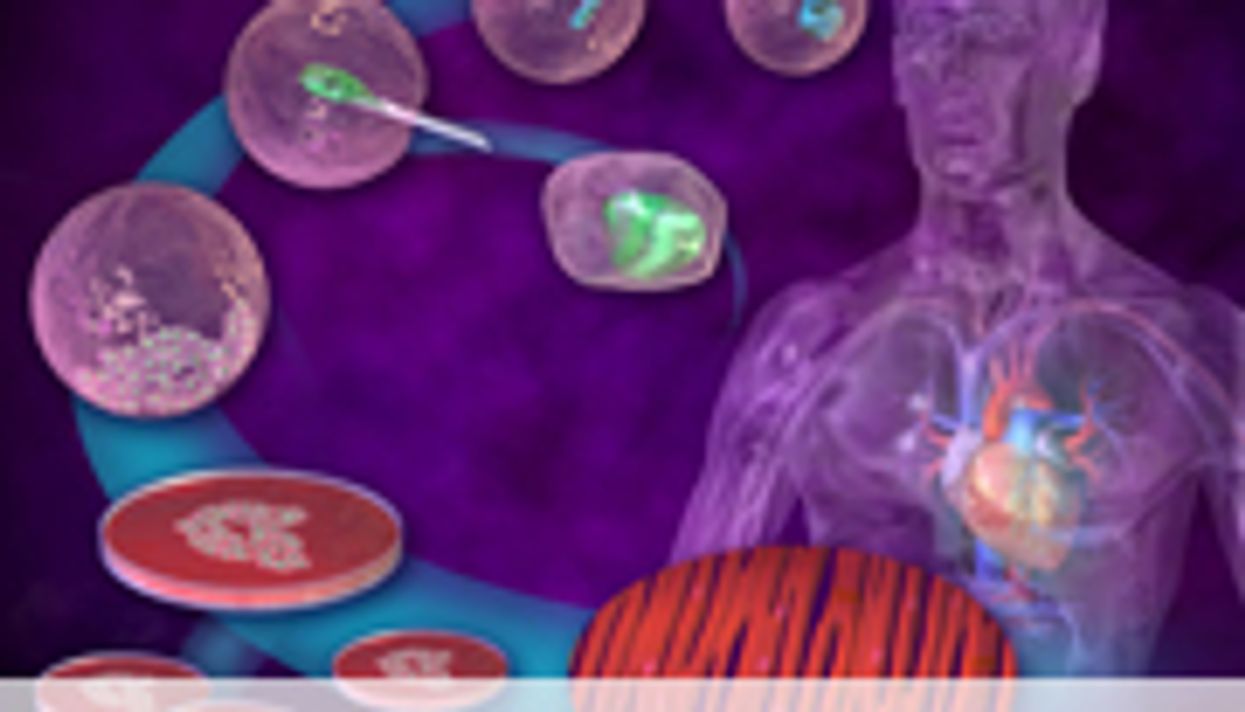 WEDNESDAY, Sept. 18, 2013 (HealthDay News) -- Scientists have figured out a way to more readily turn adult skin cells into primitive stem cells that could potentially be used to treat a variety of chronic diseases.

In a study published Sept. 18 in Nature, Israeli researchers reported that they identified the key molecule that stops adult cells from transforming into so-called induced pluripotent stem (iPS) cells. Those stem cells are similar to the primitive cells found in embryos, and have the potential to generate any type of body tissue, scientists believe.

Ultimately, the hope is to use iPS cells to treat damaged tissue in a range of chronic ills -- from heart disease and diabetes, to arthritis, and spinal cord injuries and Alzheimer's disease.

That's still some years away, according to the experts, but the new findings are a step forward.

"We've already known how to create these cells, but it's an inefficient process," said Konrad Hochedlinger, a stem cell researcher at Massachusetts General Hospital in Boston who was not involved in the study.

Right now, it could take weeks to months to coax human skin cells to transform into iPS cells. And even then, only a fraction of the cells are actually successfully "reprogrammed," Hochedlinger added.

In the new study, researchers reprogrammed in the space of one week nearly all of the mouse and human skin cells they studied.

They did it by identifying a molecule that normally acts as a "roadblock" to keep adult cells from reverting back to infancy.

"We uncovered a new major pathway that prevents skin cells from converting back to an embryonic state," said senior researcher Dr. Jacob Hanna, of the Weizmann Institute of Science in Rehovot, Israel.

"If we block this pathway, we increase current methods of making iPS cells up to 100 percent (efficiency), and eliminate the randomness and protracted nature of the process," he added.

Stem cells have been a hot topic in scientific research for years, with controversy swirling around the study of embryonic stem cells -- because that requires an embryo to be destroyed in the process. But in 2007, researchers had their first success with reprogramming adult human cells to become embryonic-like stem cells.

It's done by activating just a few key genes that override the identity of an adult cell and send it back to an embryonic-like state. But the process has been hampered by inefficiency, and, Hochedlinger said, "we didn't know why that was."

The new findings point the finger at a molecule called Mbd3. Hanna's team found that blocking its action allowed human skin cells to be transformed into iPS cells almost 100 percent of the time.

Right now, Hochedlinger noted, the most efficient way to convert adult cells into pluripotent stem cells is through a viral vector -- through which a virus is used to transport the necessary "reprogramming factors" into the cell.

The limitation is, the virus genetically alters the cell. And in animal research, that has been shown to sometimes cause cancer, according to the U.S. National Institutes of Health.

Hanna stressed that point. "This is a major advance toward making safer iPS cells, without genetic modifications, at high efficiency," he said.

But another stem cell researcher said it remains to be seen whether iPS cells created this way really do have a low rate of "reprogramming errors" -- including activation of genes that could promote cancer.

It's not only viral vectors that introduce those errors into cells. The reprogramming process itself can do it, said Juan Dominguez-Bendala, of the Diabetes Research Institute at the University of Miami Miller School of Medicine.

"When a cell that has a specific function is forced to wipe out its memory and act as a stem cell, it has to activate genes that normally remain silent in adult cells," Dominguez-Bendala explained. Some of those genes, he said, are involved in controlling cell replication -- and cancer is essentially out-of-control cell growth.

"Since there is a very thin line between a stem cell and a cancer cell," Dominguez-Bendala added, "you want the (reprogramming) process to be as clean as possible."

The new method may indeed be "cleaner," he said, but that's just "conjecture" for now.

Still, both he and Hochedlinger said that for researchers, the new findings will help in sorting out exactly what goes on during cell reprogramming -- which will be important if iPS cells are to be used to treat diseases.

Hochedlinger said his guess is the therapy could become a reality for certain diseases within the next five to 10 years.

The U.S. National Institutes of Health has a primer on stem cells.