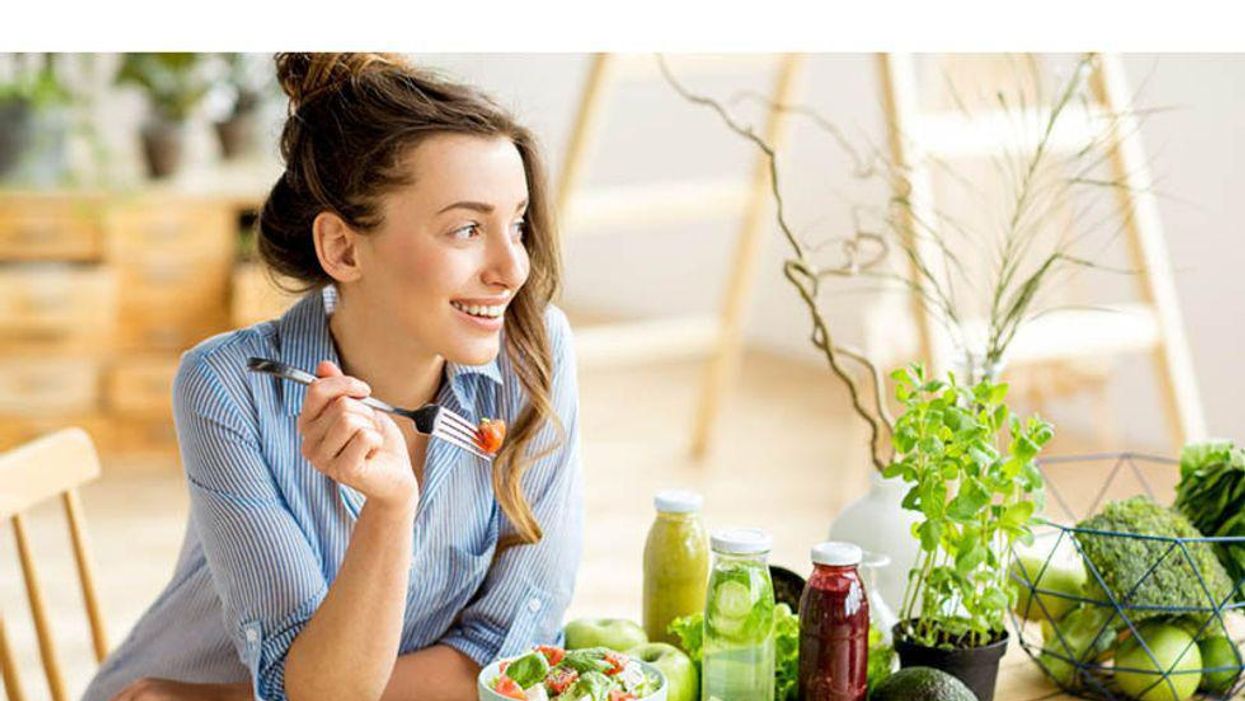 MONDAY, June 7, 2021 (HealthDay News) -- A healthier diet during periconception and pregnancy is associated with a lower risk for common pregnancy complications, according to a study published online June 2 in the American Journal of Clinical Nutrition.

The researchers found that a healthier diet near the time of conception, as indicated by higher alternate Healthy Eating Index (AHEI), alternate Mediterranean diet (AMED), and Dietary Approaches to Stop Hypertension (DASH) scores, was generally related to lower risks for pregnancy complications, including a lower risk for gestational diabetes, hypertension, preeclampsia, and preterm delivery. For the highest versus lowest quartile, women with a high AHEI score at 16 to 22 weeks had a lower risk for gestational diabetes (adjusted relative risk, 0.32). Higher DASH scores at eight to 13 weeks and 16 to 22 weeks were associated with a lower risk for pregnancy-related high blood pressure disorders. A high AMED score or a high DASH score at 24 to 29 weeks cut the risk for preterm birth in half.

"Inclusion of a multiracial population in the present study makes the findings more generalizable to U.S. pregnant women in general," the authors write.