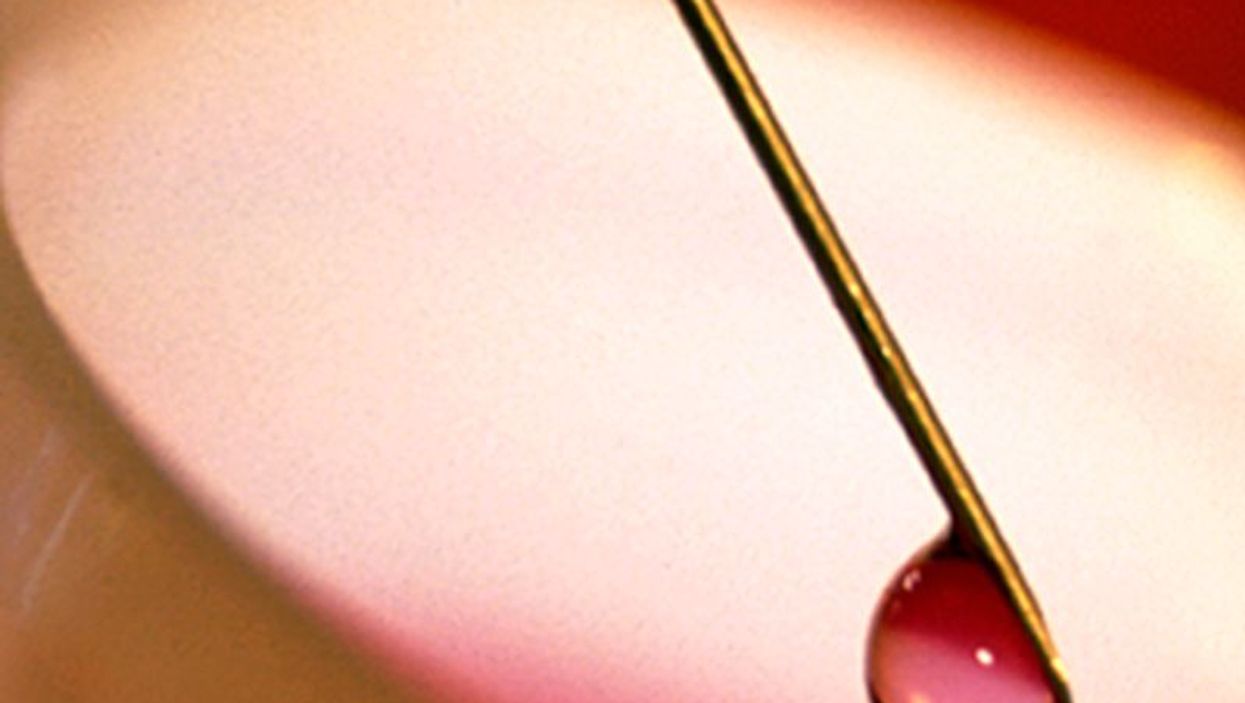 FRIDAY, Feb. 26, 2016 (HealthDay News) -- There is drop-to-drop variation in blood component measures from fingerprick blood that is greater than variation in drops of venous blood, according to a study published recently in the American Journal of Clinical Pathology.

Meaghan M. Bond and Rebecca R. Richards-Kortum, Ph.D., both from Rice University in Houston, used a hematology analyzer to analyze the hemoglobin concentration, total white blood cell (WBC) count, three-part WBC differential, and platelet count in six successive drops of blood collected from one fingerprick from each of 11 donors. Additionally, a hemoglobinometer was used to measure the hemoglobin concentration of 10 drops of fingerprick blood from each of seven donors.

The researchers found that the average percent coefficient of variation (CV) for successive drops of fingerprick blood ranged from three times higher (for lymphocyte count) to more than seven times higher (for granulocyte count), compared to venous controls measured using a hematology analyzer. For hemoglobin, the average percent CV for fingerprick blood was up to five times higher, compared to venous blood measured using a point-of-care hemoglobinometer.

"These data suggest caution when using measurements from a single drop of fingerprick blood," the authors write.