'I would've stopped the treatment, but I wanted to come see the dog' 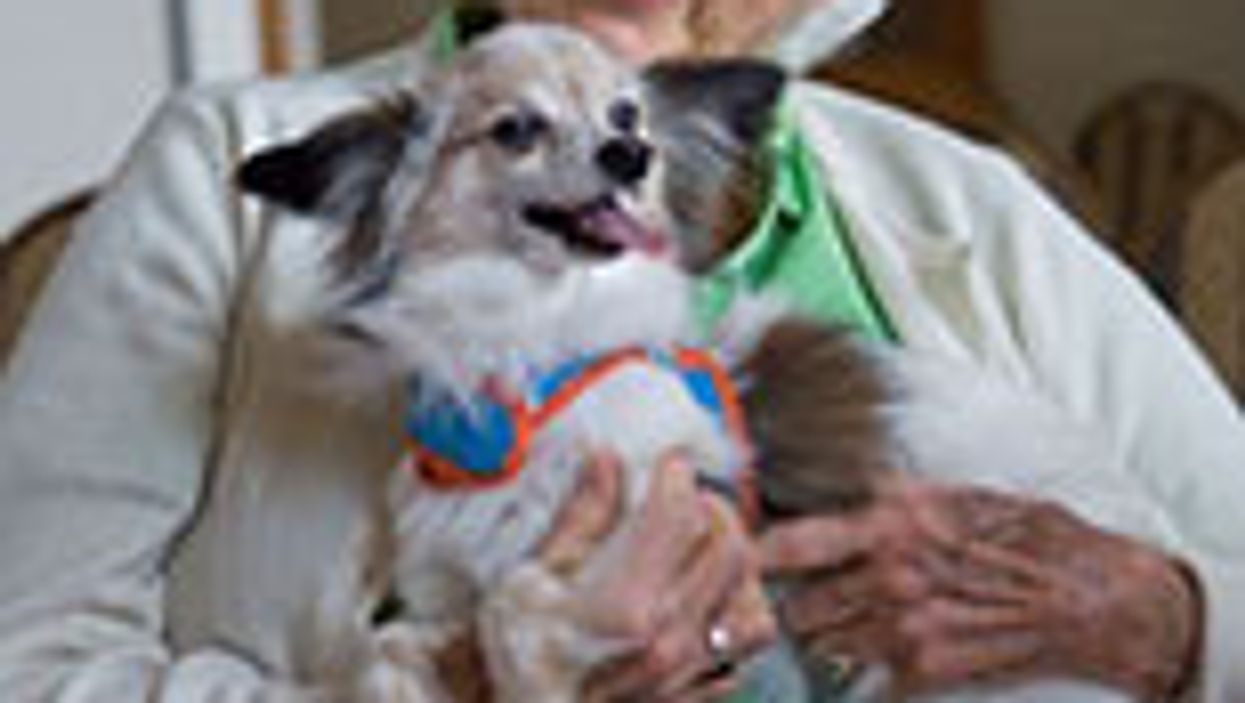 TUESDAY, Jan. 20, 2015 (HealthDay News) -- People undergoing chemotherapy and radiation for cancer may get an emotional lift from man's best friend, a new study suggests. The findings have been published in the January issue of the Journal of Community and Supportive Oncology.

Stewart Fleishman, M.D., from the Continuum Cancer Centers of New York in New York City, and colleagues followed 42 patients at the hospital who were undergoing six weeks of chemotherapy and radiation for head and neck cancers, mostly affecting the mouth and throat. All of the patients agreed to have visits with a therapy dog right before each of their treatment sessions. The dogs, trained by the Good Dog Foundation, were brought in to the waiting room, or hospital room, so patients could spend about 15 minutes with them.

Overall, the dogs seemed to make the burden a little easier. Using standard questionnaires, Fleishman's team found that -- as expected -- patients' physical well-being deteriorated over the course of their treatment. Yet their emotional and "social" well-being -- which includes feeling supported -- actually increased. "One patient said, 'I would've stopped the treatment, but I wanted to come see the dog,'" Fleishman told HealthDay.

When it comes to cancer treatment, the findings show that the rigors can be lessened, Fleishman said. "I think patients can take heart. There are interventions that can make the quality of that time better."

The study was funded by a grant from the Good Dog Foundation and Pfizer Animal Health (now Zoetis Animal Health).