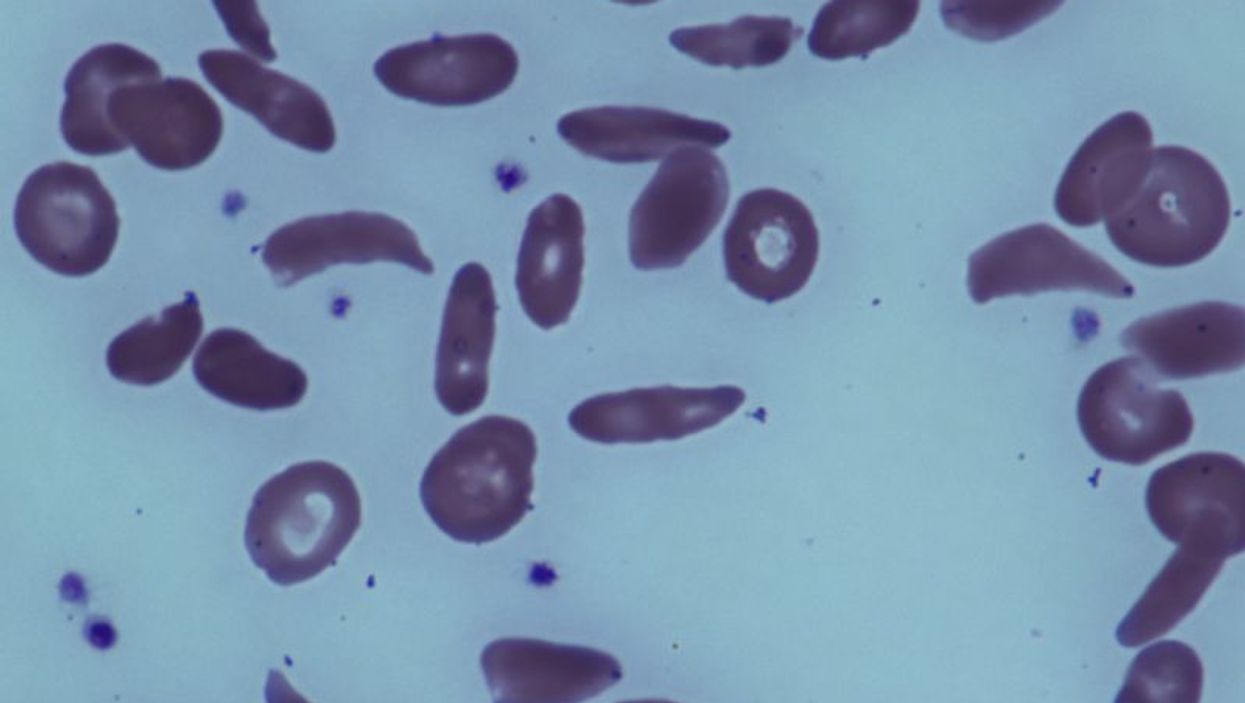 TUESDAY, Dec. 8, 2015 (HealthDay News) -- The rate of vaso-occlusive crisis events is not significantly lower for children and adolescents with sickle cell anemia receiving prasugrel versus placebo, according to a study published online Dec. 8 in the New England Journal of Medicine. The research was published to coincide with the annual meeting of the American Society of Hematology, held from Dec. 5 to 8 in Orlando, Fla.

Matthew M. Heeney, M.D., from the Boston Children's Hospital, and colleagues randomized children and adolescents aged 2 to 17 years with sickle cell anemia to receive oral prasugrel or placebo for nine to 24 months. A total of 341 patients at 51 sites in 13 countries across the Americas, Europe, Asia, and Africa underwent randomization.

The researchers found that the rate of vaso-occlusive crisis events per person-year was 2.30 and 2.77 in the prasugrel and placebo groups, respectively (rate ratio, 0.83; 95 percent confidence interval, 0.66 to 1.05; P = 0.12). The secondary end point of diary-reported events did not differ significantly between the groups. There was no significant between-group difference noted in the safety end points, including frequency of bleeding events requiring medical intervention, hemorrhagic and nonhemorrhagic adverse events that occurred while patients were taking prasugrel or placebo, and discontinuation due to prasugrel or placebo.

The study was funded by Eli Lilly and Daiichi Sankyo, the manufacturers of prasugrel.