See What HealthDay Can Do For You
Contact Us
June 2, 2021

Reduced 28-day mortality seen for infants with birth weight of 1.0 to 1.799 kg who received immediate versus delayed kangaroo mother care 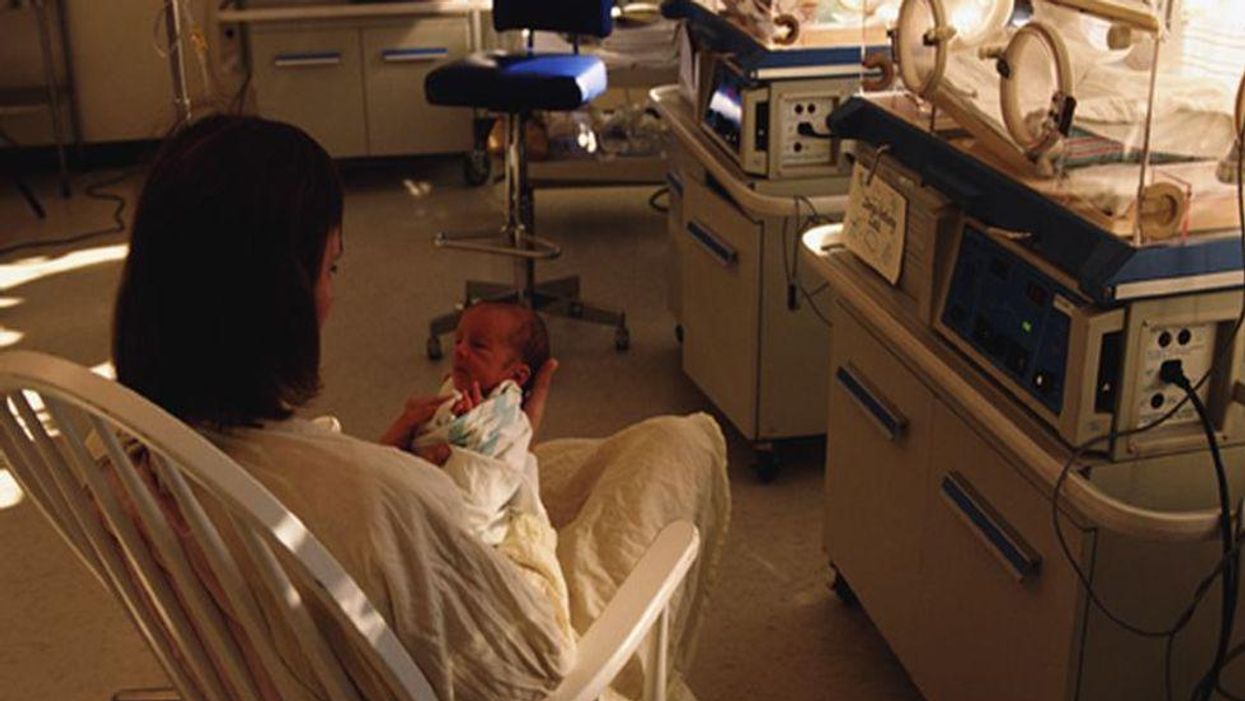 WEDNESDAY, June 2, 2021 (HealthDay News) -- For infants with a birth weight of 1.0 to 1.799 kg, receiving immediate kangaroo mother care reduces mortality at 28 days, according to a study published May 27 in the New England Journal of Medicine.

Sugandha Arya, M.D., from the World Health Organization in Geneva, Switzerland, and colleagues conducted a randomized trial in five low-resource hospitals involving infants with a birth weight between 1.0 and 1.799 kg. Participants were randomly assigned to receive immediate kangaroo mother care (intervention; 1,609 infants) or conventional care in an incubator or a radiant warmer until their condition stabilized followed by kangaroo mother care (control; 1,602 infants).

The researchers found that the median daily duration of skin-to-skin contact in the neonatal intensive care unit was 16.9 and 1.5 hours in the intervention and control groups, respectively. Neonatal death occurred in the first 28 days in 12 percent and 15.7 percent of infants in the intervention and control groups, respectively (relative risk of death, 0.75; 95 percent confidence interval, 0.64 to 0.89; P = 0.001); neonatal death in the first 72 hours occurred in 4.6 and 5.8 percent, respectively (relative risk, 0.77; 95 percent confidence interval, 0.58 to 1.04; P = 0.09). On the recommendation of the data and safety monitoring board, the trial was stopped early due to the finding of reduced mortality.

"Keeping the mother and baby together right from birth, with zero separation, will revolutionize the way neonatal intensive care is practiced for babies born early or small," one coauthor said in a statement.