Predictions Made for Zika Arrival in U.S. Cities This Summer 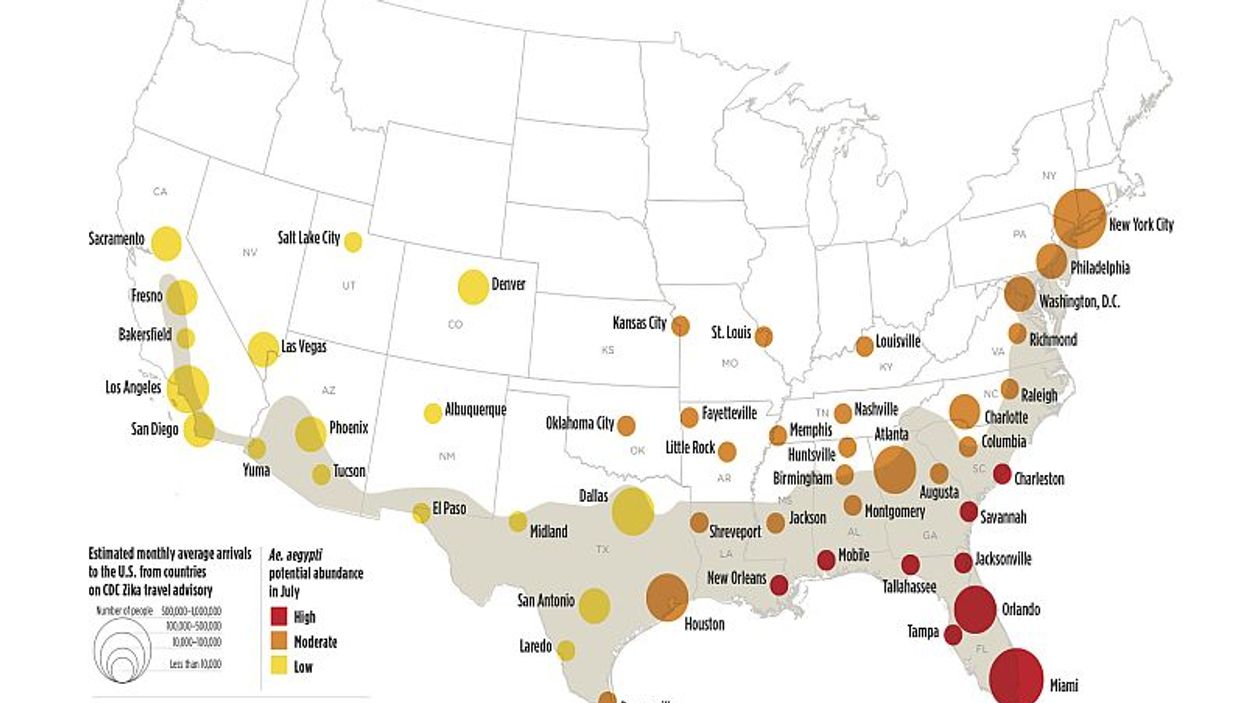 THURSDAY, March 17, 2016 (HealthDay News) -- Some major U.S. cities, including New York City and Los Angeles, could face outbreaks of the Zika virus this summer, according to a report published online March 16 in PLOS Currents: Outbreaks.

The virus is spread by the Aedes aegypti mosquito, which will likely become more abundant across much of the southern and eastern United States as the weather warms, according to researchers at the National Center for Atmospheric Research in Boulder, Colo.

Computer simulations for 50 cities suggest that warmer-than-normal temperatures this summer could result in significant numbers of Zika-carrying mosquitoes along the East Coast as far north as New York City, and as far west as Phoenix and Los Angeles. The investigators also analyzed travel patterns to the United States from countries and territories with Zika outbreaks. The researchers concluded that cities in southern Florida and poor areas in southern Texas may be at high risk for local transmission of the virus.

"This research can help us anticipate the timing and location of possible Zika virus outbreaks in certain U.S. cities," lead author Andrew Monaghan, Ph.D., a scientist with the National Center for Atmospheric Research, said in a news release from the National Science Foundation.