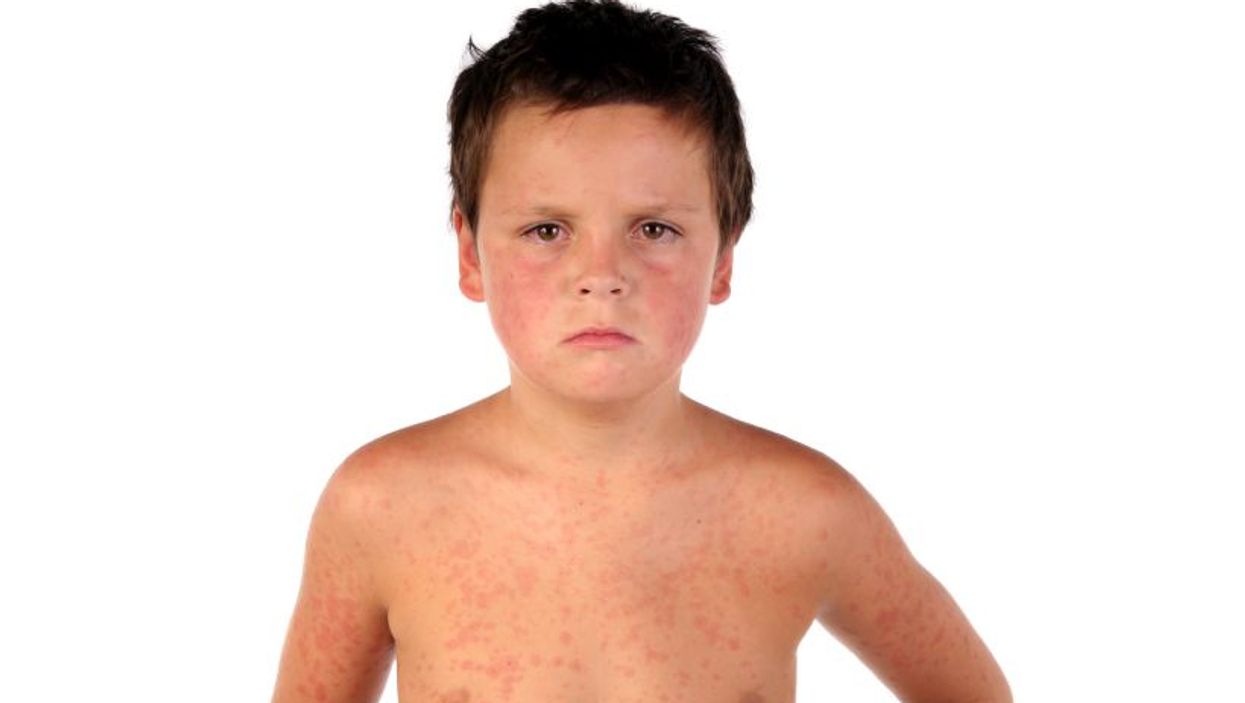 FRIDAY, June 16, 2017 (HealthDay News) -- Eighteen cases of measles were recorded as part of an unusual outbreak in Ontario, Canada, in early 2015, according to research published in the July issue of the U.S. Centers for Disease Control and Prevention's Emerging Infectious Diseases.

Shari Thomas, from Public Health Ontario in Toronto, and colleagues describe an unusual outbreak of measles in Ontario, Canada, in early 2015. The outbreak involved cases with unique virus genotype, and there was no known association among the primary case patients.

The researchers found that during the outbreak period (Jan. 25, 2015, to March 23, 2015) there were 18 cases of measles reported from four public health units. None of the cases occurred among individuals who had traveled recently. A source patient was not identified despite enhancements to case-patient interview methods and epidemiologic analyses. Based on molecular epidemiologic analysis that included extended sequencing, all cases were suggested to have derived from a single importation of measles virus genotype D4.

"The use of timely genotype sequencing, rigorous epidemiologic investigation, and a better understanding of the gaps in surveillance are needed to maintain Ontario's measles elimination status," the authors write.