Routine Use of Antibiotics May Help After Complicated Vaginal Birth: Study 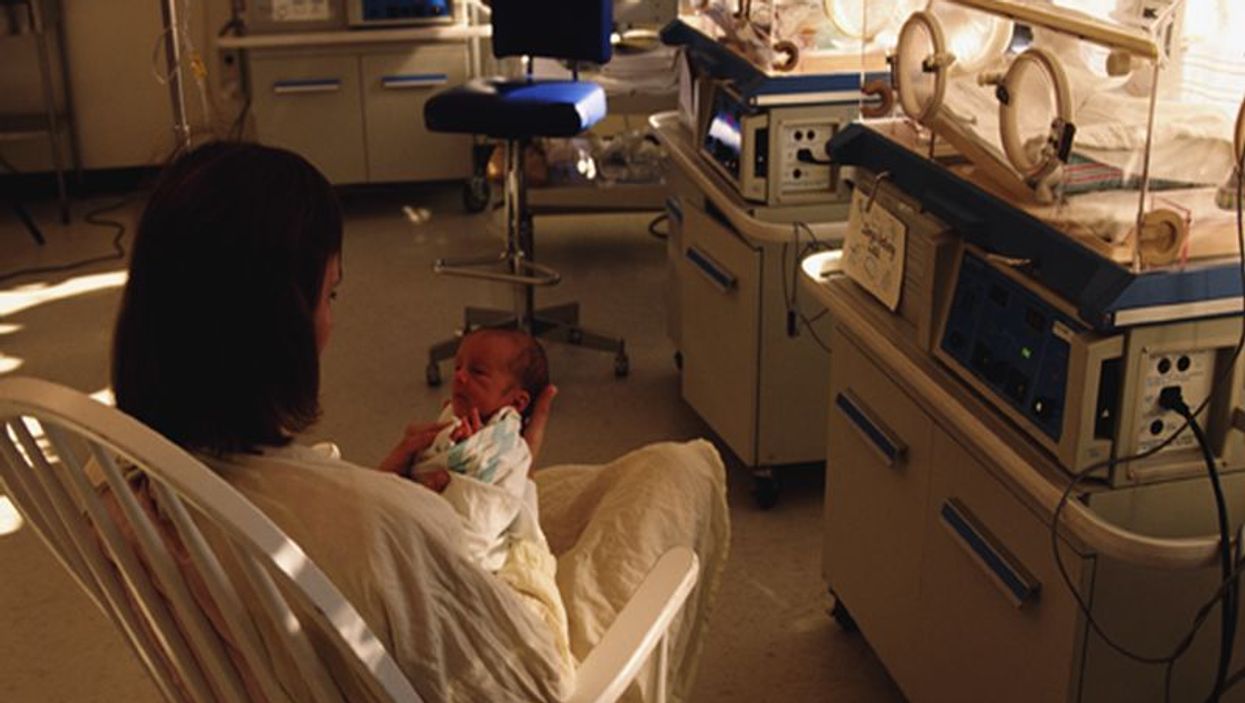 TUESDAY, May 14, 2019 (Pharmacist's Briefing) -- Nearly half of infections among women who undergo an assisted vaginal birth could be prevented by giving them a dose of antibiotics soon after delivery, a new study contends.

The preventive use of antibiotics in these cases could prevent about 5,000 infections in new mothers every year in the United States alone, and many more worldwide, the researchers estimated.

"Pregnancy-associated infection is a major cause of death and serious illness. Almost one in five women develop an infection after assisted vaginal delivery," noted study leader Marian Knight, a professor at the University of Oxford, in the United Kingdom.

"Our results show that this could be reduced by almost half by a single dose of prophylactic [preventive] antibiotic," she said. Her team published its findings May 14 in The Lancet.

The problem of post-delivery infection is a global one.

In 2016, about 19,500 women worldwide died from pregnancy-related infections, according to background information in the study. Even in high-income nations, infections account for one in 20 deaths among new mothers, and as many as one in eight in the United States.

And for every woman who dies from pregnancy-related infection, another 70 who survive will experience a severe infection that leaves them with long-term health problems.

But what if routine antibiotics could prevent a lot of that suffering?

To find out, Knight's team tracked outcomes for more than 3,400 women, aged 16 and older, who underwent assisted vaginal birth in 27 hospital obstetric units across the United Kingdom.

In terms of the types of assistance provided, about two-thirds of the babies were delivered by forceps and one-third by vacuum extraction, Knight's group said.

Within six hours after delivery, the women were given either a single dose of intravenous antibiotics (amoxicillin) or a placebo.

Women who received antibiotics also had much lower rates of perineal wound infection or breakdown (burst stitches), perineal pain, use of pain relief for perineal pain and additional perineal care. They also were much less likely to require doctor, nurse or midwife home visits, or hospital outpatient visits, for problems with wound healing, the findings showed.

The researchers also found that for every additional 100 doses of preventive antibiotics, 168 doses could be avoided due to fewer infections after birth. That means that giving preventive antibiotics to all women after assisted delivery could actually reduce overall antibiotic use by 17%, the study authors said.

"These findings highlight the urgent need to change current World Health Organization antibiotic guidelines and other guidance from organizations in the U.K., North America and Australasia, that do not recommend routine antibiotic prophylaxis for assisted childbirth," Knight said in a journal news release.

Two U.S. obstetricians agreed that routine antibiotic use after delivery might save lives.

Dr. Jennifer Wu is an obstetrician/gynecologist at Lenox Hill Hospital in New York City. She explained that doctors sometimes use forceps or vacuum devices to help ease a vaginal birth and avoid the need for a C-section.

The new study "shows huge improvement in postpartum infection if patients are given a dose of antibiotics after vacuum or forceps deliveries," she said. Wu believes the new study could "alter future protocols" in dealing with vaginal births.

Dr. Adi Davidov is interim chair of obstetrics and gynecology at Staten Island University Hospital in New York City. He agreed that making antibiotics standard in these cases could help women, while not raising overall antibiotic prescription rates.

"This article is a game-changer and will now make it standard of care to give antibiotics before an operative vaginal delivery," Davidov said.

The U.S. National Library of Medicine has more on postpartum care.