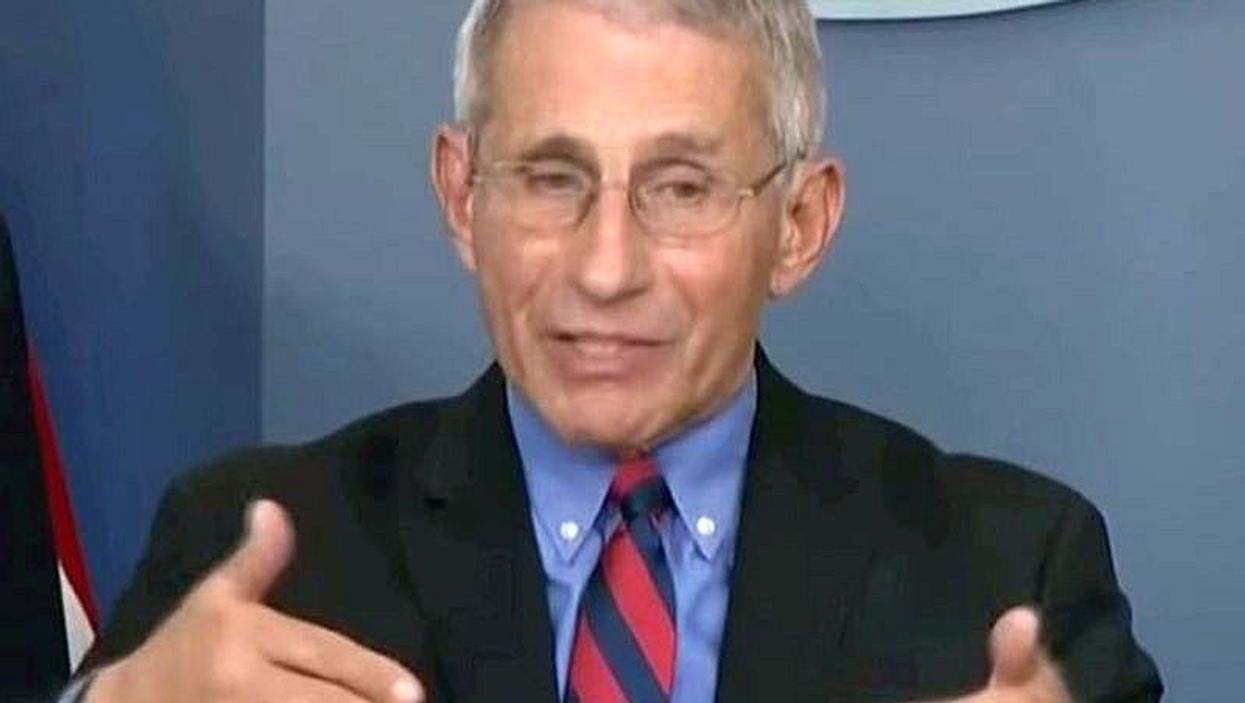 WEDNESDAY, Oct. 21, 2020 (HealthDay News) -- Dr. Anthony Fauci, the leading infectious disease expert in the United States, said on Wednesday he is "cautiously optimistic" that a COVID-19 vaccine will be ready by year's end.

Against the backdrop of a pandemic that has claimed over 220,000 American lives, Fauci noted that the United States' "strategic approach" to vaccine development appears to be bearing fruit. Six U.S. companies, he said, are working around the clock to either facilitate vaccine trials or compile the supplies necessary to distribute a coronavirus vaccine once it's ready.

Multiple studies are testing three vaccine approaches, Fauci said. And five of those studies are already in Phase 3, which means testing is underway on large groups of people.

"We feel confident that we will have an answer likely in mid-November to the beginning of December," Fauci said, speaking at a virtual meeting of the Infectious Diseases Society of America.

While stressing there is no guarantee of success, Fauci said he is "cautiously optimistic that we will in fact have a safe and effective vaccine by the end of the year, which we can begin to distribute as we go into 2021."

At the same time, Fauci, director of the U.S. National Institute of Allergy and Infectious Diseases, took pains to paint a realistic picture of the significant hurdles that lie ahead.

There's "a great degree of skepticism and reluctance on the part of some populations to getting vaccinated," he said. Blacks and Hispanics in the United States are much less likely than whites to say that they will definitely get vaccinated once the option becomes available, he noted.

"We have a challenge to get these people involved so we can allow them to be afforded the protection that we feel vaccines can give," he added.

Fauci also pointed out that racial and ethnic disparities have been a key feature of the pandemic experience to date. He noted, for example, that people of color are often found in lines of work that put them at greater risk for exposure in the first place, "much more so than other populations."

"Also, they have a greater degree of underlying co-morbidities, which predispose them to severe outcomes," Fauci noted. The upshot: between March and October, the risk for being hospitalized with COVID-19 hit nearly 400 in every 100,000 Blacks, Latinos and Native Americans, compared with fewer than 90 out of every 100,000 white Americans.

Fauci also alluded to the challenge of getting the American public on board with established safety measures touted by experts like the U.S. National Institutes of Health.

Those include "the universal wearing of masks or cloth face coverings; maintaining physical distance where possible; importantly avoiding crowds in congregant settings, particularly indoors; trying to do things outdoors much more preferentially than indoors; and frequent washing of hands," he said.

"These five public health interventions alone," said Fauci, "have been shown in multiple settings to have a major impact in preventing surges and diminishing surges after they've occurred."

As for COVID-19 itself, Fauci noted that mild to moderate disease occurs in about eight out of 10 cases. "We know that about 40% to 45% of people have absolutely no symptoms at all. But those that do, about 81% are mild-to-moderate, where about 15% to 20% are either severe or critical, with a case fatality rate that varies from a few percent to up to 20% to 25% for people requiring mechanical ventilation."

No one without risk

Fauci emphasized that while older people and those with pre-existing conditions like obesity and heart disease may be most vulnerable to the worst ravages of COVID-19, young and otherwise healthy Americans are not in the clear.

As the pandemic has unfolded, clinicians have come to recognize heart dysfunction as another major concern that can lead to sudden death, even in relatively young individuals. Also, neurological disorders, acute kidney injuries and blood clotting sometimes lead to strokes even in young, otherwise healthy people, he pointed out.

And COVID-19 poses a serious risk to some children as well, he added, "with over 800 cases reported now" of a multisystem inflammatory syndrome that's come to be called MIS-C.

Moreover, even after what might seem to be a full recovery, Fauci cautioned that some patients develop what he called a post-COVID-19 syndrome. It is typically characterized by shortness of breath, fatigue and muscle aches, "as well as what people refer to as brain fog, or a real difficulty in focusing and concentrating."

There's more on COVID-19 at the U.S. Centers for Disease Control and Prevention.