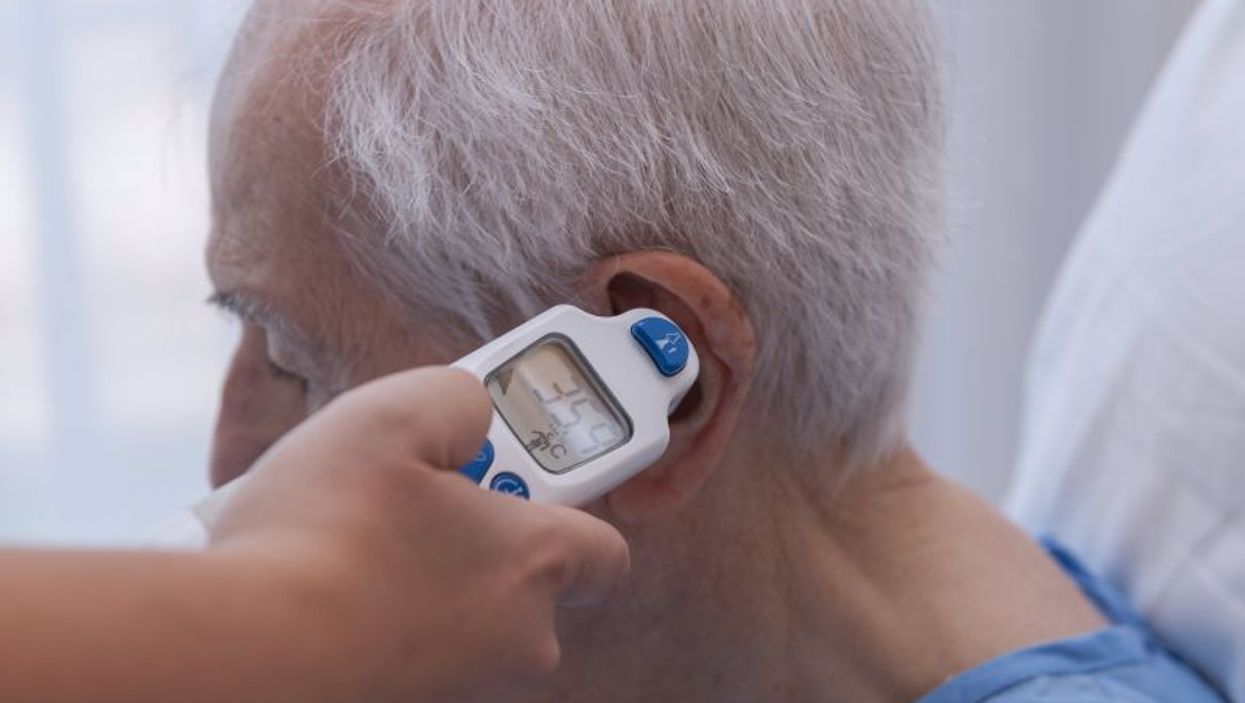 TUESDAY, March 31, 2020 (HealthDay News) -- The concept is simple, yet elegant: Use fever readings from thermometers to create a database that can show public health officials whether social distancing is curbing the spread of coronavirus.

A San Francisco medical technology company has been doing just that, and the latest news is heartening: The number of fever readings have dipped as Americans stayed at home and away from each other.

Up to 250 million people in 29 states are now under some collection of social distancing measures, the New York Times reported.

To see if those measures were making any difference, Kinsa Health used data from its 1 million thermometers connected to the internet to create a national map of fever levels on March 22. Within one day, the company spotted the downward trend in fevers. Shortly after that, data from health officials in Washington state and New York state started showing the same trajectory, the Times reported.

How does it work? The thermometers upload individual temperature readings to a database. Any symptoms can also be typed into a cellphone app after taking your temperature. The app offers basic advice on whether medical attention should be sought, the newspaper said.

To target possible coronavirus cases, Kinsa recently tweaked its software to spot spikes of "atypical fever" that do not correlate with the flu and are likely due to coronavirus infection, the Times reported.

One was in a broad swath of New Mexico, where the governor had just issued stay-at-home orders because of a spike in cases.

The second was in a ring of parishes surrounding New Orleans. That was presumably caused by the explosion of infections in New Orleans, which state officials have attributed to Mardi Gras crowds, the Times reported.

But by last Friday, fevers in every county in the country were on a downward trend, depicted in four shades of blue on the map, according to the Times.

"I'm very impressed by this," said Dr. William Schaffner, a preventive medicine expert at Vanderbilt University in Nashville, Tenn. "It looks like a way to prove that social distancing works.

"But it does shows that it takes the most restrictive measures to make a real difference," he told the Times.

In New York City, reports of fevers steadily rose during early March, despite a declaration of emergency and an order that public gatherings be restricted to less than 500 people.

The turning point appeared on March 16, the day schools were closed. Bars and restaurants were closed the next day, and a stay-at-home order took effect on March 20. Just three days later, new fevers in Manhattan were below their March 1 levels, the company showed.

Shown the Kinsa data, New York Health Commissioner Dr. Howard Zucker called it "a great example of technology being able to show what we think we're experiencing -- and it's consistent with our data."

Visit the U.S. Centers for Disease Control and Prevention for more on the coronavirus.