See What HealthDay Can Do For You
Contact Us
June 3, 2020 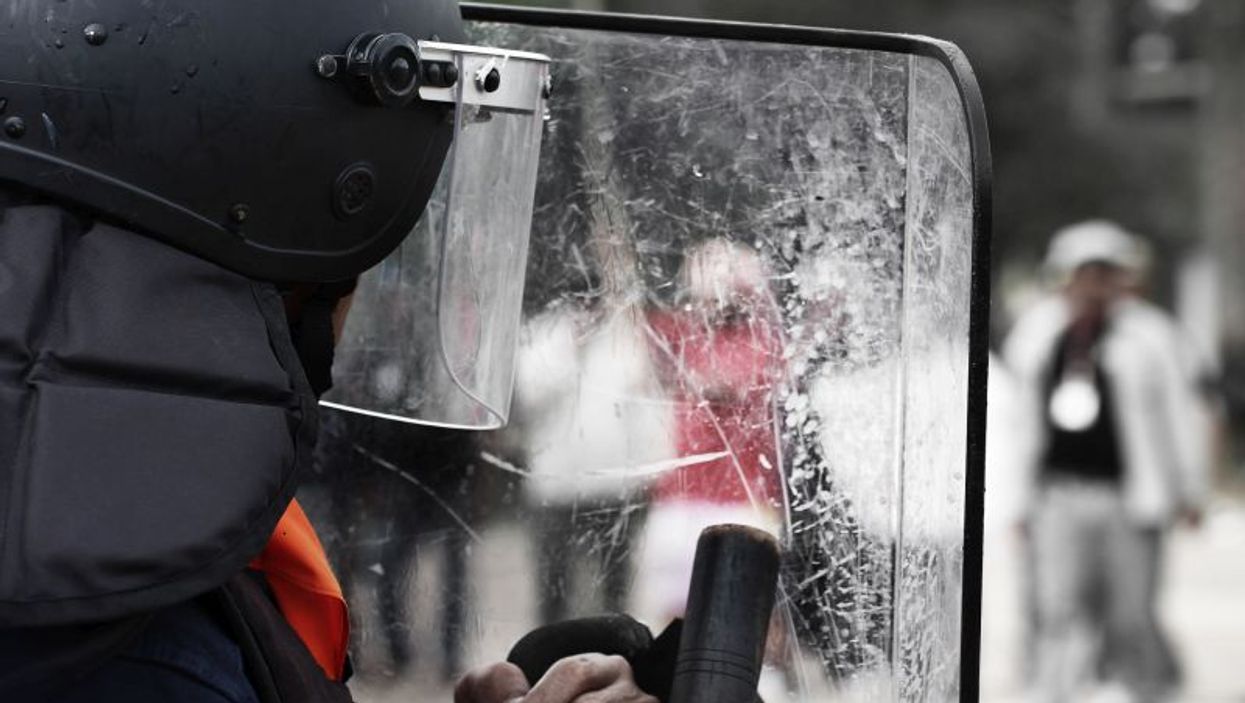 WEDNESDAY, June 3, 2020 (HealthDay News) -- A new review shows that protests have now unfolded in every one of the 25 U.S. communities with the highest concentrations of new COVID-19 cases, stoking fears of a spike in new infections.

The Associated Press analysis also found that some cities -- Minneapolis, Chicago, Washington, D.C., and Los Angeles among them -- have witnessed protests on multiple days. In some communities, such as Minneapolis where the protests started, the number of people hospitalized with COVID-19 has also been rising, the news agency added.

The close proximity of protesters and their failure in many cases to wear masks, along with police using tear gas, could fuel new transmissions.

Tear gas can cause people to cough and sneeze, as can the smoke from fires set by people bent on destruction, the AP said. Both factors can also prompt protesters to remove their masks.

Putting arrested protesters into jail cells can also increase the risk of spread, and an AP tally shows that more than 5,600 people have already been taken into custody.

Finally, photos of protesters and police shouting at one another nose-to-nose is also sounding alarms, the wire service reported.

"As a nation, we have to be concerned about a rebound," Washington Mayor Muriel Bowser warned Sunday, the AP reported. New York Gov. Andrew Cuomo has also worried out loud that hundreds could potentially have been infected during the protests in New York City, undoing months of social distancing.

"Protest, just be smart about it," Cuomo said. New York plans to reopen all of the state, including New York City, on June 8. State public health officials urged protesters to wear face coverings, use hand sanitizer, maintain social distancing and get tested for the coronavirus, The New York Times reported.

And as the number of U.S. coronavirus cases passed 1.8 million on Wednesday, a new poll shows that a majority of Americans still think it's more important to control the virus' spread than to restart the economy.

While nearly 6 in 10 Americans say the pandemic has taken a heavy economic toll on their communities, a majority still believes that containing COVID-19 infections is paramount, the Washington Post-ABC News poll showed.

And nearly 7 in 10 Americans say they are worried about the possibility of a second wave of coronavirus infections in the fall, the poll showed.

Meanwhile, safety concerns over a malaria drug that President Donald Trump has touted as a coronavirus treatment prompted the World Health Organization to remove the medication from a global trial of potential COVID-19 therapies.

Dr. Tedros Adhanom Ghebreyesus, the international health agency's director-general, said that the WHO decided to take a "pause" in testing hydroxychloroquine after a study published recently in The Lancet medical journal found people who took the drug were more likely to die, the Times reported. Several other studies have found the medication has no benefit and could possibly harm COVID-19 patients.

Regardless, Trump said he took a two-week course of the malaria drug to guard against COVID-19 infection after two White House staffers tested positive for the coronavirus.

And on Sunday, the White House announced it has sent 2 million doses of hydroxychloroquine to Brazil to battle the spread of coronavirus in that country. Not only that, the two countries are embarking on a joint research effort to study whether the drug is safe and effective for the prevention and early treatment of COVID-19, the Trump administration said.

The study does suggest that remdesivir works better when given earlier rather than later in the disease course. "Our findings highlight the need to identify COVID-19 cases and start antiviral treatment before the pulmonary disease progresses to require mechanical ventilation," the researchers said.

In the Chinese city of Wuhan, where the coronavirus first emerged, officials said Tuesday that they had finished a massive effort to test almost all of its 11 million residents, the Times reported.

Nearly 9.9 million people were tested during the drive, which began in mid-May and has not been matched in scale or speed elsewhere. (Children and those who had recently been tested were not tested in the drive.) The result? Roughly 300 asymptomatic infections were detected.

Meanwhile, South Korea has seen a spike in new cases, the AP reported.

Elsewhere, the situation remains challenging. On Wednesday, the United Kingdom's coronavirus death count passed 39,400, the second highest in the world, according to a Johns Hopkins University tally. Britain has now surpassed Italy, Spain and France for COVID-19 deaths in Europe. With Prime Minister Boris Johnson easing lockdown measures, schools across England reopened this week amid fierce debate over whether the move is premature, the Post reported.

Brazil is fast becoming the next hotspot in the coronavirus pandemic. By Wednesday, the South American country had reported over 31,000 deaths and over 555,000 confirmed infections, according to the Hopkins tally. Only the United States has more cases. Last week, Trump issued a ban on all foreign travelers from Brazil because of the burgeoning number of COVID-19 cases in that country, CNN reported.

Cases are also spiking wildly in Russia: As of Wednesday, that country reported the world's third-highest number of COVID-19 cases, at over 432,000, the Hopkins tally showed.

Worldwide, the number of reported infections passed 6.4 million on Wednesday, with nearly 381,000 deaths, according to the Hopkins tally.