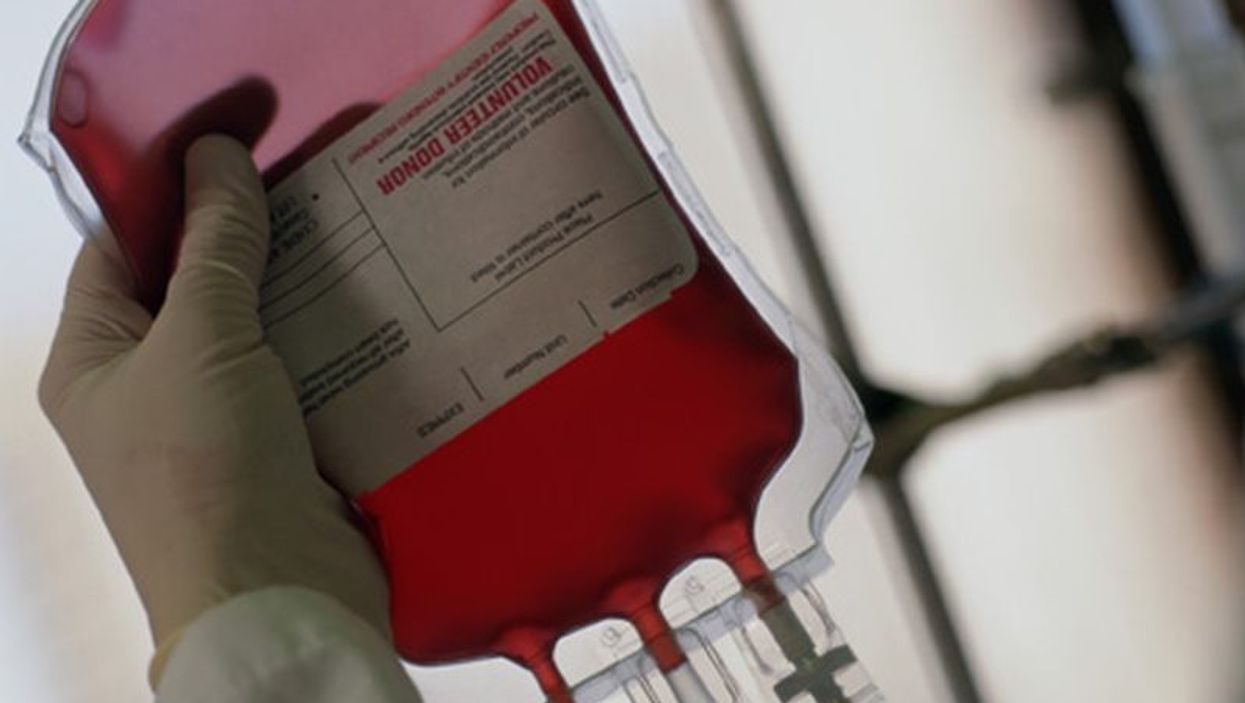 MONDAY, March 30, 2020 (HealthDay News) -- A small study out of China bolsters the notion that transfusing the antibody-enriched blood of people who've survived COVID-19 could help patients still fighting for their lives against the disease.

The study of five critically ill patients from near the initial epicenter of the novel coronavirus pandemic found that all five patients survived COVID-19 following the transfusion.

If the findings are replicated in larger trials, widespread use of the treatment "could help change the course of this pandemic," wrote Drs. John Roback and Jeannette Guarner of Emory Medical Laboratories, affiliated with Emory University in Atlanta.

Roback and Guarner wrote an editorial accompanying the new Chinese study, which was published online March 27 in the Journal of the American Medical Association.

Despite the fact that tens of thousands of people have died from COVID-19 around the world, the vast majority -- about 85% -- of cases are actually asymptomatic or mild, similar to a cold or flu. But people who pass through COVID-19 relatively unharmed acquire a powerful immunological legacy: Antibodies in their blood that can recognize and attack the new coronavirus.

There are currently no drugs or vaccines to help fight COVID-19. However, early in the pandemic, doctors understood that blood donations from survivors might help protect or treat other people, according to some infectious disease experts.

The notion is far from new. In the first half of the 20th century, doctors used "convalescent serum" in an effort to treat people during outbreaks of viral infections like measles, mumps and influenza -- including during the 1918 Spanish flu pandemic.

The principle is fairly simple: When a pathogen invades the body, the immune system produces antibodies that latch onto the enemy, marking it for destruction. After recovery, those antibodies remain circulating in a person's blood, for anywhere from months to years.

In theory, transferring some of those antibodies to other people with the same virus could help their bodies fight it off. Or, given to healthy people -- like the health care workers on the front lines -- the antibodies might offer some temporary protection from infection.

A long history in medicine

In the midst of the COVID-19 pandemic -- with no vaccine or antiviral drug coming soon -- antibodies from recovering patients could provide a "stopgap" measure, according to Drs. Arturo Casadevall and Liise-anne Pirofski. It's an approach called "convalescent serum."

Casadevall, of the Johns Hopkins School of Public Health in Baltimore, and Pirofski, of Albert Einstein College of Medicine in New York City, laid out their case in the March 16 online edition of the Journal of Clinical Investigation.

For one, the authors pointed out, convalescent serum is not a thing of the past. It has been tried in limited numbers of patients during more-recent viral crises, including the 2003 SARS (severe acute respiratory syndrome) epidemic, the 2009 "swine flu" epidemic, and the 2012 outbreak of MERS (Middle East respiratory syndrome).

Reports on those attempts indicate the antibody treatment generally reduced the severity of patients' illnesses and improved survival.

"In addition to public health containment and mitigation protocols, this may be our only near-term option for treating and preventing COVID-19," Casadevall said in a statement from Johns Hopkins. "And it is something we can start putting into place in the next few weeks and months."

The research was led by Dr. Yingxia Liu, of a hospital affiliated with the Southern University of Science and Technology in Shenzhen, China, near the city of Wuhan, where the COVID-19 pandemic began.

Liu's team focused on the plight of five extremely ill patients who required mechanical ventilation in the intensive care unit to breathe. They had also received antiviral medications and other drugs.

Desperate to save them, physicians transfused the donated blood of COVID-19 survivors into the very sick patients. Within just three days, fever began to subside in four of the five patients, there was a reversal in their progression to organ failure, viral loads fells, and by 12 days after the transfusion, four of the patients had recovered from acute respiratory distress syndrome (ARDS), which so often proves fatal to patients.

As of the end of March, three of the patients have been discharged from the hospital, the Chinese authors said, and the other two are now in stable condition.

Use of convalescent serum "is a good idea. It's something that's been used before, and we know how to do it," said Dr. Gregory Poland, who heads the Vaccine Research Group at the Mayo Clinic, in Rochester, Minn.

That's not to say doctors can just start doing it. "You still have to go through the FDA," Poland said, referring to the U.S. Food and Drug Administration.

Now, Houston Methodist hospital in Texas announced that it has "received FDA approval Saturday to become the first academic medical center in the nation to transfuse donated plasma from a recovered COVID-19 patient into a critically ill patient."

The transfusion occurred Saturday evening, the hospital said in a news release.

The treatment is also being planned for use by doctors elsewhere. In New York City earlier this week, Governor Andrew Cuomo said that recruitment will soon begin for plasma donations from COVID-19 survivors, and initially would focus on the New York City suburb of New Rochelle, N.Y., which has been hit hard by the outbreak.

Also, New York hospital system Mount Sinai, in collaboration with the state's Blood Center and Department of Health, said trials in the technique could begin as early as the beginning of April.

Doctors' experience with the general approach is not limited to viral pandemics, Poland pointed out. They routinely use injections of immune globulin -- purified antibody preparations taken from donated human blood -- to treat certain medical conditions.

In addition, modern blood-banking techniques, which screen for infectious agents, should ensure any such tactic against COVID-19 would be as safe as a standard blood transfusion, Poland said.

Standard protocols will be needed, including logistic matters like coordination among local doctors, blood banks and hospitals, according to Casadevall.

"We'll have to put protocols in place to make sure that the use of this sera [blood] is safe," Casadevall said. But, he added, "we're not talking about research and development -- this is something that physicians, blood banks, and hospitals already know how to do and can do today."

Dr. Bruce Y. Lee is a professor of health policy management at City University of New York. He said the convalescent serum idea is "certainly worth exploring."

"We're in a situation where the toolbox is pretty empty," Lee said.

Both he and Poland pointed to some key unknowns, including: How long do antibodies against this novel virus last? What amount of antibody would be necessary to help treat the infection or offer some protection?

What is clear is that any protection would be temporary. "This would not replace a vaccine," Lee stressed. Vaccines, he noted, work by training the immune system to launch its own response to an invader, which involves more than antibodies.

And what about people who've recovered from COVID-19? Are they immune to it, at least for a while? There have been reports from China and Japan of patients being declared infection-free then testing positive again.

However, Poland said those cases probably reflect an issue with the testing. "I don't think they represent re-infections," he said. "That would be highly unusual."

The World Health Organization has updates on COVID-19.