Pandemic Has ER Docs Stressed Out and Weary: Survey 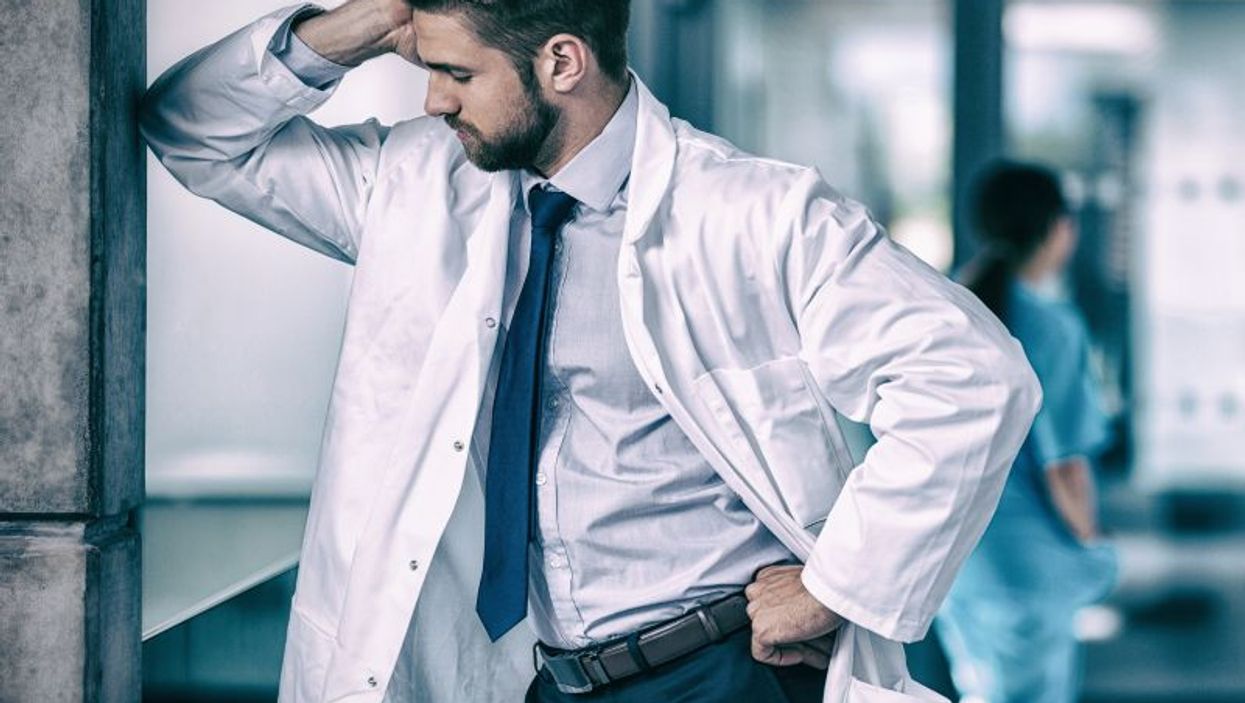 The research included 426 emergency doctors (median age: 35) in seven cities in California, Louisiana and New Jersey who were surveyed during the early stages of the outbreak.

The doctors reported having moderate to severe anxiety at work and at home. They expressed worry about exposing relatives and friends to the new coronavirus, and most reported changes in behavior toward family and friends -- especially fewer signs of affection.

On scale of 1 to 7, with 7 representing extreme stress, women doctors pegged the pandemic's impact at a 6 both at work and at home. The median for men was 5 for both. Median means half reported more stress, half reported less.

Both said levels of emotional exhaustion or burnout had increased from a median of 3 before the pandemic to a 4.

"Some of our findings may be intuitive, but this research provides a critical early template for the design and implementation of interventions that will address the mental health needs of emergency physicians in the COVID-19 pandemic era," said lead author Dr. Robert Rodriguez, a professor of emergency medicine at the University of California, San Francisco.

Lack of personal protective equipment (PPE) brought the greatest concern, and doctors most often said that addressing the problem would do the most to reduce their anxiety.

The doctors also expressed concerns about a shortage of rapid turnaround testing, the risk of community spread by discharged patients, and the well-being of coworkers diagnosed with COVID-19.

To reduce anxiety, they called for improved access to PPE; increased availability of quick turnaround testing, and clear communication of changes in COVID-19 protocols; as well as guaranteed access to self-testing and personal leave for front-line providers.

The findings were published July 21 in the journal Academic Emergency Medicine.

"Occupational exposure has changed the vast majority of physicians' behavior at both work and home," Rodriguez said in a university news release. "At home, doctors are worried about exposing family members or roommates, possibly needing to self-quarantine, and the effects of excess social isolation because of their work on the front line."

Researchers noted that majority of sites studied were in California, which at the time of the survey had not had the large surges of patients seen elsewhere.

Even so, levels of anxiety among California doctors were similar to those in Louisiana and New Jersey, which were dealing with surges at the time.

Further research would examine stress factors that have arisen as the pandemic has progressed, including child care and homeschooling demands; the economic impact of fewer patients overall in the ER; and possible development of long-term post-traumatic stress.