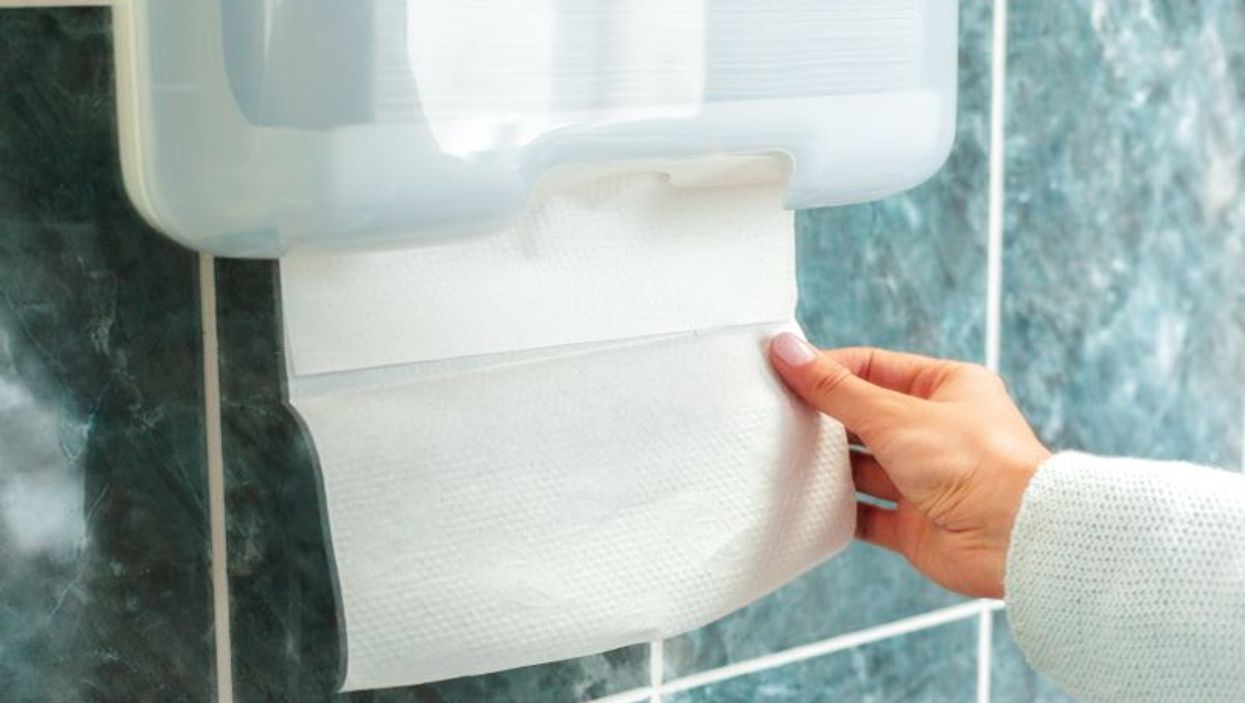 FRIDAY, April 17, 2020 (HealthDay News) -- Frequent hand-washing with soap and water is key to preventing the spread of coronavirus, but what's the best way to dry your hands afterward?

In a new, small study, British researchers found paper towels were better than the air dryers often found in public restrooms at getting rid of germs that are still on your hands after you wash them.

"Good hand-washing practice should be followed by proper hand-drying. Paper towels can help reduce the spread of microbes and should be a preferred method of hand-drying, especially at a time when good hand hygiene is the most effective measure to prevent COVID-19," said study author Ines Moura, a research fellow at the University of Leeds.

The method used to dry hands can help reduce microbial contamination, not just on hands but also on the body and the environment outside the washroom, she explained.

"Paper towels were more efficient in reducing this contamination," Moura said. "This is particularly important in hospital toilets because these facilities are used by patients, health care professionals and visitors, and increasingly only offer jet air dryers as an option for hand-drying."

Proper hand-washing means vigorously washing your hand with soap and water for at least 20 seconds.

Dr. Miriam Smith, chief of infectious disease at Long Island Jewish Forest Hills in New York City, said, "Jet drying appears to enhance the potential for aerosolizing and transmitting microbes. In view of the COVID-19 outbreak, paper towel drying, rather than jet drying, should be considered in public facilities in an effort to contain the spread of SARS CoV-2."

For the study, four volunteers washed their hands after being contaminated with a bacteriophage (a virus that infects bacteria and is harmless to humans). They dried their hands with either paper towels or an air dryer in a hospital public washroom. All participants wore an apron. After drying, they were asked to cross their arms with aprons on, then rest their hands on armchairs.

The researchers then took samples from surfaces they touched, such as the armchairs, doors, stair rails, elevator buttons, chairs, phones and intercoms, etc.

Both paper towels and air dryers significantly reduced the virus from contaminated hands, but on all the surfaces tested, more contaminate was found after air drying than after using paper towels.

In fact, average surface contamination was more than 10 times higher after air drying than after using paper towels, the researchers found.

Transferring germs to environmental surfaces can happen from hands that are still contaminated after hand drying, but also from clothing that has been contaminated during hand drying, the researchers explained.

Richard Condit, professor emeritus of molecular genetics and microbiology at the University of Florida in Gainesville, wasn't surprised by the findings.

Earlier studies of the efficacy of air dryers found that air dryers blew contaminants from hands all over the place, he said.

"It's too bad, really," Condit said. "As a microbiologist, I recognized the potential for contamination from the get-go, and since reading older articles confirming my suspicions, the next-generation air dryers have given me the creeps."

In particular, he noted the type of air dryer where you insert your wet hands in the sleeve-shaped opening. "You will often see a puddle of liquid pooled in the bottom from previous use. This must be contaminated with microbes," Condit said. "Unfortunately, until some safer alternative to electric forced-air dryers appears, I'll go with paper towels."

The findings were scheduled to be presented at the now-canceled meeting of the European Society of Clinical Microbiology and Infectious Diseases. Such research is considered preliminary until published in a peer-reviewed journal.

For more on hand-washing, head to the U.S. Centers for Disease Control and Prevention.