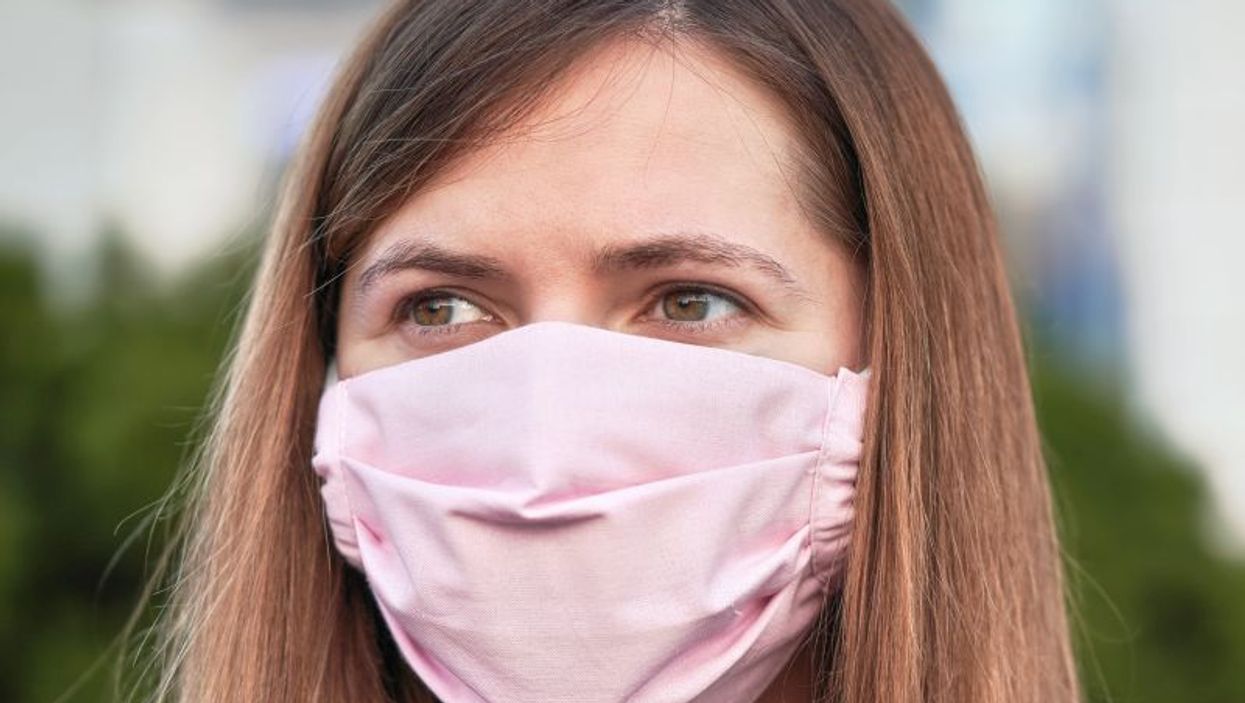 FRIDAY, June 19, 2020 (HealthDay News) -- Nearly half of U.S. states are seeing upticks in new coronavirus cases, leading some state officials to order the reimposition of mask wearing for citizens.

In California on Thursday, Gov. Gavin Newsom announced that people will be required to wear masks in any indoor space, while Oregon Gov. Kate Brown issued a similar order for people living in seven counties there, CNN reported.

North Carolina and Arizona are considering similar measures. Those four states -- along with Alabama, Florida, Nevada, Oklahoma, South Carolina and Texas -- are experiencing the highest week-long average rise in new daily cases seen in their states since the pandemic began, according to a CNN analysis of Johns Hopkins University data.

Floridians, in particular, could be in peril, with experts warning it could become the next U.S. epicenter as citizens flock back to beaches, restaurants and bars. In Oklahoma -- where President Donald Trump plans to hold a large rally on Saturday -- cases are up 110% from last week, CNN said.

In New York, the former epicenter of the U.S. pandemic, Governor Andrew Cuomo on Sunday warned that a return to lockdown for his state was possible.

"If we have a high number of violations of the [reopening] policy, which is tantamount to a high likelihood of the spread of the virus, and the local governments are not monitoring policing, doing the compliance, yes, there is a very real possibility that we would roll back the reopening in those areas. The only alternative would be to pause the entire reopening," Cuomo said at a news conference, CNN reported.

Reimposing prior precautions could turn some states' rising numbers around, experts say.

"Uniform masking would go a long way," Dr. Scott Gottlieb, former commissioner of the U.S. Food and Drug Administration, said during an appearance on "Morning Joe" on Thursday.

Dr. Peter Hotez, of the Baylor College of Medicine in Houston, said, "I don't see any option other than to start reimplementing significant levels of social distancing."

Hotez told CNN, "Things opened up prematurely. We didn't complete that social distancing period that we needed to do, and now we're seeing this very sharp acceleration."

By Friday, the U.S. coronavirus case count had passed 2.2 million as the death toll topped 118,000, according to a tally from The New York Times.

Meanwhile, new data published Wednesday suggests that a person's genes and blood type may help determine their odds for a nastier form of COVID-19, should they get infected with the new coronavirus, a new genetics study finds.

Now a team of European researchers have found that people with blood type A had a 45% higher risk of catching coronavirus and developing "COVID-19 with respiratory failure," compared to people with other blood types. On the other hand, people with type O blood had a 35% lower risk for this more serious form of COVID-19.

There are four main blood types: A, B, AB and O.

It's not clear why blood type might influence susceptibility to severe disease. Dr. Robert Glatter, an emergency medicine physician at Lenox Hill Hospital in New York City, noted that genes that control blood type also play a role in the makeup of the surface of cells. Changes in cell-surface structure might influence the vulnerability of the cell to be infected by the new coronavirus, he said.

"We also know from previous research that blood type affects clotting risk," he said, "and it's now quite evident that critically ill patients with coronavirus demonstrate significant clotting."

The new study was conducted by a multi-institution group of genetic researchers known as the Severe COVID-19 GWAS Group. They analyzed the genetics and blood types of more than 1,600 COVID-19 patients from Italy and Spain, as well as more than 2,200 healthy controls.

Besides the findings on blood type, the group also found that certain gene clusters were tied to higher odds of developing severe COVID-19 -- one such cluster raised the risk by 77%, the team reported.

According to Glatter, the genetic insights from the European study could also offer up new targets in the search for a COVID-19 vaccine.

There was some good news on Tuesday, however. Researchers at Oxford University in England announced that dexamethasone, a widely used, low-cost steroid, appears to cut the death rate for ventilated COVID-19 patients by one-third. It also lowered the death rate for patients who require oxygen (but are not yet on a ventilator) by one-fifth, the Times reported.

"Bottom line is, good news," Dr. Anthony Fauci, who directs the U.S. National Institute of Allergy and Infectious Diseases, told the Associated Press. "This is a significant improvement in the available therapeutic options that we have."

On Thursday, another weekly batch of new jobless claims suggested that the damage the pandemic has wrought on the U.S. economy may be slowing. Roughly 1.5 million people filed for state unemployment insurance -- bad news, but at least a decline from the 6 million claims seen in a single week in March. More than 45.7 million claims have been filed over the past 13 weeks, NPR reported.

The United States has already agreed to provide up to $483 million to the biotech company Moderna and $500 million to Johnson & Johnson for their vaccine efforts. It is also providing $30 million to a virus vaccine effort led by the French company Sanofi, the Times reported. Moderna said a large clinical trial of its vaccine candidate could begin in July.

Even as the pandemic is easing in Europe and some parts of Asia, it is worsening in India. The country has loosened some of the social distancing enacted in the world's largest lockdown, even as cases surge. As of Friday, India had over 380,000 cases, a Johns Hopkins tally shows.

Brazil has also become a hotspot in the coronavirus pandemic, with over 978,000 confirmed infections by Friday, according to the Hopkins tally. U.S. President Donald Trump has issued a ban on all foreign travelers from Brazil because of the burgeoning number of COVID-19 cases in that country, CNN reported.

Cases are also spiking wildly in Russia: As of Friday, that country reported the world's third-highest number of COVID-19 cases, at over 568,000, the Hopkins tally showed.

Worldwide, the number of reported infections topped 8.5 million on Friday, with close to 455,000 deaths, according to the Hopkins tally.