Thousands of COVID Cases Already Turning Up on College Campuses 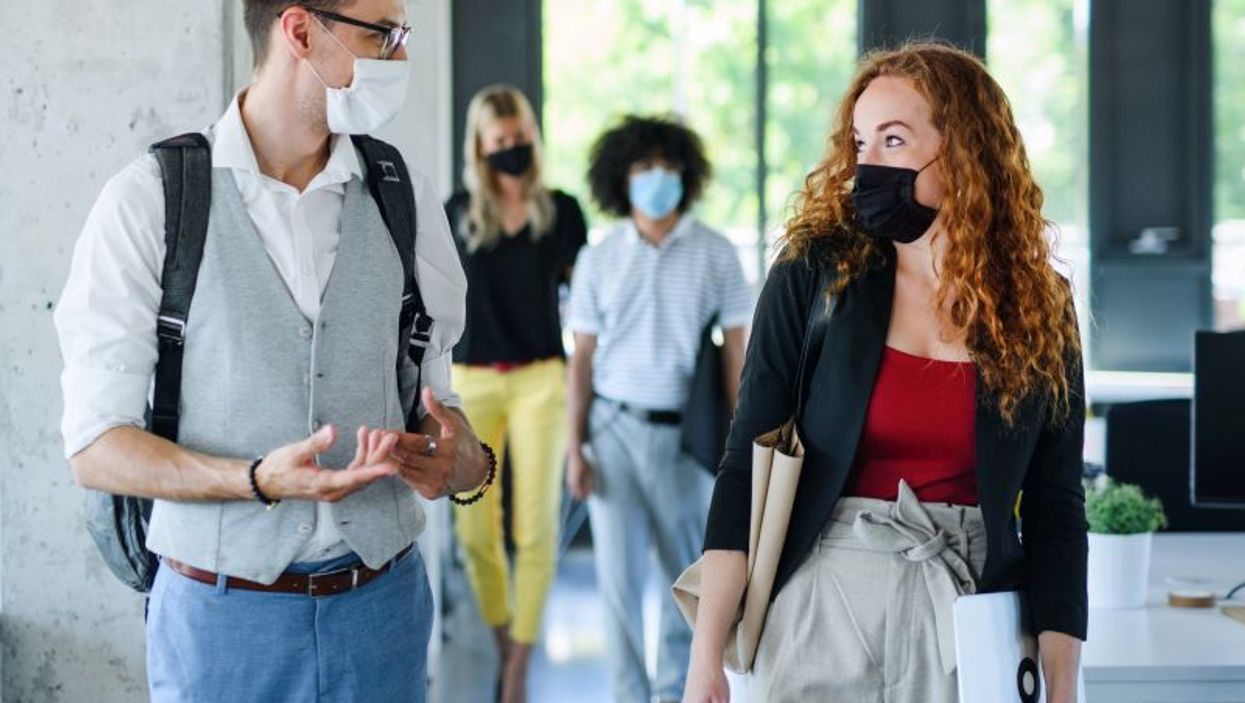 WEDNESDAY, Aug. 26, 2020 (HealthDay News) -- Just weeks after colleges across the United States reopened their campuses for the fall semester, thousands of coronavirus infections are cropping up in students and staff alike.

More than 1,500 American colleges and universities were tallied in The New York Times survey. That included every four-year public institution, every private college that competes in NCAA sports and others that identified cases. The case total: At least 26,000 cases and 64 deaths have been reported since the pandemic began, the Times reported.

The trend is unfolding everywhere. The University of North Carolina at Chapel Hill sent most undergraduates home after COVID-19 clusters popped up in campus housing. In-person classes were delayed at Notre Dame as students tested positive by the hundreds. Clemson, Baylor, Louisville and dozens of other Division I universities have confirmed COVID-19 cases in their athletic departments. Meanwhile, aggressive testing of students moving into dorms turned up scores of cases at Iowa State, the Times reported.

Meanwhile, the potential of convalescent plasma as a treatment for severe COVID-19 was still unclear Tuesday, as the World Health Organization cautioned the therapy remains experimental and American scientists challenged a key statistic cited by U.S. officials as grounds for emergency approval of the treatment.

In announcing the approval this week, President Donald Trump and two of his top health officials stirred controversy when they used the same statistic -- that the treatment had reduced deaths by 35 percent, the Times reported.

Dr. Stephen Hahn, the commissioner of the Food and Drug Administration, went so far as to say that 35 out of 100 COVID-19 patients "would have been saved because of the administration of plasma."

But many scientists, including one researcher from the Mayo Clinic study from which the statistic was supposedly gleaned, said Monday they could not ascertain where the number came from, and that Hahn had appeared to overstate the treatment's benefits, the Times reported.

"Do I know where the 35 percent comes from?" said Dr. Arturo Casadevall, one of the May Clinic study's main authors who hails from Johns Hopkins University in Baltimore. "No."

The actual data from the Mayo Clinic study shows that, among a group of more than 35,000 patients, when plasma was given within three day of diagnosis, the death rate was about 22 percent, compared with 27 percent when it was given four or more days after diagnosis, the Times reported.

But Hahn seemed to have instead mixed up absolute risk and relative risk in a small subgroup of patients in the study, the Washington Post reported.

On Monday night, Hahn acknowledged in a tweet that he had misspoken during the Sunday news briefing about the findings of the plasma study.

"I have been criticized for remarks I made Sunday night about the benefits of convalescent plasma. The criticism is entirely justified," Hahn wrote. "What I should have said better is that the data show a relative risk reduction, not an absolute risk reduction."

What is the actual benefit? Eric Topol, director of the Scripps Research Translational Institute, said on Twitter Monday that data gathered on the use of plasma in COVID-19 patients indicates that 3 people out of 100 would be saved at seven days of treatment and 5 at 30 days not 35.

Meanwhile, a new survey shows most parents are feeling overwhelmed and abandoned as the school year starts.

Just 1 in 7 parents said their children would be returning to school full time this fall, and most children need help with remote schooling, Times survey released recently found. Yet, 4 in 5 parents said they would have no help in that endeavor, whether from relatives, neighbors, nannies or tutors. As well, more than half of parents said they will be taking on this burden while still holding down paid jobs.

Of course, when both parents are wage earners who need to work outside the home, they cannot be in two places at once. But three-fourths of these parents said they will be overseeing their children's education, and nearly half plan to handle child care, according to the survey of more than 1,000 parents polled between Aug. 4 and Aug. 8.

Of the parents who are both working remotely during the pandemic, 80 percent will also handle child care and education, the survey showed. One in five are considering hiring a private teacher or tutor to help with remote learning.

"All the choices stink," Kate Averett, a sociologist at the University at Albany in New York who has been interviewing parents since the spring, told the Times. "There is a lot of stress, a lot of anxiety. Parents tell me about not being able to sleep because they're so anxious, or tell me they've been crying a lot. There's been a lot of actual crying during interviews."

By Wednesday, the U.S. coronavirus case count neared 5.8 million as the death toll eclipsed 178,000, according to a Times tally.

India has passed Britain to have the fourth-highest death toll in the world from the coronavirus, after the United States, Brazil and Mexico, the Post reported.

By Wednesday, India had more than 3.2 million confirmed cases of the infection and over 59,000 deaths, a John Hopkins tally shows. Britain remains the worst-hit country in Europe, the Post reported.

Brazil is also a hotspot in the coronavirus pandemic, with over 3.6 million confirmed infections by Wednesday, according to the Hopkins tally. It has the second-highest number of cases, behind only the United States.

Cases are also spiking in Russia: As of Wednesday, that country reported the world's fourth-highest number of COVID-19 cases, at over 968,000, the Hopkins tally showed.

Even New Zealand, a country that hadn't seen a new coronavirus case in 100 days, hasn't been spared.

Prime Minister Jacinda Ardern has extended a lockdown in Auckland until Sunday night, the Times reported. The restrictions had been set to expire Wednesday, but Ardern said the extra time was necessary to ensure that a virus cluster of more than 100 cases in Auckland had been brought under control. Arden also said masks were now mandatory on public transportation nationwide.

Worldwide, the number of reported infections passed 23.9 million on Wednesday, with more than 820,000 deaths, according to the Hopkins tally.